The president spoke with Axios’ Jonathan Swan in an interview Monday during which Swan asked POTUS why he would wish a person like Maxwell well.(RELATED: Ghislaine Maxwell’s Lawyers Said She Hadn’t Talked To Epstein In Over A Decade. Uncovered Emails Show Otherwise)

“First of all, I don’t know that, but I do know that her friend or boyfriend was either killed or committed suicide in jail,” Trump replied in reference to the charges against Maxwell. 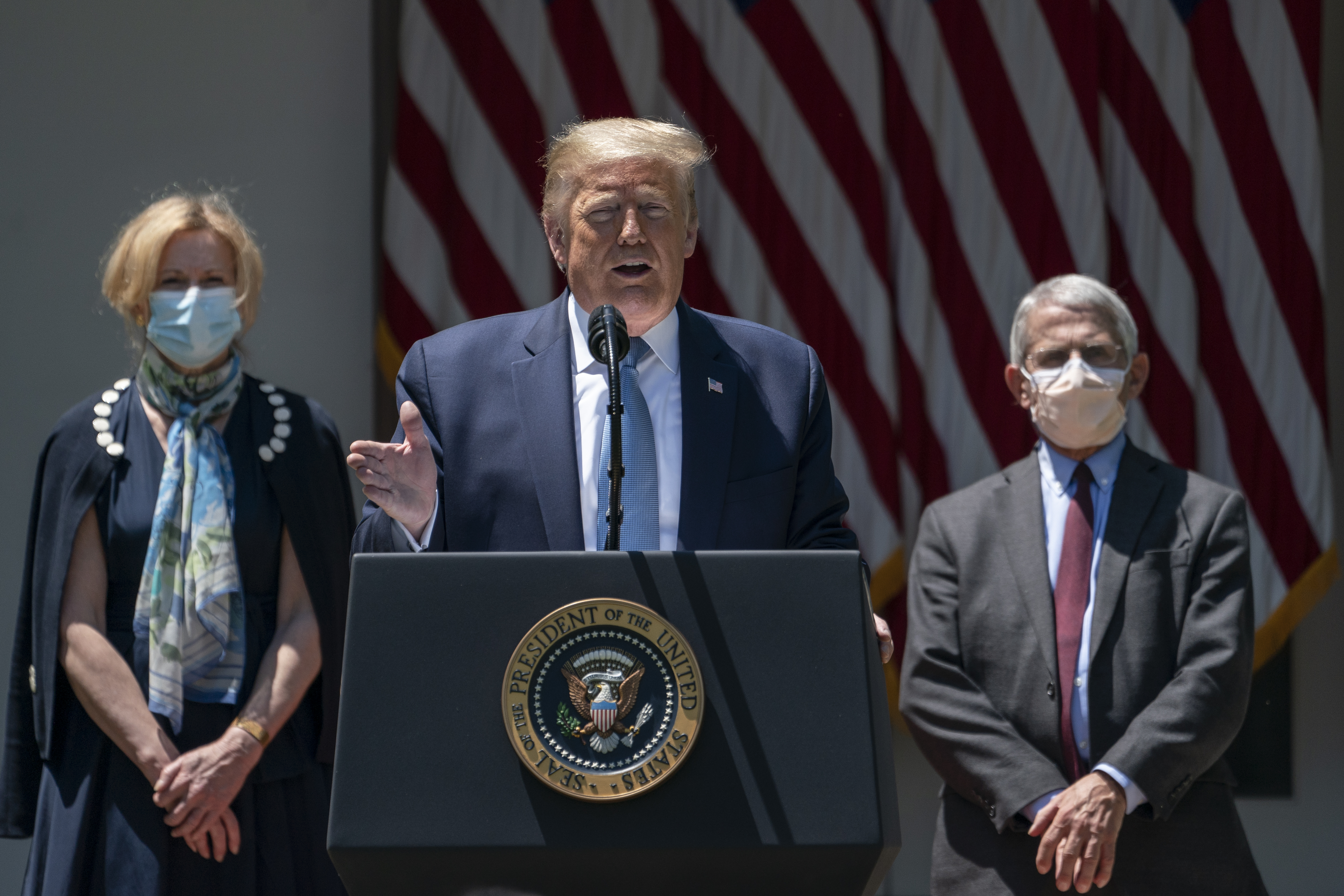 President Donald Trump with Dr. Deborah Birx (L) and Dr. Anthony Fauci (R) in the Rose Garden of the White House on May 15, 2020 in Washington, DC. (Drew Angerer/Getty Images)

“She’s now in jail, so yeah, I wish her well,” Trump said. “I would wish you well. I would wish a lot of people well. Good luck. Let them prove somebody was guilty.” (RELATED: Washington Post Highlights Trump,Maxwell Connection, Ignores Allegations That Bill Clinton Visited Pedophile Island)

Epstein died of apparent suicide in a federal jail in New York City in August 2019 one month after he was arrested.

The British socialite was arrested by the FBI at 8:30 a.m. on July 2 in Bradford, New Hampshire. A grand jury for the U.S. District Court of Southern New York indicted her shortly after, and U.S. District Judge Alison Nathan denied bail to Maxwell, saying “the risks are simply too great” to allow Maxwell to be released.