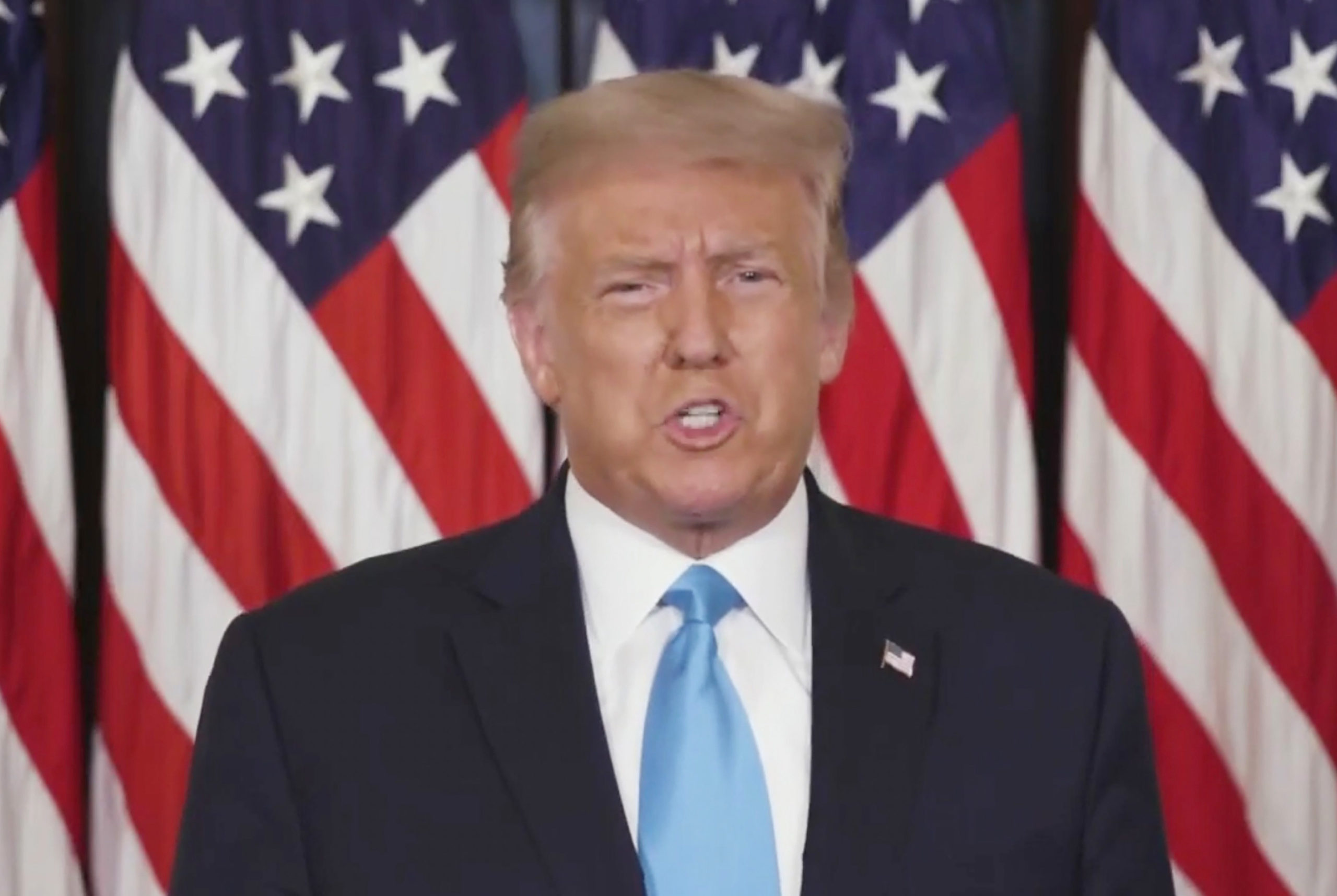 CHARLOTTE, NC – AUGUST 25: (Photo Courtesy of the Committee on Arrangements for the 2020 Republican National Committee via Getty Images)

“We will NOT stand for looting, arson, violence, and lawlessness on American streets. My team just got off the phone with Governor Evers who agreed to accept federal assistance,” he tweeted. “Portland should do the same!”

We will NOT stand for looting, arson, violence, and lawlessness on American streets. My team just got off the phone with Governor Evers who agreed to accept federal assistance (Portland should do the same!)…

…TODAY, I will be sending federal law enforcement and the National Guard to Kenosha, WI to restore LAW and ORDER!

Both peaceful protests and acts of violence have erupted in Kenosha after police were recorded shooting Jacob Blake seven times in the back Sunday evening. The small Wisconsin town has been overrun by riots and looting, and multiple additional shooting deaths occurred as armed citizens clashed with looters and rioters Tuesday evening.

The president has repeatedly urged governors this summer to accept assistance from law enforcement assets and the National Guard to stem violence spilling over from the peaceful protest of racial injustices and police brutality, re-sparked by the police killings of George Floyd and Breonna Taylor.

Daily Caller’s own Richie McGinniss was filmed attempting to apply medical aid to one individual who was shot in the head as a result of the violence Tuesday night. The individual later passed away from the injury.

Another angle of the shooting and moments after. Can see @RichieMcGinniss and others on scene giving aid. He was right next to the victim when the shooting happened.pic.twitter.com/CVfdc1DIQx

In particular, critics decried the Trump administration’s deployment of Department of Homeland Security forces to protect the federal courthouse in Portland, Oregon from rioters.

DHS, the White House, and the National Guard did not return Daily Caller’s inquiries regarding the number of troops and assets being sent to Kenosha by press time.