The Thin Blue Line flag was banned from a football field after multiple complaints about a high school football team charging the field with it, local outlet News4Jax reported Tuesday.

Social media posts criticized the football team at Duncan U. Fletcher High School in Neptune Beach, Florida, for carrying the flag, which is an America flag with one blue stripe, onto the field before their games, News4Jax reported. School officials said the administration decided to ban the flag after the posts and multiple other complaints emerged, according to the station. (RELATED: Two High School Football Players Reinstated After Running Thin Blue Line Flag On Field)

The team ran onto the field with the flag for 11 games in the 2019 season and again in a Sept. 13 against the Fleming Island team last week, News4Jax reported. School administrators banned the flag this week, according to the News4Jax video.

Lori Lavender said her son, Caelen, one of the players, started the tradition of running with the flag onto the field to commemorate his father, according to News4Jax. Lavender said from her family’s perspective, showing the flag was neither political nor racist.

“It is all about my son’s love for his dad and his memory,” Lavender said, according to News4Jax.

Lavender’s husband, who was in law enforcement for 29 years, died without warning in August 2019, News4Jax reported. 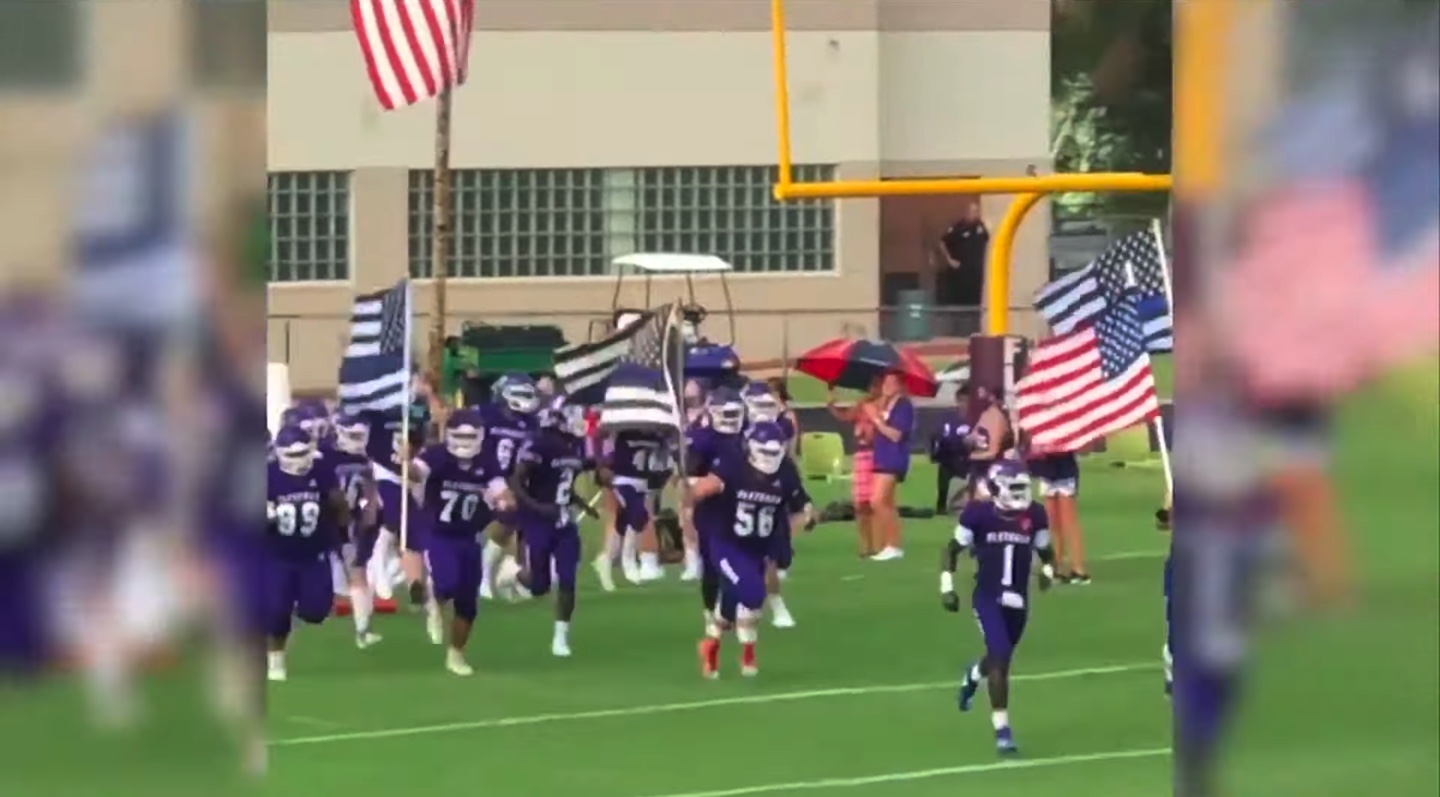 “The flag, which is known as the Thin Blue Line flag, has different meaning for different people, and rather than representing the young man’s personal feelings, it was being interpreted as a political statement of the team and of the school,” Principal Dean Ledford said in a statement, according to News4Jax.

Ledford said the student was permitted to run with the flag since 2019, according to News4Jax.

“In consultation with the coaches, I determined that the act of using this flag in this personal way, while in the context of the football game opening ceremony, could easily be construed as representing a political position of our school and not just the personal feelings of the student and his teammates. Therefore, I have determined that it is no longer appropriate to continue. I am in conversation with the student and his teammates about ways they can appropriately express their personal views,” Ledford said, according to News4Jax.

Steve Zona, the president of the Fraternal Order of Police Jacksonville Lodge 5-30, criticized the decision, according to News4Jax.

“This is a prime example where it was as innocent as can be, there is no politics involved, no us versus them, simply to honor a great man and allow his kids in the football team to honor him, and they have taken those, hijacked it and called it racism,” Zona told News4Jax.

“And now the son and these kids are suffering because of it,” Zona continued to tell News4Jax.

Ledford, Lavender and the Fraternal Order of Police did not immediately respond to the Daily Caller News Foundation.