In case you didn’t notice, our country is completely falling apart. There are so many problems that they are hard to list out at this point, but the biggest, by far, is the increasing animosity between Americans of different political persuasions. People think those on the other side are evil and need to be destroyed. There have always been views like that on the fringes, but the fringes have made huge advances and are now dominating our discourse. And it’s not just discourse. We are seeing actual political violence on a scale not seen since the late 1960s. Most Americans my age have never imagined our country in a state of civil war, but can you honestly say that idea is as ludicrous today as it was 10 years ago? We are sliding fast in a bad direction, and it’s time for people of goodwill to come together to put it to an end.

The Supreme Court question before us has the potential to take things even further. For many decades, the Senate required a 60-vote supermajority to confirm judges. This Senate rule meant the system would not work without some level of consensus. That’s not always fun for the side that doesn’t get its way, but it adds a level of stability that helps our country ride out the waves of our political emotions. (RELATED: House Democrats Preparing Bill To Impose Term Limits On Supreme Court)

Former Democratic Senate Majority Leader Harry Reid was the first to begin to erode our current system. Reid decided it was too hard to get his judges through with a supermajority requirement, so he and his fellow Democrats unilaterally changed the rules to allow them to ram through judges up to the appellate court level on a 51-vote majority basis. This worked to get Reid’s judges through. It also marked the end of our consensus system in the Senate and the start of our pure power politics system. 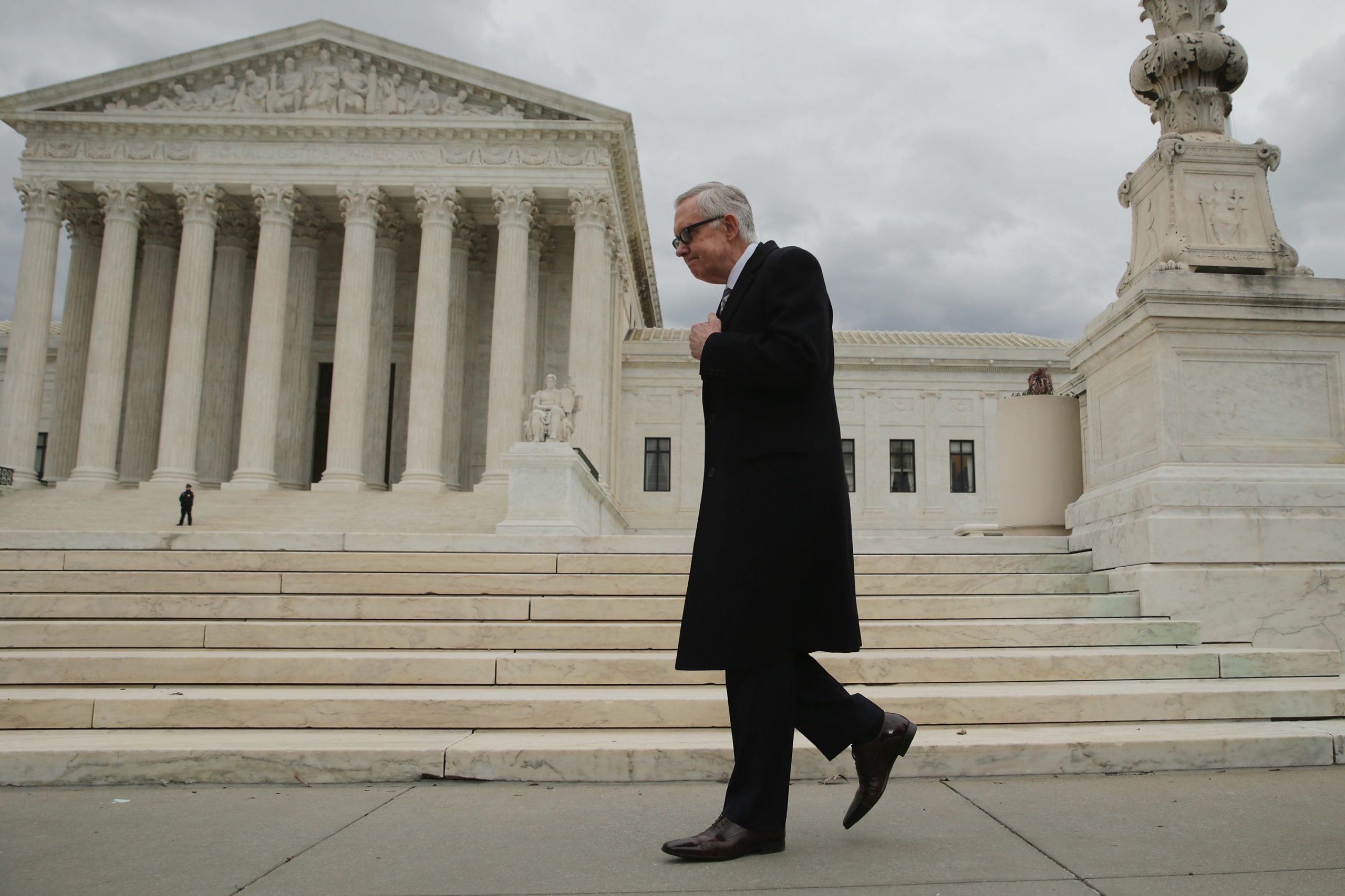 What followed was predictable. Republicans took power back in the Senate, and they not only followed Reid’s example but also expanded it to include Supreme Court votes. This, of course, enraged the left and added to the cycle of extreme partisanship we are still experiencing.

Now even moderate Democratic Senators have indicated they may favor getting rid of the filibuster altogether in the Senate, if they take power next year. This means that instead of needing 60 votes for tough legislation, absolutely everything could be passed with a simple majority. The top leaders, including former Vice President Joe Biden, are indicating that if they are elected and can’t implement their agenda with a 60-vote requirement, they will kill the filibuster altogether. The actions they are talking about taking include truly radical concepts such as the Green New Deal and expanding the Supreme Court and packing it with their own judges to effectively neuter another supposedly coequal branch of our government.

In the face of this insanity, we are now presented with the sudden and tragic death of Justice Ruth Bader Ginsburg close to our coming election. Many of the same Democrats who were just talking about killing the filibuster to push through a radical agenda are now sending out talking points about how tradition requires that Senate Majority Leader Mitch McConnell hold off on a vote to let the next president decide on our new nominee after the election. 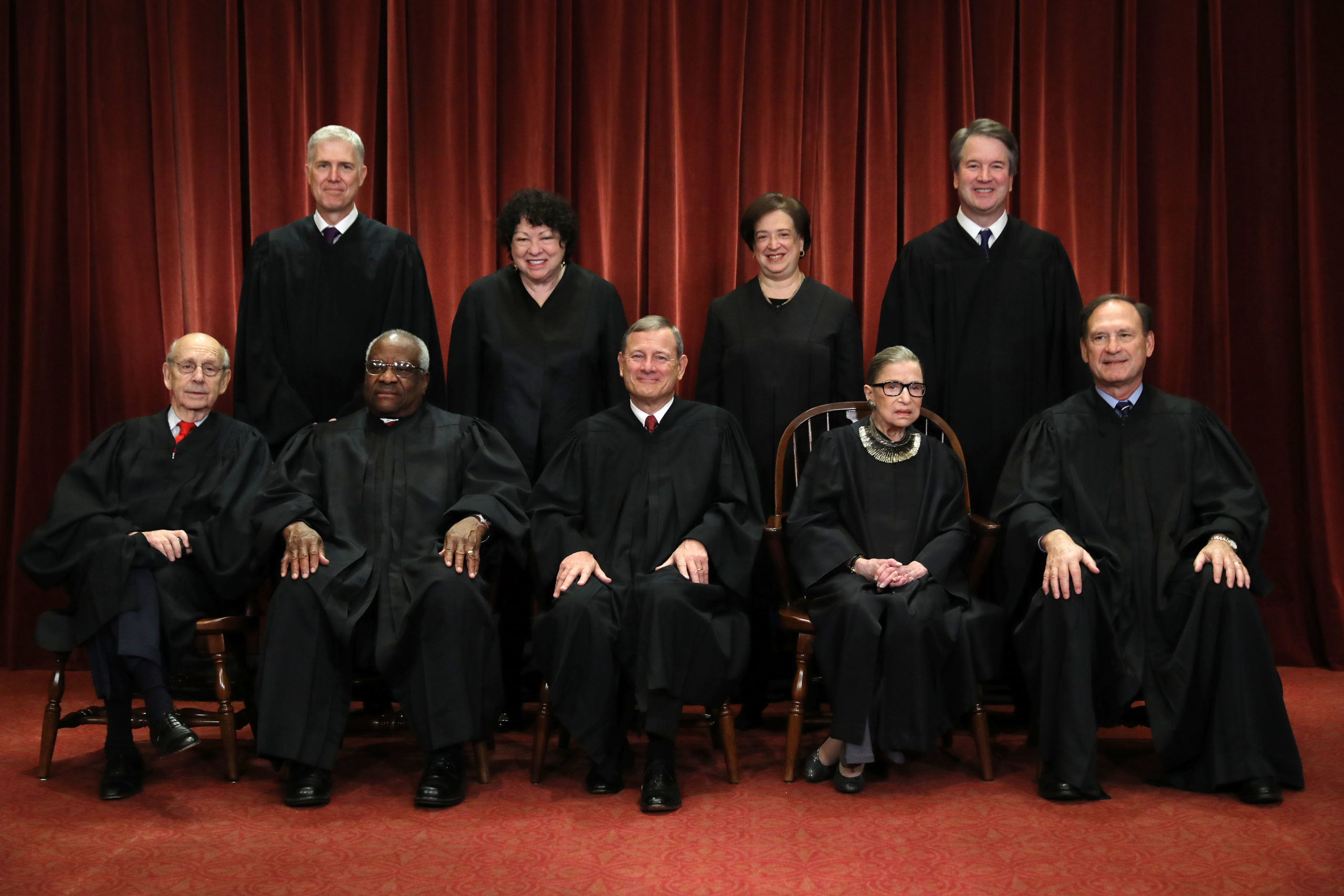 Democrats seem to want it both ways. But we are either operating under pure party politics or we are sticking with comity, tradition and stability. I would love another conservative justice, but, more importantly, I’d like a country that begins to heal and doesn’t swing back and forth every two years from the partisan agenda of one side to the partisan agenda of the other. Given how split our country is, with the voters in the middle swinging back and forth every few years, this is exactly what we should expect. But based on their own actions, how can Democrats expect McConnell and President Donald Trump to do anything short of using every ounce of political power at their disposal to usher in a new conservative Supreme Court justice?

As Democrats scream about this, they should pause to consider their own role in how we got here. Democrats followed up Reid’s destruction of the filibuster for judges with a truly brutal and underhanded attack on Brett Kavanaugh, an honorable family man forced to fight with every ounce of his being to restore his reputation after the most salacious and evidence-free charges from the likes of sham artists such as Michael Avenatti (remember him?), who peddled made-up gang rape stories. The moderate Republicans that Democrats are now hoping will break with Trump and McConnell were outraged by this behavior and by the fact that mainstream Democratic politicians joined the character assassination. Republicans have not treated Democratic nominees this way and, in fact, have given most Democratic nominees substantial bipartisan votes for confirmation. This is the way the system should work. Democrats who are screaming about it now need to look in the mirror and ask how anyone should take them seriously as they hop back and forth from the most brutal partisan politics to calls for civility and tradition as the moment suits their interests. Wonder how McConnell is able to keep moderates like Sen. Mitt Romney on board for a vote? He should thank the Democrats now complaining most. They made his job a lot easier.