Election night 2020 offered a number of last-minute surprises, but to the hundreds of Trump supporters gathered Tuesday evening at the White House, it was a good old fashioned party.

The Trump campaign originally planned on hosting its victory party at the Trump Hotel. But potentially worried about facing a landslide for former Vice President Joe Biden, the decision was passed down — the president and his guests would watch the results come in from the White House and celebrate them if the opportunity arose. 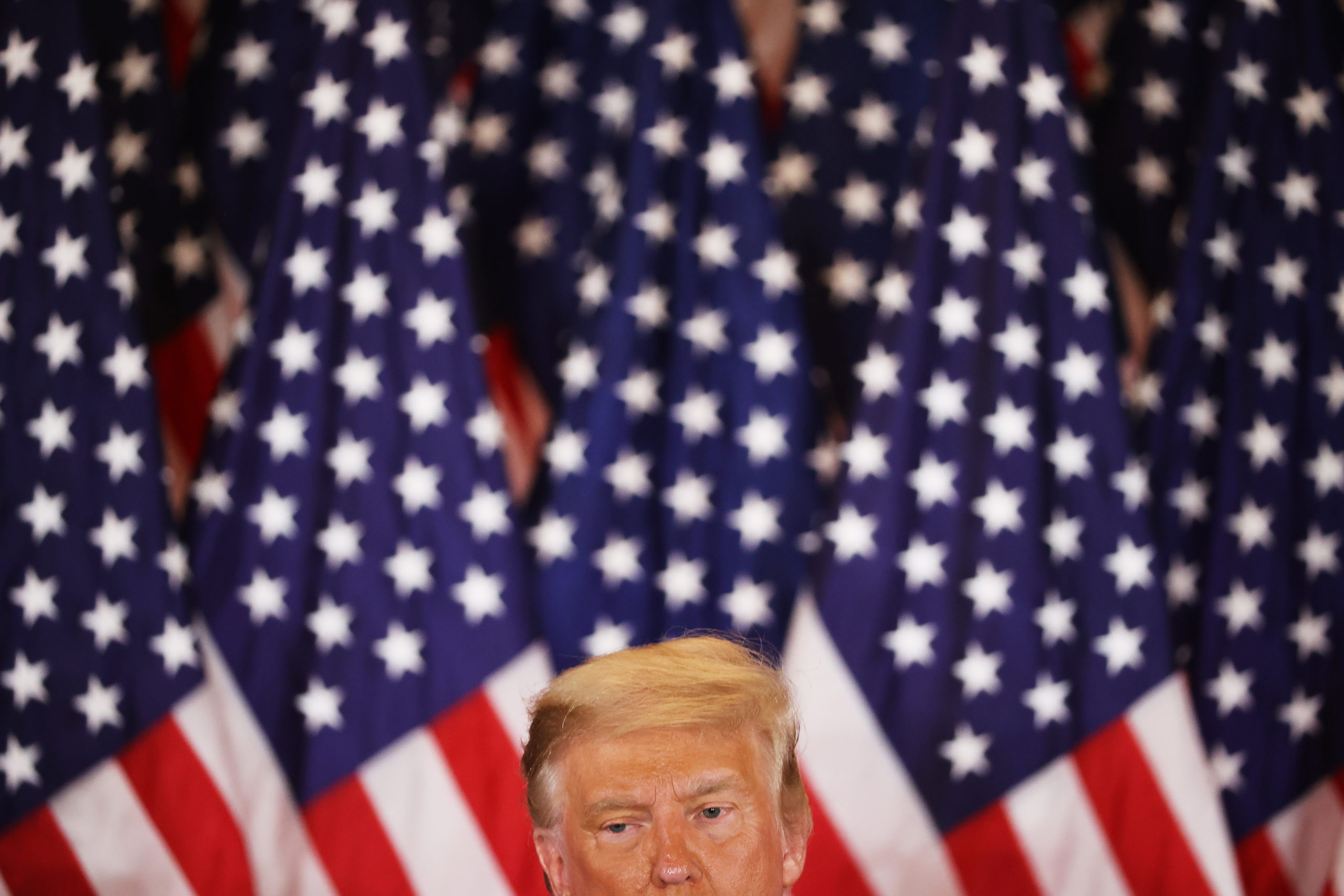 WASHINGTON, DC – NOVEMBER 04: U.S. President Donald Trump speaks on election night in the East Room of the White House in the early morning hours of November 04, 2020 in Washington, DC. Trump spoke shortly after 2am with the presidential race against Democratic presidential nominee Joe Biden still too close to call. (Photo by Chip Somodevilla/Getty Images)

According to Trump himself, the White House hosted hundreds of administration and campaign officials, donors and other Republican VIPs. Numerous administration alums, including former counselor to the president Kellyanne Conway and former White House press secretary Sarah Sanders, floated between the East Room and the Pebble Beach media row on the White House’s northern driveway, where they performed television hits praising Trump’s performance in various states. (RELATED: ‘We Did Win This Election’ — Trump Says He’s Bringing Election Issue To Supreme Court)

Out of the hundreds of guests, very few were wearing masks.

Fox News’ election coverage played throughout the evening on massive screens, and whenever the decision desk called anything for the Republicans — like South Carolina Republican Sen. Lindsey Graham staving off challenger Jamie Harrison — the crowd erupted. While some Trump officials entered the day concerned about the president’s chances, the mood shifted to “calmly confident” as Trump picked up wins in states like Florida and Ohio.

And what’s a celebration without food and drink?

What a meal tonight looks like at the trump WH watch party rn, sent along by trump legal adviser @JennaEllisEsq, who is at the party and says the mood from potus on down is great at the moment. Let’s see how that holds at the finish line… pic.twitter.com/lNh6369cJg

Guests dined on all of the president’s favorites: hamburgers, chicken tenders, french fries and pigs in a blanket, and while Trump himself doesn’t partake, the booze was definitely flowing. The Daily Caller observed more than a handful of outside attendees who might have had one too many glasses of wine by the time POTUS took the stage just before 2:30 a.m.

Trump, flanked by Vice President Mike Pence and first lady Melania Trump, spent roughly 10 minutes addressing supporters and the press. He thanked his supporters, celebrating victories in states across the country — some of which had not officially been called yet — and vowing to take his election fight all the way to the Supreme Court. (RELATED: ‘Burn It Down’: Hundreds March Through The Streets Of DC On Election Night)

It should be noted that White House officials said early Wednesday morning they would provide the Caller with specific information regarding Trump’s Supreme Court promise, but had not delivered by press time.

Despite Trump’s optimistic declaration of victory, the battleground states of Georgia, Michigan, Pennsylvania, North Carolina, Nevada and Wisconsin are still counting ballots and remain too close to call. In some cases, final results are not expected to be tallied until Friday.

Biden’s remarks, delivered roughly two hours prior to Trump’s, expressed a similar optimism to the president’s, but stopped short of declaring outright victory.

“We feel good about where we are. We really do,” Biden said in Wilmington, Delaware. “It ain’t over until every vote is counted, every ballot counted.”