The number of Americans filing new unemployment claims decreased to 712,000 last week as the economy continued to suffer the effects of the ongoing coronavirus pandemic, according to the Department of Labor.

“What we’re seeing overall is some stagnation in the labor market,” Kathy Bostjancic, an economist at Oxford Economics, told The Wall Street Journal. “I think you’re seeing a marked cooling in demand for workers amid overall slowing in economic momentum.” 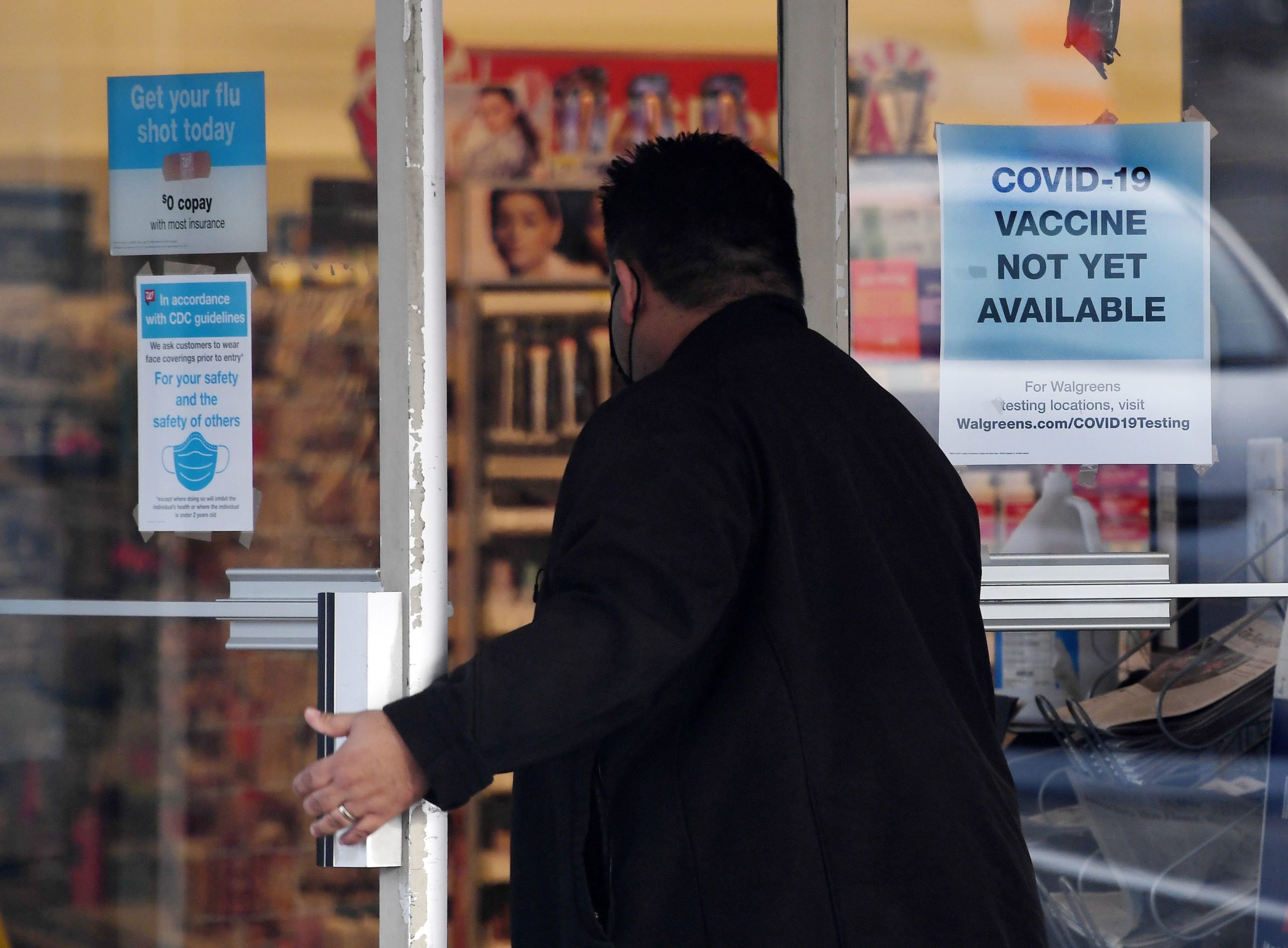 A man walks into a store with a “Covid-19 vaccine not yet available” sign in Arlington, Virginia on Dec. 1. (Olivier Douliery/AFP via Getty Images)

The Dow Jones Industrial Average surged at the end of November, surpassing 30,000 for the first time in the index’s history due to positive vaccine developments, according to CNBC.

The U.S. added 638,000 jobs in October, while unemployment fell to 6.9%, according to the Department of Labor data released Nov. 6. The U.S. economy surged by a record 33.1% in the third quarter. (RELATED: Dow Jones Stock Market Index Hits All-Time High, Surpasses 30,000)

Average coronavirus cases and deaths per million have been increasing steadily in the U.S. since mid-October, according to The COVID Tracking Project. On Wednesday, the U.S. reported 2,733 new coronavirus-related deaths and 195,695 new cases while 100,226 Americans remained hospitalized from the virus.

The Department of Labor will release the November unemployment report on Friday.