Homeland Security Secretary Alejandro Mayorkas said Tuesday that the number of migrants apprehended at the United States’ southern border is on track to hit a two-decade high.

“We are on pace to encounter more individuals on the southwest border than we have in the last 20 years,” Mayorkas said in a statement. “We are expelling most single adults and families. We are not expelling unaccompanied children.”

“Our goal is a safe, legal and orderly immigration system that is based on our bedrock priorities: to keep our borders secure, address the plight of children as the law requires, and enable families to be together,” he added.

Mayorkas said that most of those apprehended at the border were single adults and that the U.S. was expelling them back into Mexico both as a public health measure.

Mayorkas acknowledged that the surge has put the country in a “difficult” situation. While the Biden administration has refrained from labeling the situation at the border as a crisis, even as the president deployed the Federal Emergency Management Agency to help the Department of Homeland Security with the overflow of migrants.

“Mexico’s limited capacity has strained our resources, including in the Rio Grande Valley area of Texas,” Mayorkas said. “When Mexico’s capacity is reached, we process the families and place them in immigration proceedings here in the United States.” (RELATED: House Preps To Pass Two Immigration Bills As Border Crisis Intensifies) 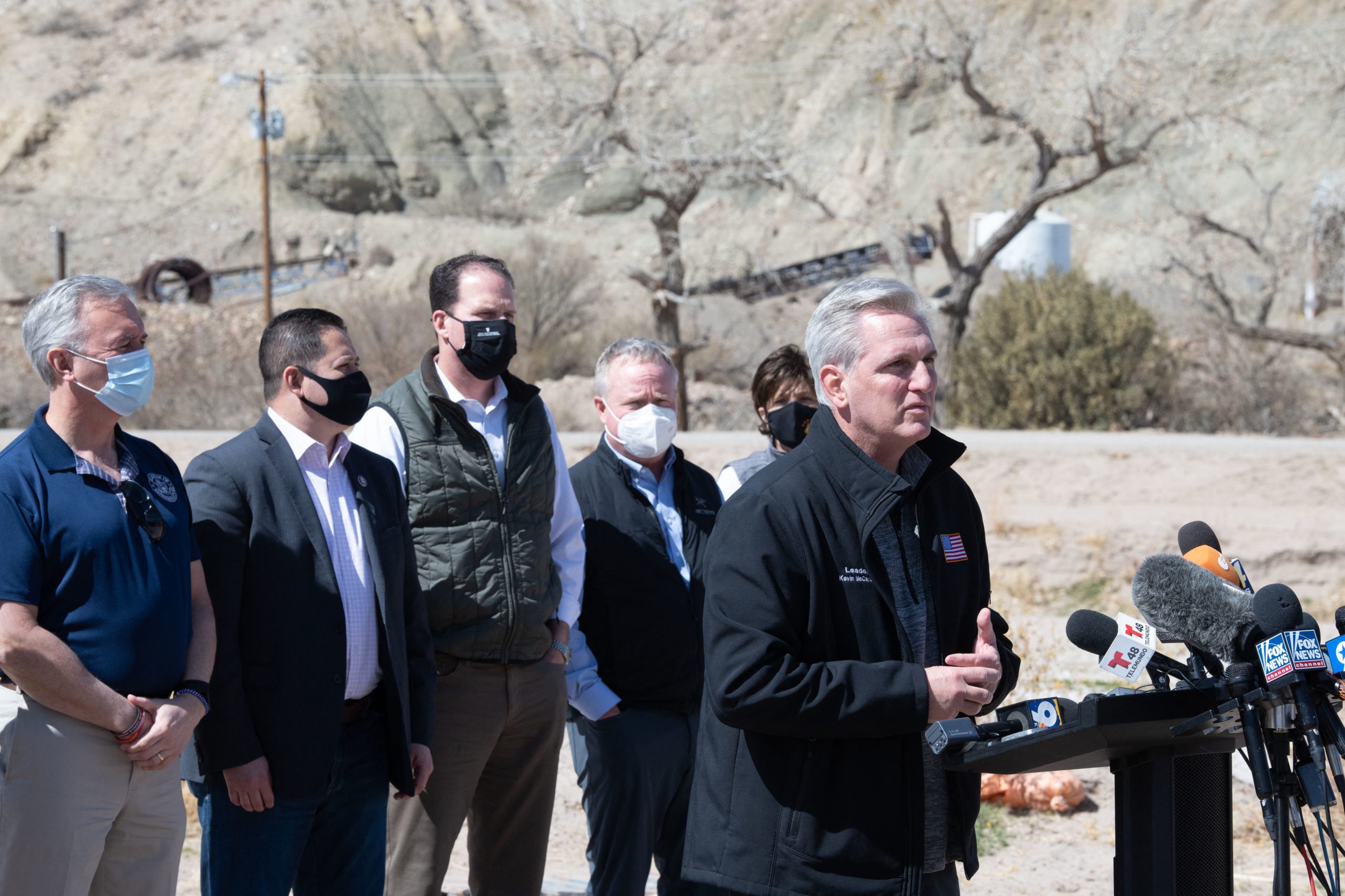 But Mayorkas defended his administration’s policies, pushing back against Republicans who have tried to tie the surge of migrants to President Joe Biden’s immigration initiatives. He alleged that former President Donald Trump’s administration “completely dismantled the asylum system.”

“The system was gutted, facilities were closed, and they cruelly expelled young children into the hands of traffickers,” Mayorkas said, contending that the new administration was tasked with rebuilding the system as a result.

“We are creating joint processing centers so that children can be placed in HHS care immediately after Border Patrol encounters them,” he said.

House Minority Leader Kevin McCarthy led a 12-member delegation to the border Monday, saying the situation was worse than he imagined during a press conference. (RELATED: Border Democrats Are Starting To Speak Up About Biden’s Immigration Policies)

“It’s worse than a crisis,” McCarthy said. “I thought I would see a crisis, but this is really a human heartbreak.”