Former President Donald Trump told Fox News correspondent Mark Meredith that he plans to “make a decision” on a potential 2024 presidential run “in the not too distant future.”

The former president spoke in Greenville at the North Carolina Republican Party State Convention and repeated many talking points from his various statements since leaving office. (RELATED: ‘Next Time I’m In The White House’: Trump Hints At Potential 2024 Run Again)

The event marked Trump’s first appearance since losing the 2020 election outside of Florida and he spent time slamming President Joe Biden, touting his administration’s accomplishments and speaking out about immigration and China.

“I’m going to make a decision, it will be a decision where I think a lot of people are going to be very happy but I’m not really prohibited because of all of the campaign finance rules and other things from even discussing that very much, but I will tell you that I’ll make a decision in the not too distant future, maybe sooner than people think. And I think they’re going to be very happy,” Trump said after his speech regarding a potential 2024 run.

Trump also addressed whether, if he decides to run, former Vice President Mike Pence would be on the ticket again. The former president wouldn’t commit to this and noted he “was disappointed with Mike on one thing.” Trump also declared it “too early to be discussing running mates.”

“I was disappointed on one account, but that was a choice that Mike made, and I want people to make their own decisions and he did,” Trump added. “And, you know Mike and I have a good relationship, we continue to have a good — but it’s too early to be discussing running mates certainly.”

Later on in the interview, Trump refused to say whether he thinks there’s anything Biden has done “a good job with” since taking office. Instead, Trump reiterated many of his past complaints, criticizing the president over the border, the economy and more.

When asked if he misses being president, Trump told Meredith he misses “helping people” before going back to condemning the current administration.

“No, nobody can be happy with what’s happening in this country, with respect to leadership,” he declared.

During his speech, Trump had his daughter-in-law Lara Trump on the stage and she announced that she wouldn’t be running to be a North Carolina senator. Trump endorsed Republican North Carolina Rep. Ted Budd, who announced Saturday evening that he plans to run for the Senate seat. 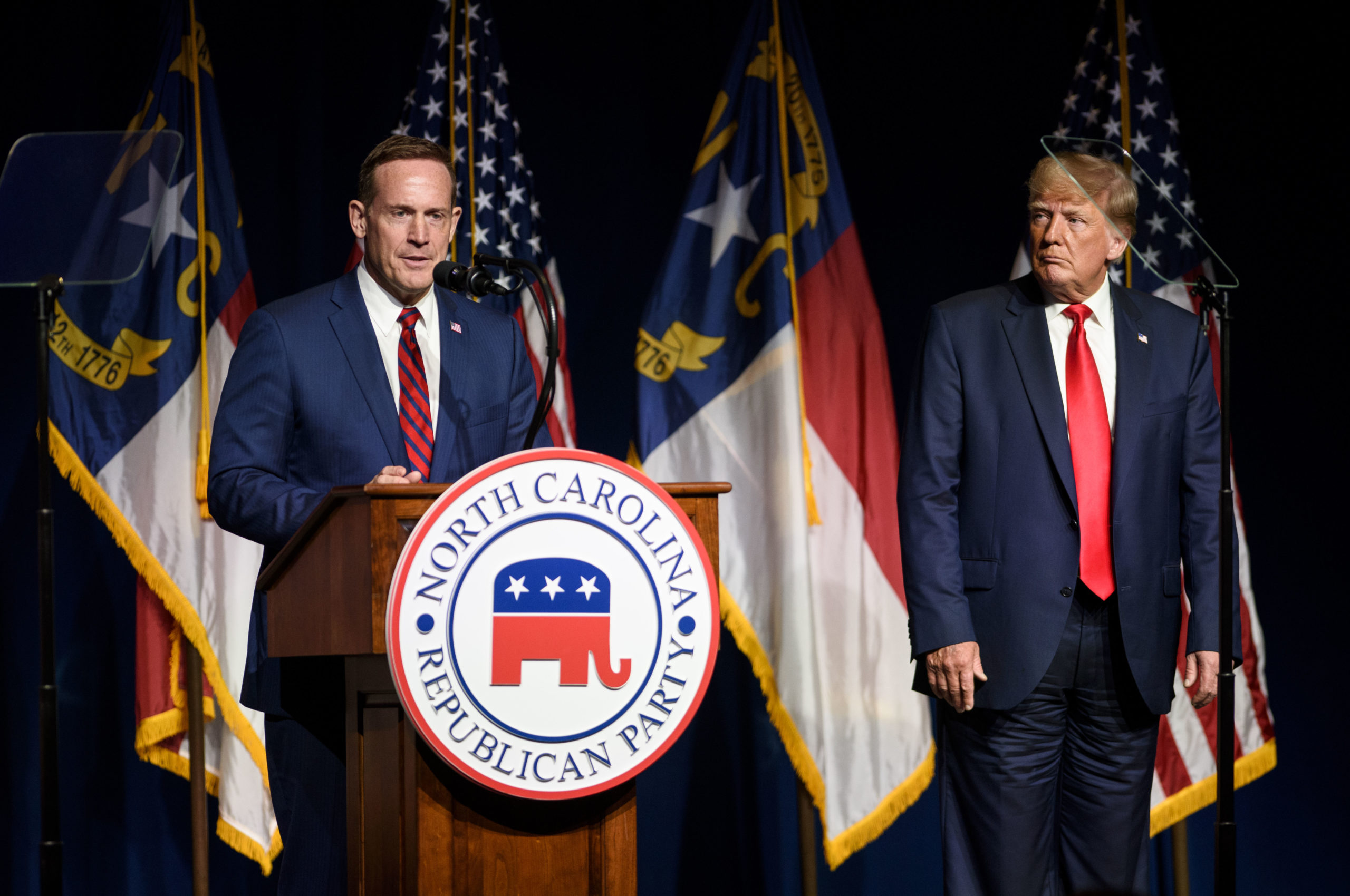 Trump touted being “right” on the lab leak theory, which was dismissed by much of the media and many lawmakers throughout 2020. The theory suggests that COVID-19 emerged after leaking from a lab in China. Biden recently asked intelligence agencies within the U.S. to “redouble their efforts” in finding a cause for COVID-19 after a report left two viable options, one of which is the lab leak theory, on the table.

“We had this horrible thing come in from China,” Trump said. “And we got that one right too, by the way. Did you see what’s going on over the last — with the lab? Wuhan. That was an easy one.”

Hinting again at a 2024 run, Trump said this is “a year that I very much look forward to” during his speech Saturday night. The former president also teased a potential run during his February speech at the Conservative Political Action Conference.