The Consumer Price Index has increased 5% over the last 12 months, the fastest pace of inflation since August 2008, according to a Department of Labor report.

The Consumer Price Index (CPI), a common tool used to measure inflation, increased 0.6% between April and May, according to the Labor Department report released Thursday morning. Economists projected that the CPI increased by 0.5% and 4.7% over the 12-month period ending in May, according to The Wall Street Journal.

Deutsche Bank Chief Economist David Folkerts-Landau, meanwhile, warned this week that inflation was a “time bomb,” CNBC reported. He said it could trigger a “significant recession and set off a chain of financial distress around the world.”

“The effects could be devastating, particularly for the most vulnerable in society,” Folkerts-Landau said, according to CNBC. 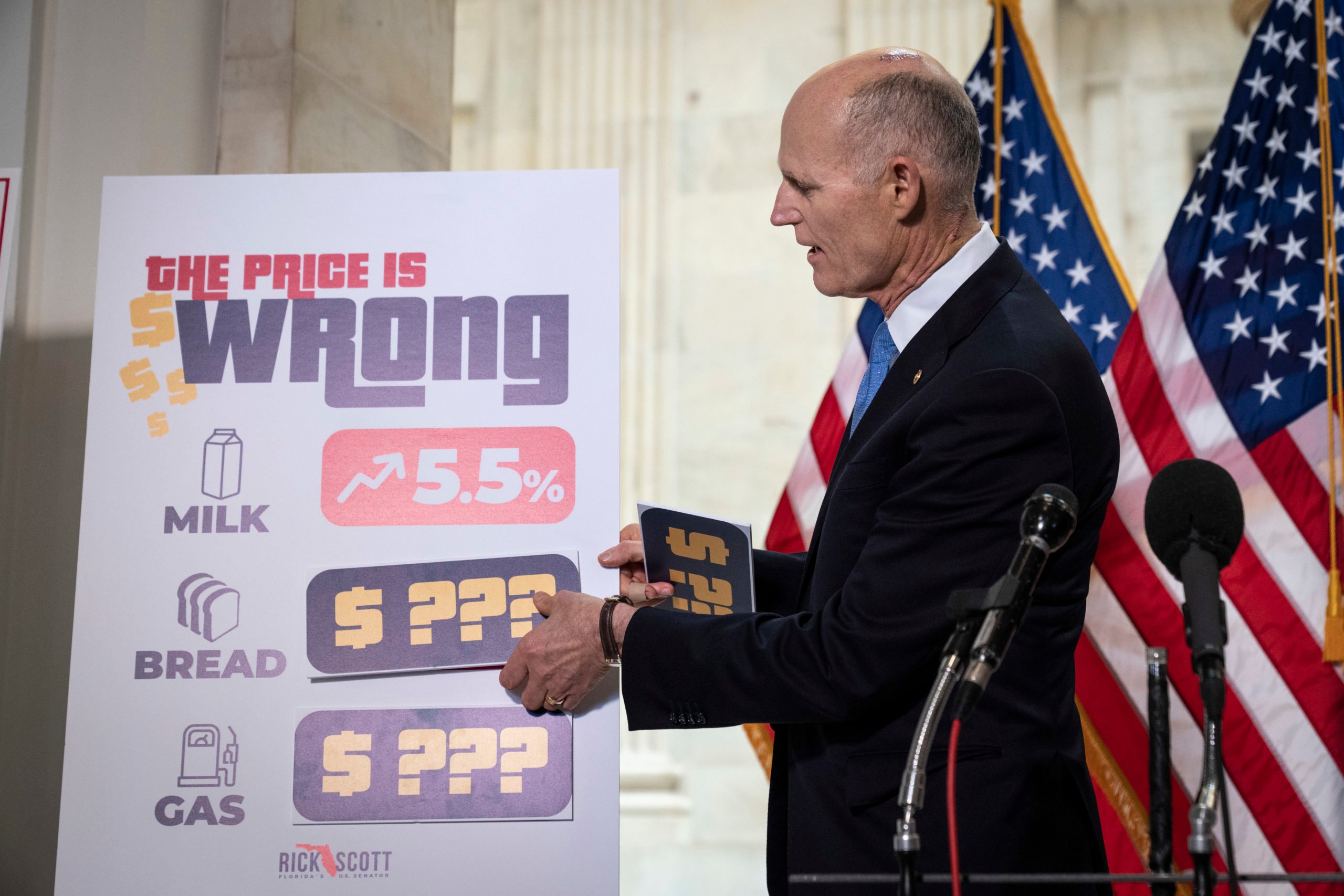 Sen. Rick Scott speaks during a news conference about inflation on May 26. (Drew Angerer/Getty Images)

But Federal Reserve and Treasury Department officials have remained steadfast, arguing that while prices may increase in the short term, they would eventually return to normal levels. Treasury Secretary Janet Yellen even admitted on Sunday that President Joe Biden’s policies may trigger inflation, but that it wouldn’t overheat the economy.

Top economists like Folkerts-Landau have disputed arguments that have downplayed the economic threat posed by inflation.

“Even if this is just a temporary phenomenon over a few years — let’s say you did have inflation at an elevated rate of, let’s say, 5% per year over the next three years — that means after that three-year period, the value of the dollar that you have in your pocket now is worth about 20% less,” Heritage Foundation research fellow Joel Griffith told the Daily Caller News Foundation last month.

Republicans, led by Florida Sen. Rick Scott, have been critical of the Biden administration’s economic policies, which they’ve blamed for rising prices. They said the president’s increased spending will continue to cause inflation to spin out of control.

Biden has proposed infrastructure and welfare plans, which would cost roughly $4 trillion altogether. The president said that the economic recovery may lead to “price distortions” during remarks made on May 27.

A recent survey of millionaires showed that wealthy investors are concerned about inflation that may be caused by Biden’s proposals, CNBC reported.

The CPI increased 4.2% between May 2020 and April, according to a report released last month. In that same period, the Personal Consumption Expenditures price index, the Federal Reserve’s preferred inflation gauge, took its biggest 12-month leap since 1992.