The Pentagon’s top spokesperson admitted that the Taliban’s aggressive advances in Afghanistan as U.S. troops near their complete withdrawal are “concerning.”

Department of Defense spokesperson John Kirby acknowledged that the Taliban, a political and terrorist group, continues to take over large swaths of Afghanistan, but said the U.S. still believes a political solution is possible in an interview with CNN on Friday. The majority of American troops stationed in the Middle Eastern nation have withdrawn and the U.S. has given multiple bases over to Afghan military forces, U.S. Central Command announced last week.

“What we have seen is a deteriorating security situation on the ground, no questions about that, that the Taliban continues to take district centers … I am not in a position to quantify or validate what their assessment is,” Kirby told CNN.

“It is concerning and it is all the more reason, as the President said yesterday, for us to want to see a political solution and an end to this fighting,” he continued. (RELATED: Taliban Shows Off Containers Of Weapons As US Troops Withdraw)

Taliban spokesperson Shahabudding Delawar said the group has taken control of roughly 85% of Afghanistan’s territory during a news conference in Russia on Friday, CNN reported. The Taliban also recently captured two border crossings that are key to the Afghani economy. 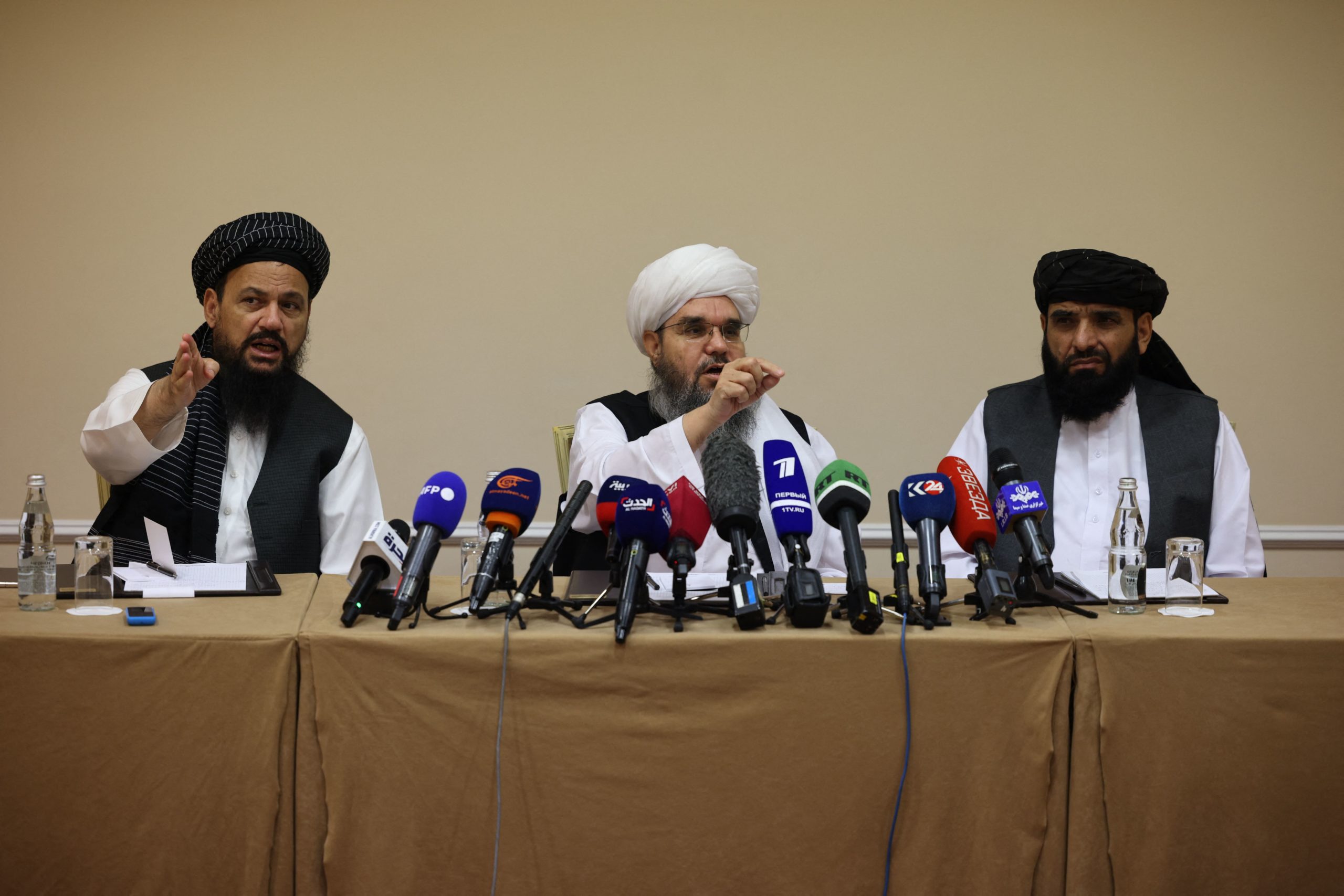 Delawar said that the Taliban would ensure economic crossings continued uninterrupted and that businesses within the group’s territory were operational, according to CNN.

The Afghanistan government has lost nearly 40% of the districts it controlled on May 1 as of Monday, according to the Long War Journal. Overall, the government controls 70 districts, the Taliban controls 204 districts and 124 districts are currently contested.

More than 1,000 Afghan soldiers were forced to retreat into neighboring Tajikistan earlier this week after Taliban advances.

On Thursday, meanwhile, President Joe Biden reaffirmed the U.S. military’s plans to completely withdraw from Afghanistan. The remaining U.S. troops in Afghanistan are on track to completely vacate the nation by Aug. 31, Biden said.

“The drawdown is proceeding in a secure and orderly way, prioritizing the safety of our troops as they depart,” Biden stated during his remarks.

“We did not go to Afghanistan to nation-build,” he continued. “And it’s the right and the responsibility of the Afghan people alone to decide their future and how they want to run their country.”

The U.S. military has equipped the Afghan Ministry of Defense with advanced weaponry, equipment and training necessary for transforming it into a modern military, according to Biden. The U.S. will continue providing more equipment to the nation for an indefinite period of time.