Former President Donald Trump said Tuesday that he will meet with Republican Wyoming Rep. Liz Cheney’s primary challengers in New Jersey next week before he makes an endorsement in the race.

Trump released a statement saying there will only be one candidate running against Cheney, saying he wants to make sure he picks the right one to endorse. He said the meeting will take place at Trump National Golf Club Bedminster.

“This is a ‘hot’ race with some very interesting candidates running against her. Remember though, in the end we just want ONE CANDIDATE running against Cheney,” Trump said in the statement. “I’ll be meeting with some of her opponents in Bedminster next week and will be making my decision on who to endorse in the next few months. JUST ONE CANDIDATE. Thank you!”(RELATED: Trump Calls On GOP To Oust Cheney From House Leadership, Put In Stefanik) 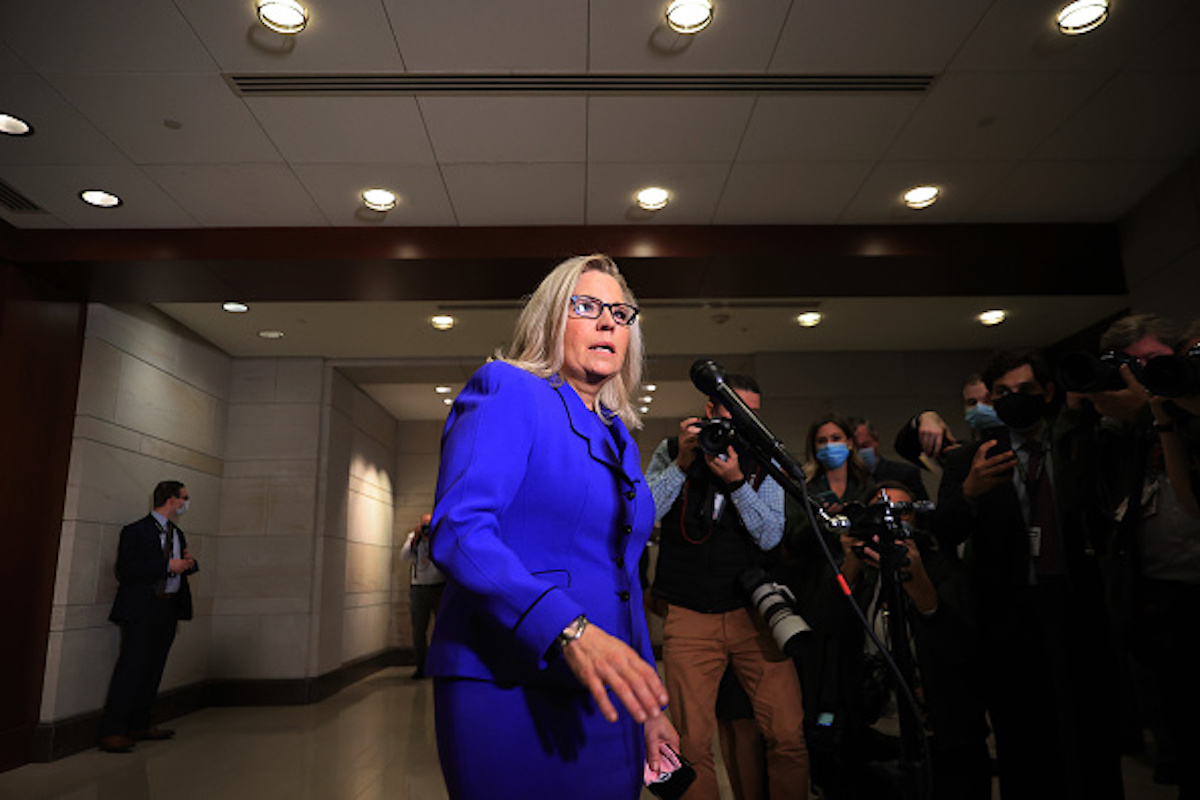 Rep. Liz Cheney (R-WY) talks to reporters after House Republicans voted to remove her as conference chair in the U.S. Capitol Visitors Center on May 12, 2021 in Washington, DC. (Photo by Chip Somodevilla/Getty Images)

Cheney, who is up for reelection in 2022, has continued to face criticism for voting in favor of impeaching Trump. The Wyoming Republican Party censured her in February over her impeachment vote. (RELATED: Trump Supports Rep. Elise Stefanik To Replace Liz Cheney As House GOP Conference Chair)

Since impeachment, Cheney has been vocal about her disdain of the former president. House Minority Leader Kevin McCarthy criticized Cheney in May, saying she has “real problems.” (RELATED: Liz Cheney Ousted From Republican Leadership Role)

Cheney said in April during a podcast with Punchbowl News that she believes she will win reelection.

“But I also think there are some pretty big constitutional issues at stake, and I think those are really important,” she added. “So anybody who wants to get in that race and who wants to do it on the basis of debating me about whether or not President Trump should have been impeached, I’ll have that debate every day of the week.”