MCALLEN, Texas — Customs and Border Protection agents are so overwhelmed with the number of migrants arriving at the southern border they’re having a hard time verifying whether some illegal migrants are minors or adults, agents told the Daily Caller News Foundation on Tuesday.

Customs and Border Protection (CBP) officials are supposed to conduct extensive interviews with migrants they suspect of lying about their age, a senior agent told the DCNF. The agents spoke to the DCNF on the condition of anonymity since they were not authorized to speak on the matter.

“In the past, our intelligence would interview these subjects until eventually getting them to admit they had falsely claimed to be minors. But now with the sheer volume of people coming in and people that we have to process and move, that part of the equation is just a hindrance and would create a bottleneck,” the senior CBP agent told the DCNF. “In other words, our processing machine has now switched gears to quantity over quality. Sad.” 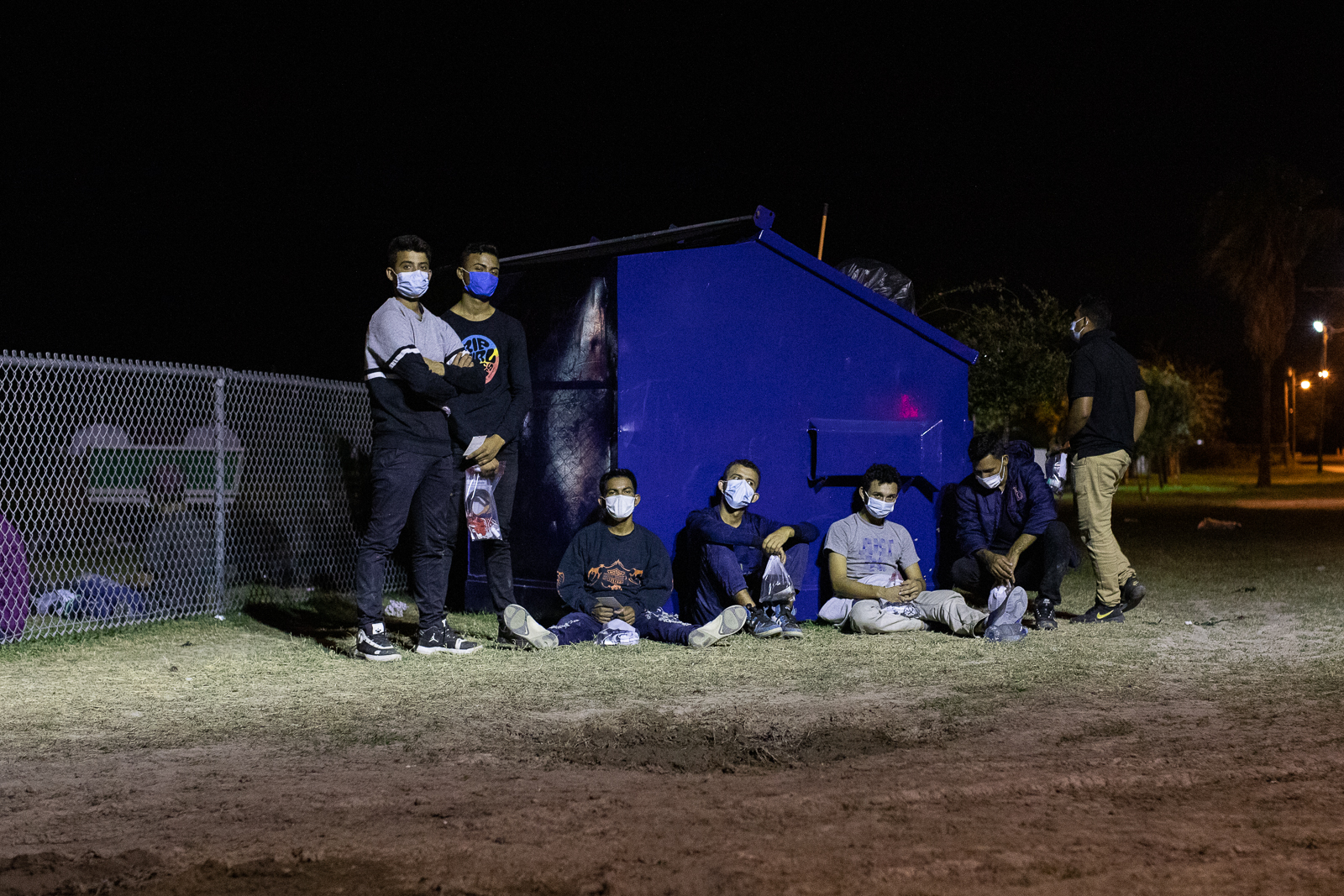 Some migrants traveling in a group consisting of only men attempted to avoid law enforcement officials after illegally entering the U.S. by running into bushes told Border Patrol agents they were 17 years old after they were apprehended near La Joya, Texas on August 7, 2021. (Kaylee Greenlee – Daily Caller News Foundation)

“I don’t know what else there is to say about it. It [migrants claiming to be minors] happens all the time. They are being coached and playing the system,” the senior agent added. The agent said, “I honestly could not begin to tell you what happens” when asked about how agents proceed after encountering a migrant suspected of lying about their age.

Some migrants traveling in a group consisting of only men tried to avoid law enforcement officials after illegally entering the U.S. by running into tall brush and told Border Patrol agents they were 17 years old after they were apprehended near La Joya, Texas on Aug. 7. The migrants (pictured above) had deep wrinkles across their foreheads and a couple of their hairlines were receding or thinning.

Border Patrol officials collected biographical information and personal possessions from the group of men before directing them to sit in an area separate from the other migrants near a dumpster. (RELATED: Here’s What Migrants Say About Why They’re Coming To The US Now)

Another current CBP agent assigned to posts around McAllen, Texas, said they have encountered migrants suspected of lying about their age during “every shift.” They said with every 100 migrants they apprehend, agents suspect six or seven of them to falsely claim to be minors.

“We get it frequently, usually in about a group of 100 [migrants], we get about six or seven that claim to be minors when they are way over 17 years of age,” an active CBP agent told the DCNF. “It’s the fact that they are scared to be sent back, that’s why they lie.” 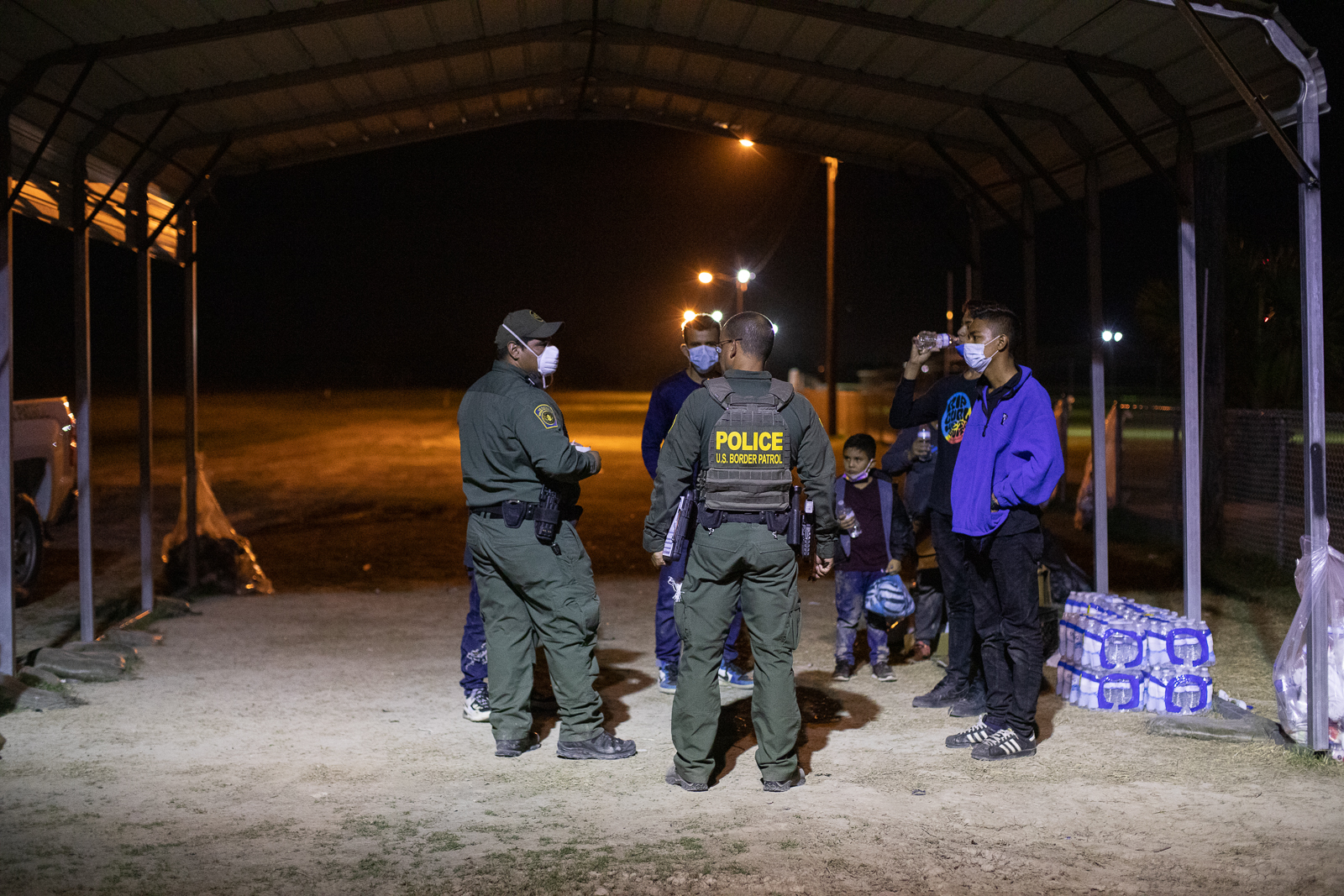 Cartels have started using minors to smuggle migrants across the border because they know they won’t be prosecuted in the U.S., the agent told the DCNF. Officials aren’t allowed to detain minors in Texas jails, a federal law enforcement official told the DCNF.

“Well, usually the smugglers are minors, those are the ones we always try to catch because they know the law can’t do anything to them,” the agent said. “That’s why they [smuggling organizations] use them to cross the groups.” (RELATED: ‘It’s Terrible To See Kids Like That’: Migrant Parents Describe What They Put Their Children Through To Come To America)

The agent said the number of migrants officials suspect of lying about their age depends on where they’re apprehended and how many people are in the group since a larger group usually means more migrants will claim to be minors. The agent added that officials are supposed to interview the migrants if they’re suspicious and that they collect biometrics including fingerprints from individuals.

“They usually don’t show any form of ID,” the agent told the DCNF. “But we question them until they tell the truth or if they don’t, we scan their fingerprints. Then it shows up that way and they can get processed accordingly.”

When migrants are formally taken into federal custody agents can access any personal information including criminal records, previous encounters, and sometimes their birthdates or home country, the agent said. “It all comes out with their prints and records when they get processed.” 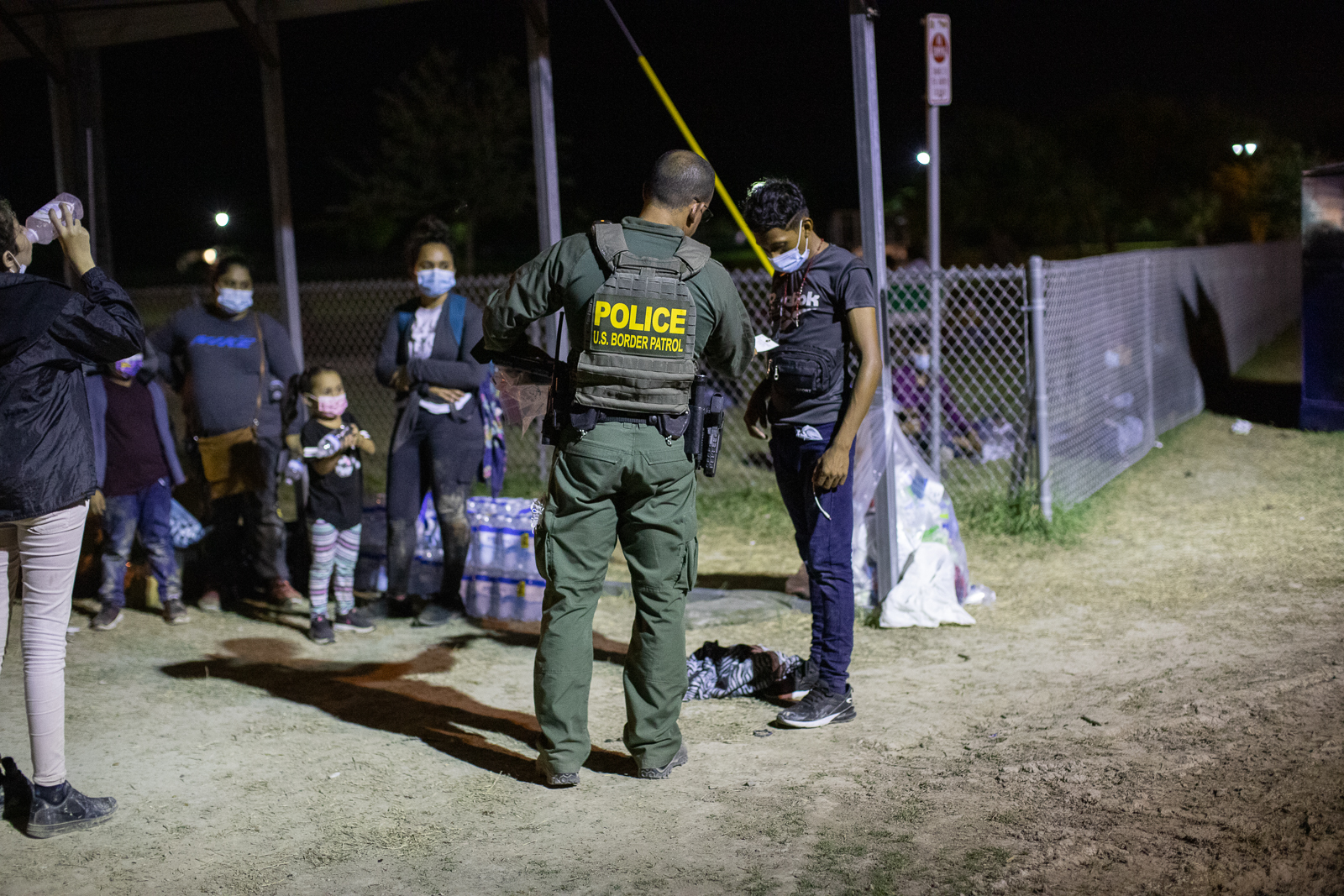 The agent said some adult migrants who claim to be minors will “definitely” end up in Department of Health and Human Services (HHS) detention facilities with migrants kids if officials aren’t able to determine whether they’re telling the truth about their age.

“After looking into this, we can tell you Border Patrol agents collect biometric and biographic information when assessing the validity of migrants’ age utilizing a range of criteria and methods that are law enforcement sensitive,” a CBP spokesperson told the DCNF. “Suspected cases of adults fraudulently claiming to be a minor are referred to ICE Homeland Security Investigations for further investigation.”

Some migrant kids were deprived of medical care, access to showers and clean clothes at the Fort Bliss facility near El Paso, Texas, the DCNF reported. The children were held in “filthy” living conditions and federal employees allegedly inappropriately touched and interacted with migrant kids at the facility.

Other children at Fort Bliss reported depression, said they were placed on suicide watch and were fed spoiled food, the DCNF reported. One girl said they were served hamburgers with “foul” smelling bread and “bloody and raw” chicken.

The Department of Homeland Security did not respond to the DCNF’s request for comment.