The expansion of several government programs last year likely prevented hunger from rising despite the sudden economic downturn caused by the pandemic, a study showed.

The percentage of U.S. households that reported food insecurity was virtually unchanged in 2020 compared to the year prior despite the recession, according to a report from the Department of Agriculture’s Economic Research Service released Wednesday. More than 20.5 million Americans lost their jobs in April 2020 as state and local officials implemented strict restrictions on business activity to curb the spread of coronavirus, Labor Department data showed.

“This is huge news — it shows you how much of a buffer we had from an expanded safety net,” Urban Institute researcher Elaine Waxman told The New York Times. “There was no scenario in March of 2020 where I thought food insecurity would stay flat for the year. The fact that it did is extraordinary.”

The CARES Act added a weekly unemployment bonus on top of state benefits for out-of-work Americans, allowed a wider range of workers including independent contractors to receive those unemployment checks, sent $1,200 stimulus payments to every adult, banned landlords from evicting delinquent tenants, funded a massive loan program for small businesses and awarded states with $150 billion for local initiatives. 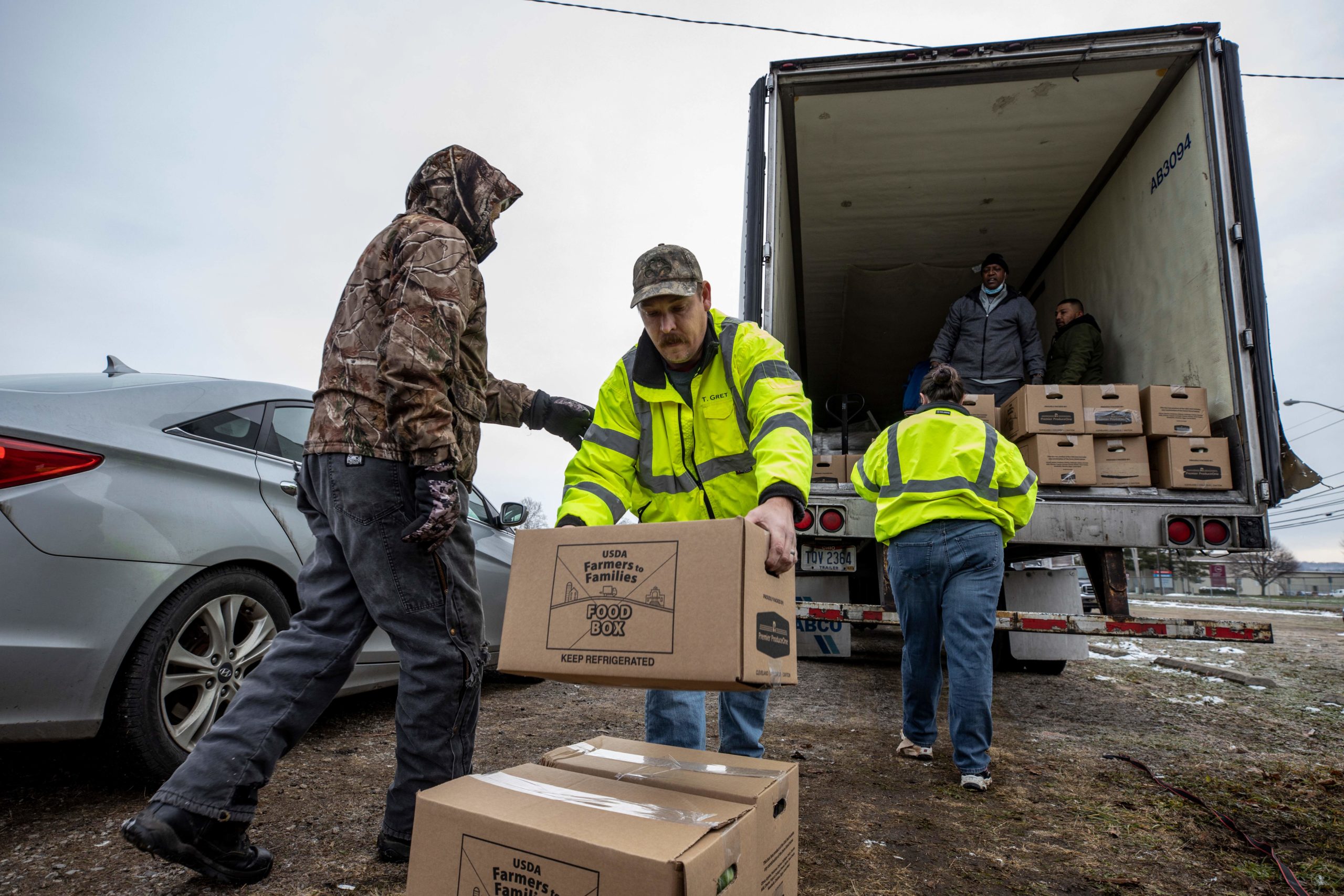 Volunteers work in an assembly line manner to unload a semi truck full of food boxes in Athens, Ohio in December. (Stephen Zenner/AFP via Getty Images)

While the CARES Act appeared to have worked, Democrats pushed an additional $1.9 trillion in coronavirus aid this year and proposed additional spending packages even as the economy has reopened. This week, Senate and House committees began drafting a sweeping $3.5 trillion budget reconciliation package, which is expected to include a series of additional welfare programs.

“A lot of us warned that those further expansions were unnecessary and this provides additional support that that was true,” American Enterprise Institute hunger expert Angela Rachidi said regarding the USDA report, according to the New York Times.