A federal grand jury indicted prominent lawyer Michael Sussmann, who represented the Democratic National Committee after Russia hacked its servers in 2016, on Thursday for allegedly lying to the FBI, according to court documents.

The indictment, first reported by the Huffington Post, said Sussmann lied when he “stated to the General Counsel of the FBI that he was not acting on behalf of any client in conveying particular allegations concerning a Presidential candidate, when in truth, and in fact, as the defendant well knew, he was acting on behalf of specific clients, namely, Tech Executive-1 and the Clinton Campaign.”

John Durham, the special counsel appointed by the Trump administration to review the Russia investigation, asked a grand jury to indict the cybersecurity lawyer, people familiar with the matter told The New York Times.

Sussmann is a partner at Perkins Coie. The firm’s political law group, which is separate from the division Sussmann works in, represented Hillary Clinton’s 2016 campaign and the Democratic Party, the NYT reported.

Durham’s case focuses on who Sussmann’s client was in September 2016 when he gave the FBI data and analysis that he said could indicate the computer servers of the Trump Organization and Alfa Bank, a Kremlin-linked Russian financial institution, had a covert communications channel, the NYT reported.

The agency came to the conclusion there was no merit to those claims and Robert Mueller ignored them when he took over the Russia investigation, the NYT reported. 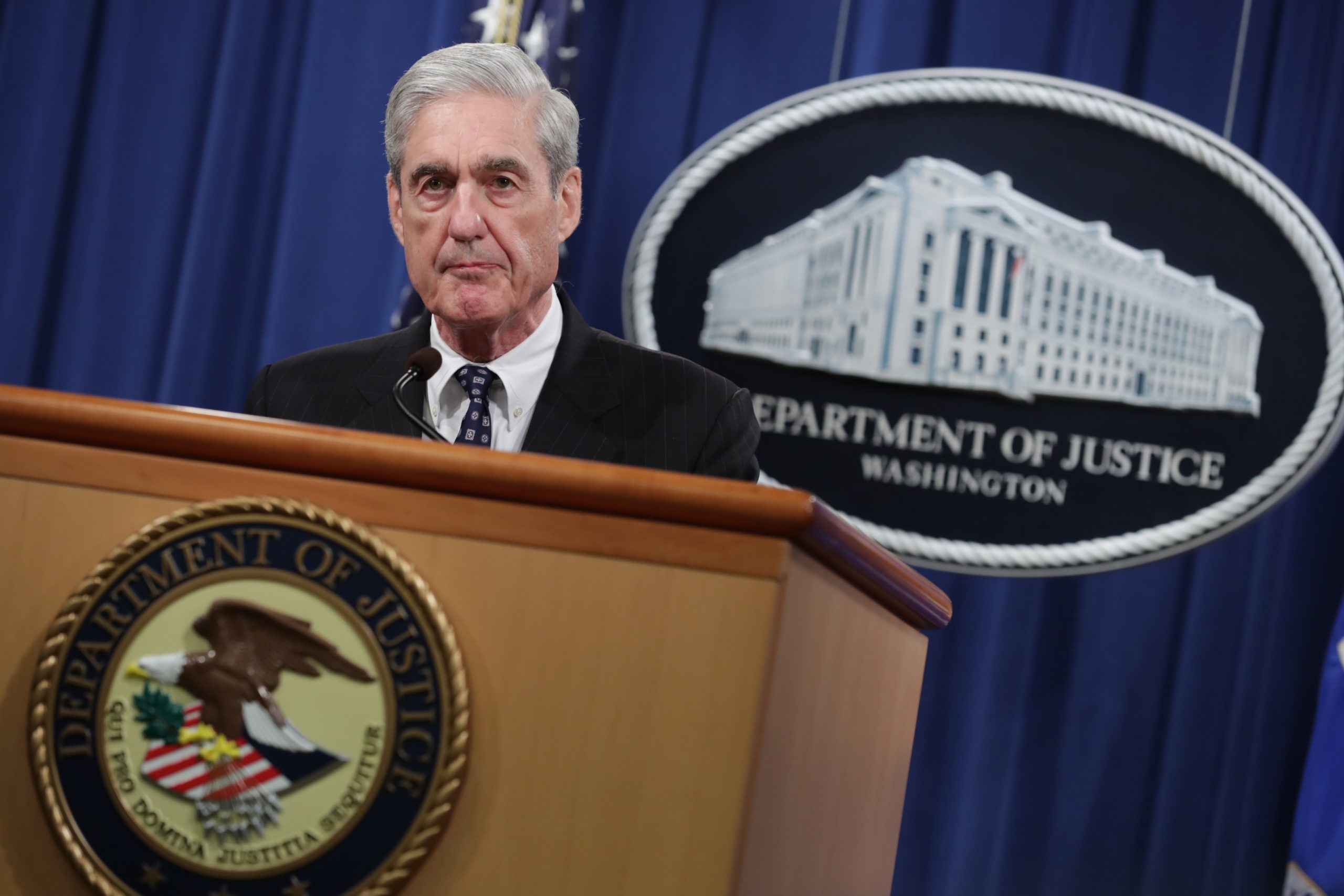 Special Counsel Robert Mueller makes a statement about the Russia investigation on May 29, 2019 at the Justice Department in Washington, DC. (Photo by Chip Somodevilla/Getty Images)

Durham had been searching for evidence the data was cherry-picked or the analysis of it purposefully skewed, the NYT reported.

The investigation found that James Baker, the FBI‘s top lawyer in 2016, remembered Sussmann saying he was not meeting with him on behalf of a client, according to the NYT. But, Sussmann testified to Congress in 2017 that his client was an unnamed cybersecurity expert who aided in analyzing the server data, the NYT reported.

Sussmann has denied that he was secretly working for the Clinton campaign when he gave the data to the FBI, the NYT reported, but the indictment found that Sussmann “Tech Executive-1, and Law Firm-1 had coordinated, and were continuing to coordinate, with representatives and agents of the Clinton Campaign with regard to the data and written materials SUSSMANN gave to the FBI and media.”

However, Sussmann billed the Clinton campaign for the hours he spent disseminating the Alfa Bank connection allegations to the media, according to the indictment.

The five-year statute of limitations meant the deadline for Durham to bring charges was the weekend of Sept. 18-19. Sussmann’s lawyers have denied their client made a false statement but told the NYT on Wednesday they expected him to be indicted. (RELATED: Trump-Sanctioned Russian Pipeline Nord Stream 2 Complete, Russia Says)

They insisted Sussmann was working for the cybersecurity expert he mentioned in his 2017 testimony, not Clinton, and that the billing is misleading because Sussmann needed to show internally he was working on something, the NYT reported.

“Mr. Sussmann has committed no crime,” they said. “Any prosecution here would be baseless, unprecedented and an unwarranted deviation from the apolitical and principled way in which the Department of Justice is supposed to do its work. We are confident that if Mr. Sussmann is charged, he will prevail at trial and vindicate his good name.”