Oil prices have surged around the world in recent weeks, which will lead to even higher inflation, according to industry experts.

“Rising oil prices have been one of the biggest drivers of inflation,” PVM Oil Associates senior analyst Stephen Brennock said Tuesday, according to CNBC. “And a worsening inflationary situation will act as a drag on the fragile economic recovery and oil consumption. This brings us neatly onto the issue of demand destruction.”

The Brent crude, which is the international benchmark for measuring oil prices, spiked above $80 per barrel Tuesday, marking its highest level in nearly three years, Reuters reported. An analysis from Goldman Sachs concluded that tight global oil supply and higher demand could lead to Brent crude surpassing $90 per barrel by the end of 2021.

“Global oil demand is back to converging to pre-Covid levels led by mobility in Asia, including China, and with the delta Covid impact fading,” the Goldman Sachs analysis said, according to Barron’s. (RELATED: UK May Use Military To Ease Gas Shortage As Pumps Run Dry)

While rising prices may be good for oil producers, they will hurt consumers in the U.S. and worldwide, the AFP reported. The price of oil is deeply tied to the prices of products across various sectors. 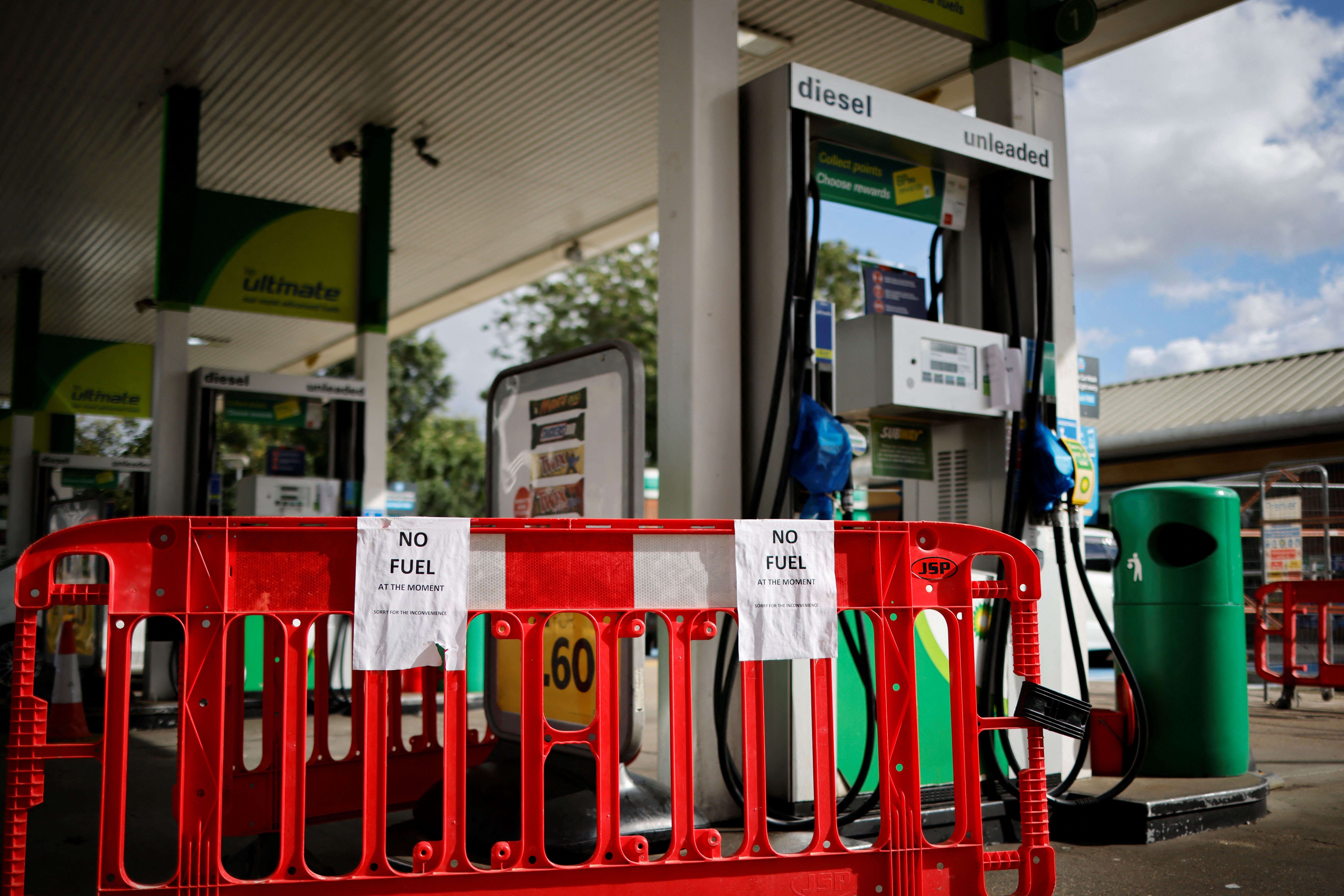 ‘No fuel’ signs are displayed at a gas station in London, U.K. on Wednesday. (Tolga Akmen/AFP via Getty Images)

Consumer economies like the U.S. will ultimately lose out because higher energy costs “will eat into the real value of disposable incomes,” Capital Economics analyst Simon MacAdam said, according to the AFP.

Meanwhile, the Federal Reserve bumped its 2021 inflation projection up to 4.2% during its meeting last week. In June, the central bank said inflation would increase at an annual rate of 3.4% this year.

“Inflation is elevated and will likely remain so in coming months before moderating,” Fed Chair Jerome Powell remarked during a Senate hearing Tuesday. “As the economy continues to reopen and spending rebounds, we are seeing upward pressure on prices, particularly due to supply bottlenecks in some sectors. These effects have been larger and longer lasting than anticipated.”