Chinese salvage ships left port Wednesday and are heading towards the location of the sunken F-35C Lightning II jet, according to two sources with knowledge of the situation.

The U.S. fighter jet crashed into the South China Sea in January during “routine flight operations,” the Navy said in a public statement Jan. 24. Since then, the U.S. Navy has been scrambling to remove the jet from the bottom of the sea before China does.

While Chinese Foreign Ministry spokesperson Zhao Lijian previously denied that Beijing was attempting to get the F-35C, a military source with direct knowledge of the situation told the Daily Caller on Wednesday that three Chinese salvage ships were heading towards the crash site.

“The Chinese are surging assets, including salvage vessels, to the general vicinity,” added another source, who is from the Pentagon and has knowledge of the situation, putting the number of ships at “one or more.”

“We are tracking where they are going,” the Pentagon source said, noting that it will be difficult for the U.S. to get the aircraft out of the sea because of both its depth and how it sunk. 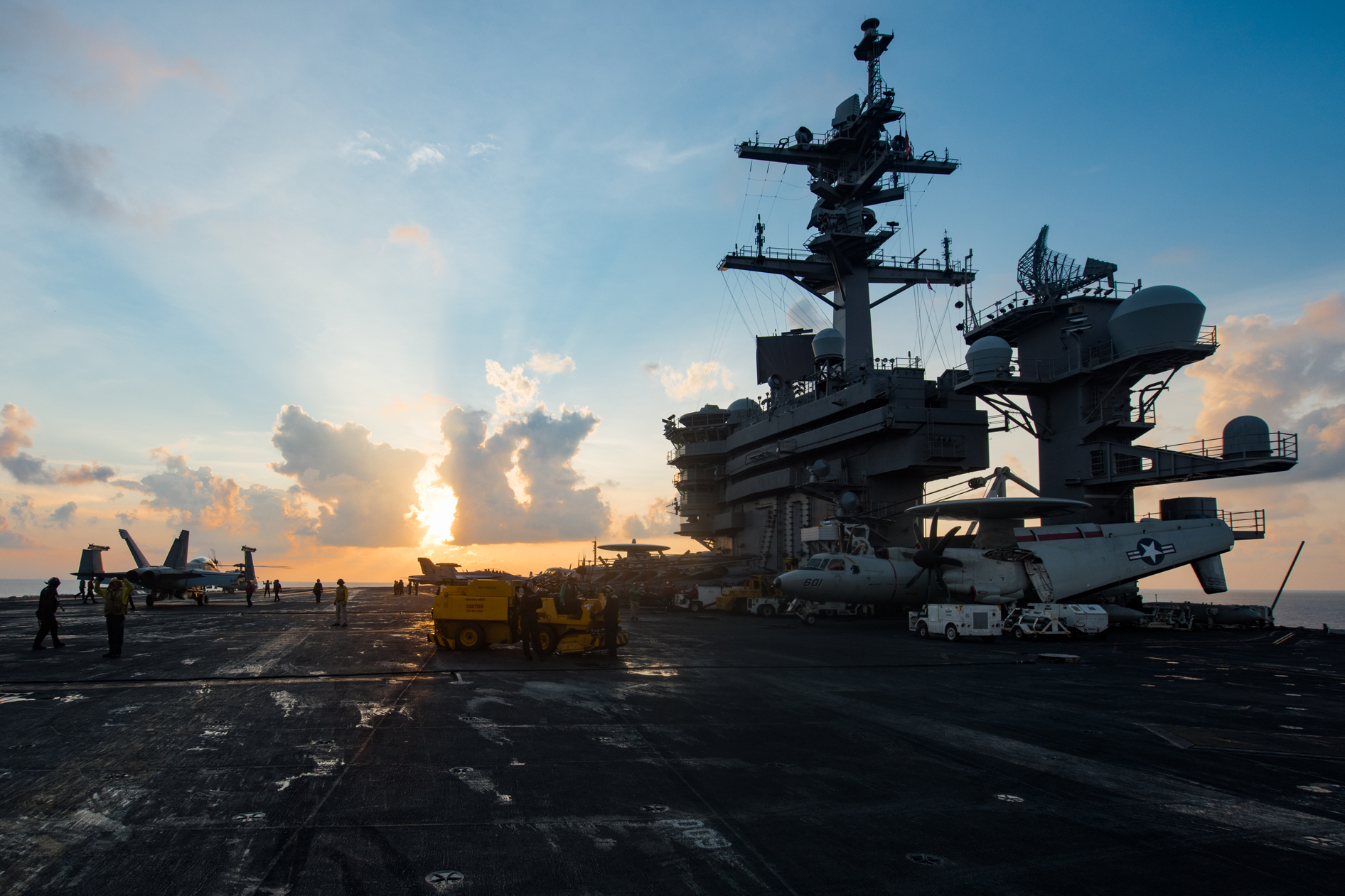 The Pentagon source described the Chinese “sniffing around” as “notable” and “irritating,” but maintained that the U.S. does not believe China will be able to get the aircraft from the bottom of the sea. The person also asserted that U.S. “deep water tech” is superior to China’s.

“Legally speaking, they can’t have it,” the individual explained. “It’s U.S. property and falls under well-established salvage law. It’s not finders-keepers-losers-weepers. Grabbing it would be theft and would be such a blatantly hostile act that it would force a major degradation in relations. There is no way politically [President Joe] Biden could let it go.”

The Pentagon source continued on to say that while the Chinese have little chance of actually getting the F-35C “ala ‘The Hunt for a Red October,'” citing a 1984 movie about a hunt for a Soviet submarine, “their lack of respect by acting like they could get it and exploit it is a story.”

“China openly operates outside international norms and uses their flouting of U.S. as a way to embarrass us internationally in ways that even the Soviet Union did not contemplate,” the person said. (RELATED: Biden Administration Announces Changes To Get China To Comply With Trump-Era Trade Agreement)

The Navy said in a statement to the Caller regarding the People’s Republic of China [PRC] ships that it “closely track[s] all vessels in the Indo-Pacific area.”

“The U.S. Navy has begun mobilizing units that will be used to verify the site and recover the F-35C aircraft involved in the crash aboard USS Carl Vinson (CVN 70) in the South China Sea, Jan. 24,” Sims added.

Similarly, the Pentagon declined to comment on specific Chinese ship movements. A Department of Defense (DOD) spokesperson said in a statement that they “are taking appropriate planning actions to salvage our aircraft and recover in a timely manner as we have done in the past.”

“Any question that we are in a competition to recover a United States asset because of location is highly speculative,” the DOD spokesperson said.

U.S. national security experts have raised the alarm about China potentially wanting to acquire the jet. Defense consultant Abi Austen told BBC News that it is “vitally important the U.S. gets this back,” calling the jet “a flying computer.”

“It’s designed to link up other assets – what the Air Force calls ‘linking sensors to shooters,'” Austen told BBC News. “If they can get into the 35’s networking capabilities, it effectively undermines the whole carrier philosophy.”