The Biden administration missed another deadline to hold quarterly onshore oil drilling lease sales after a federal court ruled it was legally required to do so.

The Department of the Interior (DOI) defied the June 2021 court ruling which ordered the administration to halt its ban on new oil and gas leases, the Western Energy Alliance — a fossil fuel industry group that challenged the ban — said Wednesday. In August 2021, the DOI vowed to publish notices of competitive sales in December and hold a lease sale 45 days later, two promises it failed to keep, in court filings.

“President Biden just told the American people he’ll work like the devil to lower prices at the gas pump. But the lack of progress on federal lease sales means he’s not trying very hard,” Kathleen Sgamma, president of the Western Energy Alliance, said in a statement. “The department continues to miss deadlines, drag its feet, and ignore a judge’s ruling to hold sales.”

“The Biden Administration is intent on preventing American producers from developing the energy we have at home to meet our country’s needs and lower gas prices,” Sgamma said. (RELATED: Federal Court Halts Major Biden ‘Social Cost’ Climate Policy In Victory For Republican States)

Under the Mineral Leasing Act of 1920, the interior secretary is required to hold lease sales “at least quarterly.” 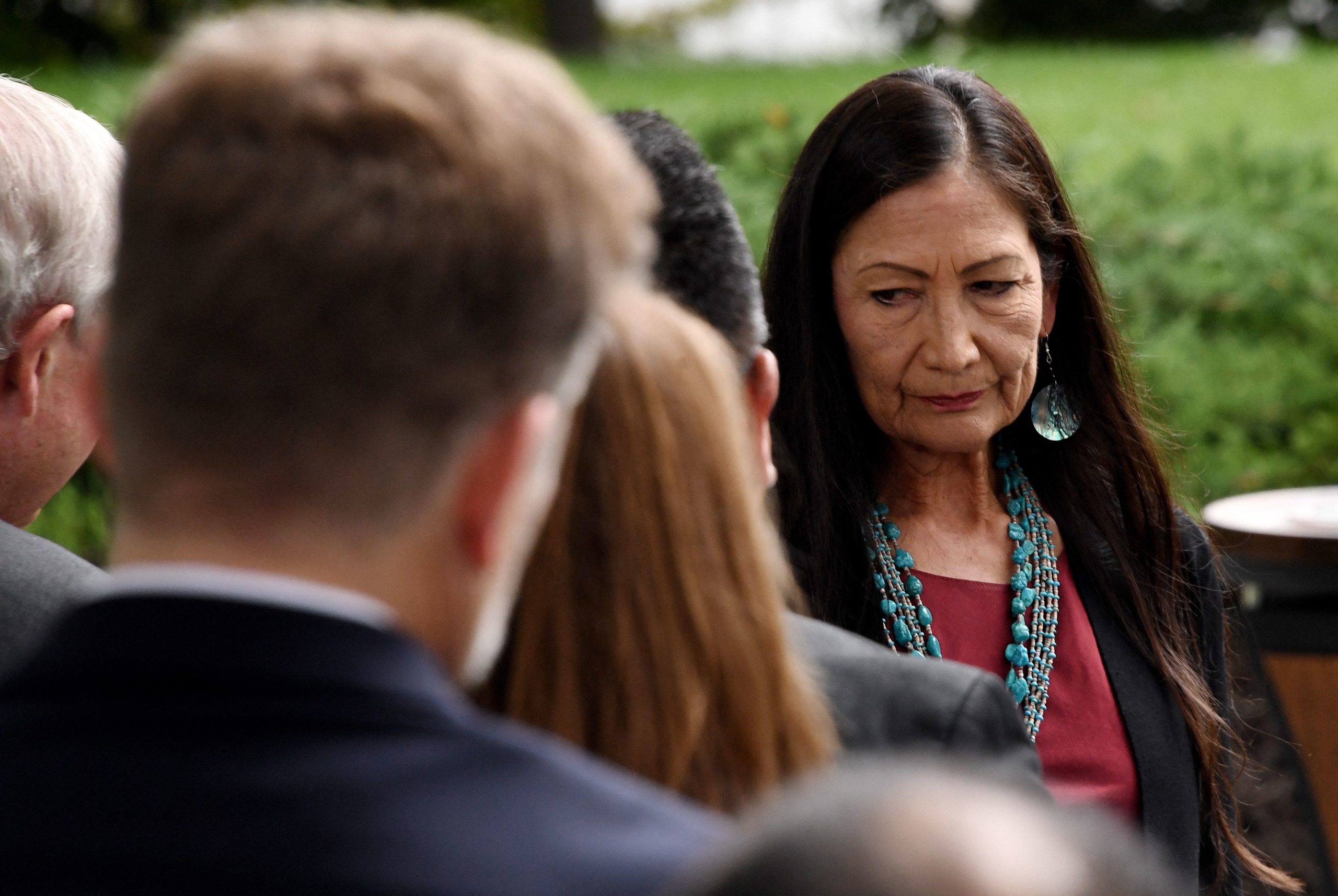 Meanwhile, the price of gasoline has hit its highest level since August 2014 after briefly dipping in December 2021 and January, according to Energy Information Administration data. The price of crude oil is the largest factor in gasoline prices.

President Joe Biden has pushed an aggressive anti-fossil fuel agenda since taking office, nixing the Keystone XL pipeline, ditching an oil drilling project in Alaska and staying silent on a court ruling that prohibited a massive offshore drilling lease in the Gulf of Mexico. The White House has appealed to Middle Eastern and Russian energy producers for more oil and natural gas production.

Still, Biden promised Tuesday that he would “work like the devil” to ensure gasoline prices declined.

“The oil and natural gas on federal public lands belong to the American people and could help the nation lower energy prices,” Sgamma said. “Instead, the president lobbies Russia and OPEC to boost their production while constraining American producers. As a result, gas prices remain high and the president makes empty promises.”

DOI official Laura Daniel-Davis said that oil and gas leases were ongoing during a Senate hearing on Feb. 8, an assertion Sgamma characterized as “flat out incorrect.” Sgamma noted that there hasn’t been a single onshore lease sale since Biden took office and it remains unclear whether there will be any in the future.

However, the DOI defended its actions, saying that it will continue to comply with court orders.

“We continue to comply with the injunction entered in Louisiana v Biden and are reviewing recent orders from the district courts in Louisiana,” DOI spokesperson Melissa Schwartz told the Daily Caller News Foundation in a statement. “We do not have any updates as to timing of the next steps in the process.”