The Ukrainian government accused Russia on Friday of rigging explosives in eastern Ukraine to manufacture a false flag terrorist attack.

“Ukraine’s military intelligence has information that Russian special services have mined a number of social infrastructure facilities in Donetsk in order to further undermine them,” Ukraine’s ministry of defense said in a tweet.

“These measures are aimed at destabilizing the situation in the temporarily occupied territories of our state and create grounds for accusing Ukraine of terrorist attacks,” the Ukrainian defense ministry said, advising Donetsk residents to stay home and not use public transportation.

U.S. officials have long said that Russia would likely use a false flag operation to serve as a pretext to invade Ukraine. Secretary of State Antony Blinken told the United Nations on Tuesday that Russia “may describe this event as ethnic cleansing or a genocide.” 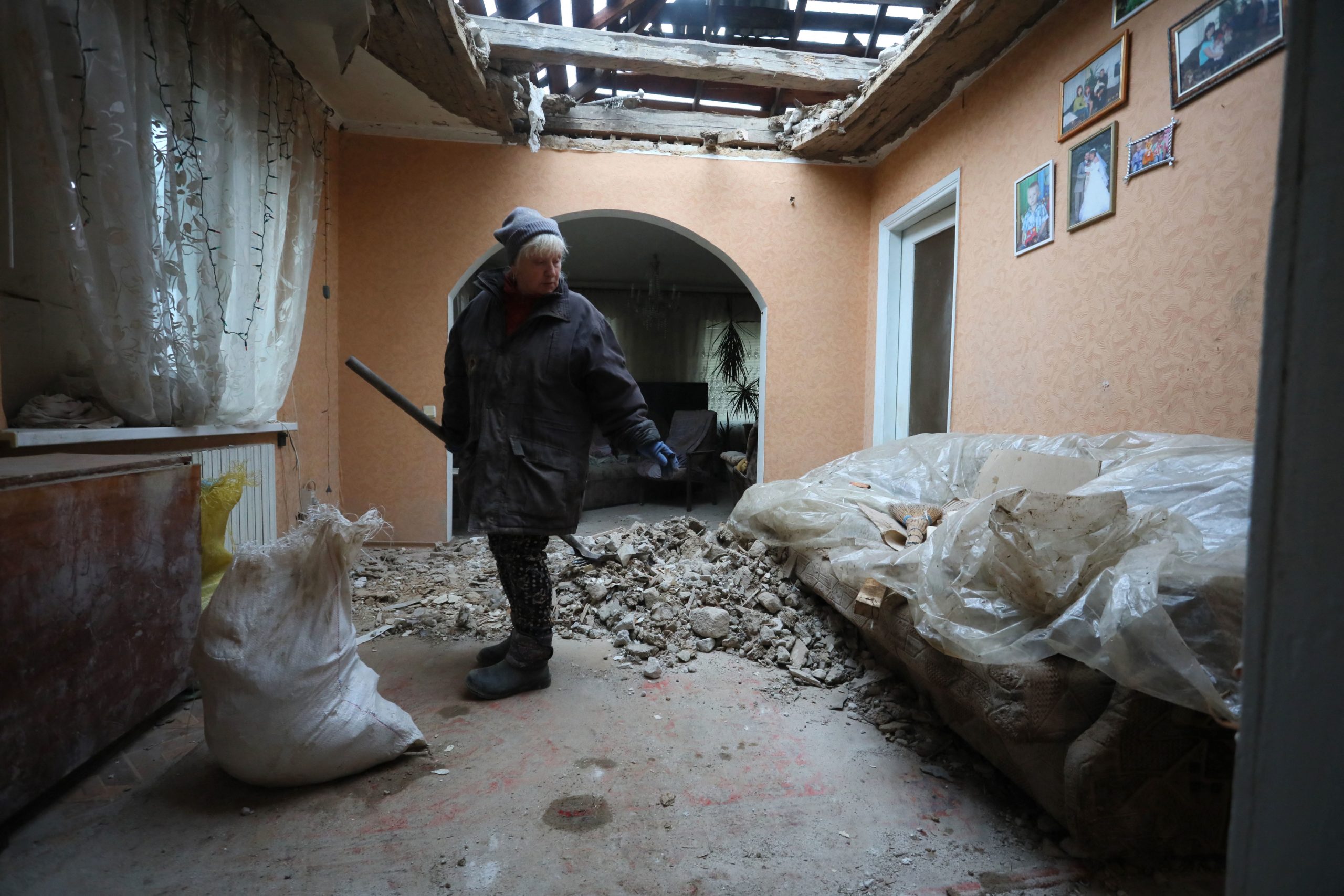 A local resident of the Ukrainian-controlled village of Stanytsia Luhanska, Luhansk region, cleans up debris from her home after the shelling by Russia-Backed separatists on February 18, 2022. (Photo by ALEKSEY FILIPPOV/AFP via Getty Images)

Moscow has amassed between 169,000 and 190,000 military personnel near Ukraine and in Crimea, an increase from the estimated 100,000 troops on Jan. 30, according to Michael Carpenter, the U.S. ambassador to the Organization for Security and Cooperation in Europe.

“This is the most significant military mobilization in Europe since the Second World War,” Carpenter said.

President Joe Biden said Thursday he believed Russia would invade Ukraine within “several days,” while U.S. Ambassador to the United Nations Linda Thomas-Greenfield warned that “Russia is moving toward an imminent invasion.”