The price of crude oil touched its highest level in nearly 11 years on Wednesday amid the ongoing Ukraine crisis which has roiled energy markets.

The WTI index, the U.S. benchmark index, surged to $112.09 per barrel, its highest level since May 2011, early Wednesday before receding near $108 per barrel, marketplace data showed. The global Brent crude benchmark approached $114 per barrel then dropped below $111 a barrel.

Both indices soared past the $100 per barrel mark last week for the first time in years after Russia unleashed a military assault on Ukraine. Russia is a major global supplier of crude oil, exporting roughly 65% of the 10.5 million barrels of crude oil per day it drilled in 2020.

Russia sent more than 670,000 barrels of oil per day to the U.S. in 2021, second only to Canada. (RELATED: ‘Entire World Is Watching’: Manchin Joins Calls For Russian Oil Import Ban)

In response to Russia’s invasion of Ukraine, several Big Oil companies — including, BP, Shell and ExxonMobil — announced their intention to exit from all business ventures in the country. The decision to pull out of Russia amounts to billions of dollars in investment being removed from the industry.

“We cannot – and we will not – stand by,” Shell CEO Ben van Beurden said in a statement on Monday. 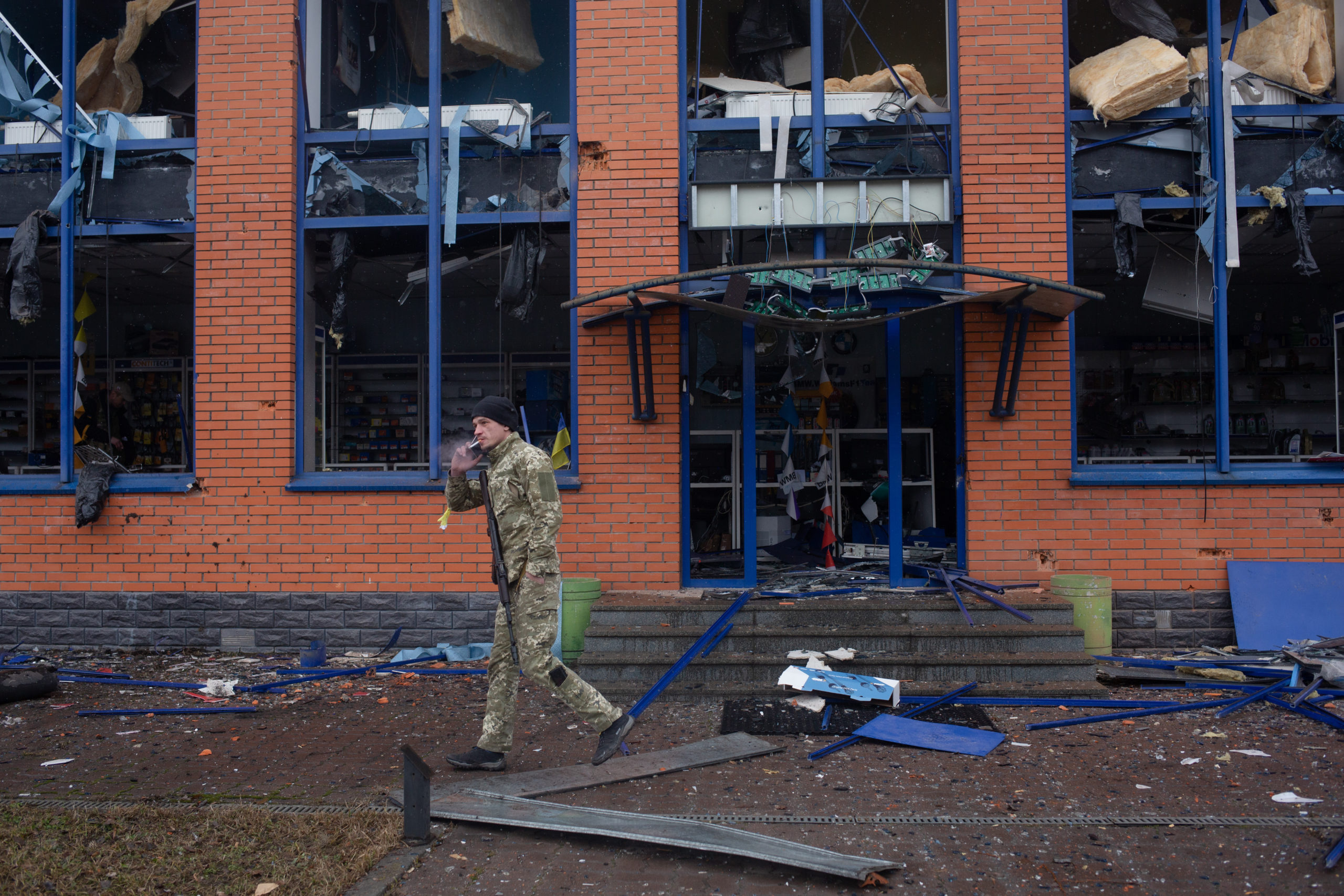 A Ukrainian soldier walks by a shelled store in Kyiv, Ukraine, on Wednesday. (Anastasia Vlasova/Getty Images)

Western nations, including the U.S., meanwhile, have also coordinated multiple rounds of tough sanctions targeting Russia’s economy and oligarchs. But the White House has stopped short of placing any levies on Russia’s important oil and gas industry which funds about 40% of the nation’s federal budget.

Still, the administration has signaled that it hasn’t closed the door on such sanctions.

“We’re very open,” White House press secretary Jen Psaki said in an interview with MSNBC on Wednesday, Reuters reported. “We’re considering it. It’s very much on the table, but we need to weigh what all of the impacts will be.”

Psaki reportedly noted later in the interview that potential drawbacks to such sanctions include higher energy costs for Americans and Europeans.

President Joe Biden also ordered the Department of Energy to further tap into the Strategic Petroleum Reserve and withdraw 30 million barrels of oil in a coordinated effort with 30 other nations. However, the price of oil immediately skyrocketed after the action on Tuesday.