President Joe Biden offered to remove oil trading sanctions imposed on Venezuela in exchange for assurances the nation would send supply to the U.S., Reuters reported.

A senior delegation of U.S. officials told their Venezuelan counterparts over the weekend that the Biden administration would be willing to remove oil sanctions on the condition supply was transported directly to the U.S., two people close to the negotiations told Reuters. The officials sent to Venezuela reportedly met in-person with President Nicolás Maduro, the first meeting of its kind between the two nations in years.

“As it relates to Venezuela, the purpose of the trip that was taken by administration officials was to discuss a range of issues — including, certainly, energy security — but also to discuss the health and welfare of detained U.S. citizens,” White House press secretary Jen Psaki told reporters Monday. “We’re never going to miss an opportunity to do exactly that.”

She said that the discussions lasted several days and were ongoing, but she didn’t answer a question about Biden’s view on negotiations with figures like Maduro.

Under Maduro’s authoritarian regime, Venezuela consistently ranks as one of the least “free” countries in the world, according to Freedom House. (RELATED: One Of Biggest Gas Companies In World Says It Will Stop Buying Russian Oil)

On Tuesday, Biden announced that the U.S. would immediately ban the import of all Russian oil and petroleum products. The White House previously suggested such a move wasn’t in the country’s “strategic interest” given the effect it would have on gas prices, but the White House ultimately caved after facing bipartisan pressure to move ahead on the ban.

Oil prices in the U.S. and worldwide skyrocketed following the announcement. The average price of gasoline, which is largely determined by the price of oil, hit its highest level ever recorded, AAA data showed. 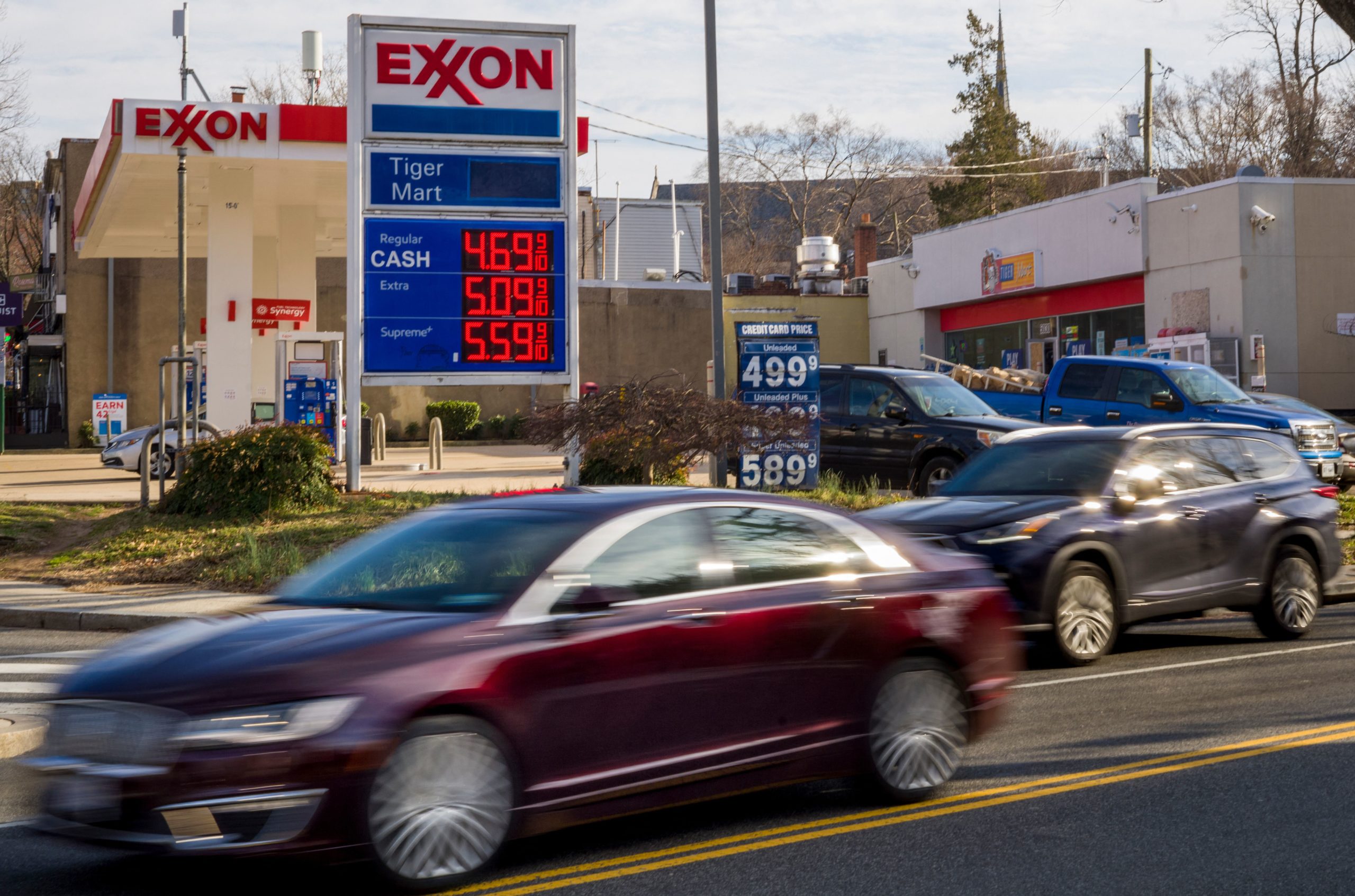 A sign shows the price of gasoline at a station in Washington, D.C. on Tuesday. (Mandel Ngan/AFP via Getty Images)

“If the reports are true that the Biden administration is brokering the purchase of Venezuelan oil, I fear that it risks perpetuating a humanitarian crisis that has destabilized Latin America and the Caribbean for an entire generation,” he said in a statement Monday. “Nicolás Maduro is a cancer to our hemisphere and we should not breathe new life into his reign of torture and murder.”

“As such, I would strongly oppose any action that fills the pockets of regime oligarchs with oil profits while Maduro continues to deprive Venezuelans of basic human rights, freedoms, and even food,” Menendez said.

The U.S. has sanctioned Venezuela’s socialist government for nearly two decades, but in 2019, the Trump administration imposed fresh restrictions on the nation’s oil industry to up pressure on Maduro, a 2021 report from the Congressional Research Service showed. At the time, White House officials said the sanctions would reduce Venezuela’s oil exports by $11 billion.

“This won’t help ease the pain at the pump for American consumers,” Francisco Monaldi, the director of the Rice University Baker Institute’s Latin America Energy Program, told The Wall Street Journal, saying Venezuelan production would be a “drop in the bucket in the world oil market.”

Meanwhile, Venezuela released American prisoners, one of which is a former oil executive, in a sign of warming U.S.-Venezuela diplomatic relations. Biden celebrated the prisoners’ release.