A group of House Democrats proposed a bill last Thursday that would send energy rebate stimulus checks to American consumers amid the global energy crisis.

Under the so-called Gas Rebate Act, consumers would receive $100 per month, and another $100 for each dependent, throughout the remainder of 2022 for any month where the national price of gasoline is above $4 a gallon, according to Democratic California Rep. Mike Thompson, who sponsored the bill alongside fellow Reps. John Larson and Lauren Underwood.

The rebate would be phased out for single filers who earn more than $75,000 per year and joint filers who make more than $150,000.

“The Putin Price Hike is putting strain on our economy, and I am proud to be working with Reps. Larson and Underwood to introduce this legislation to provide middle-class Americans with monthly payments to ease the financial burden of this global crises,” Thompson said in a statement Wednesday. (RELATED: ANALYSIS: How Biden’s Energy Policies Enabled Putin’s Aggression In Ukraine)

Since Russia invaded neighboring Ukraine, oil prices skyrocketed above $100 per barrel, touching $120 per barrel at one point, and gasoline prices have hit record levels across the country. The average cost of gasoline reached $4.24 per gallon nationwide Thursday, up more than 47% compared to a year ago. 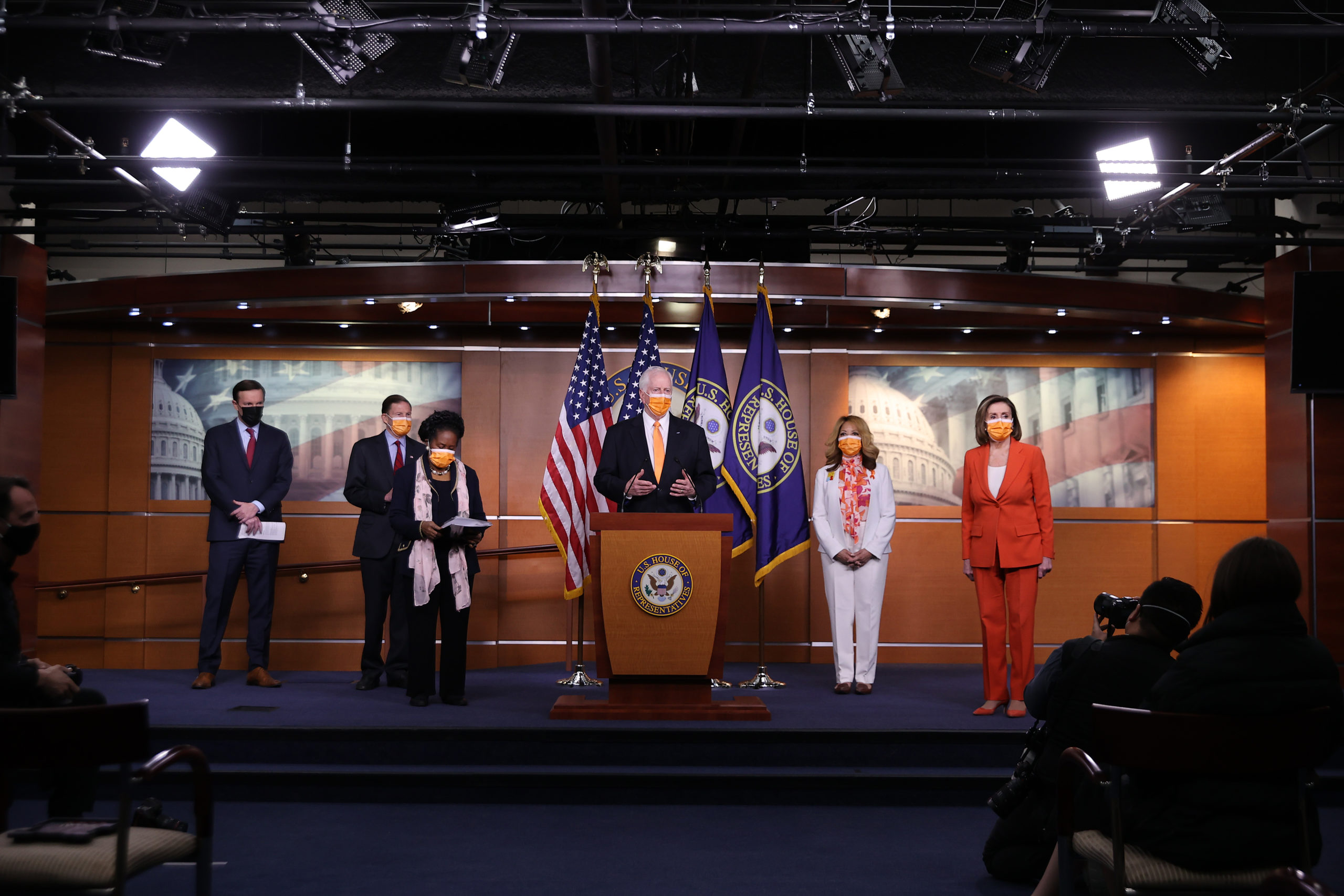 “Democrats won’t take responsibility for crushing American energy, blaming Putin instead, and want to send taxpayers just a few hundred bucks of their own money back to them to alleviate the pain Biden’s policies created,” South Carolina Rep. Ralph Norman, the ranking member on the House Oversight Subcommittee on Environment, told the Daily Caller News Foundation. “What a slap in the face.”

“Democrats’ energy policy is handing out more money we don’t have,” Republican North Dakota Rep. Kelly Armstrong, a member of the House Energy and Commerce Energy Subcommittee, told the DCNF in an interview. “It’s a recipe for disaster.”

“Allow us to get infrastructure in the ground, and we’ll supply energy not just for the United States, but for some of our allies who could really use it right now,” Armstrong said.

Armstrong noted that Biden canceled the Keystone XL pipeline shortly after he was sworn in, a move which the North Dakota lawmaker said sent a “horrible message” to U.S. energy producers.

“This is absolutely absurd. It will do nothing to resolve any of the crises this Administration has created since taking office,” Republican Texas Rep. Michael Burgess told the DCNF. “Besides the obvious fact that $100 will only cover about one tank of gas, sending out more government checks will only exacerbate inflation.”

“Congress should be putting forward actual solutions to cut energy costs such as greenlighting the Keystone XL Pipeline and increasing our production of American oil and natural gas,” he continued. “Americans are not fooled by these political platitudes, and it is time for Congress to stop insulting Americans by offering such solutions.”

Texas produced 4.8 million barrels of oil per day in 2021, the most of any state, while Armstrong’s home state of North Dakota produced 1.1 million barrels per day, the third-largest state output, according to federal data.