Democrats in Florida are admitting they may have to reconsider their approach to stop the GOP’s acquisition of Latino voters in the state, Politico reported Monday.

“The party overall, there is a lot of attention on Hispanics, but if you look at the numbers across the country, the party in and of itself has lost ground with working class voters in America,” Florida Democratic Party Chair Manny Diaz, a Cuban American former mayor of Miami, told Politico.

Diaz said the party needed to focus on “broader pocketbook” issues like the economy and health care in order to fix its problem with the Latino community.

“The economy, education, health care — those are things that the Democratic Party has focused on in the past year,” he said. “We don’t need to focus on these useless culture wars.”

“We need to be in more agreement that Hispanic voters in Florida are a universe of voters that are persuadable that Republicans can win, not [Democratic] base voters,” veteran Democratic consultant Christian Ulvert told Politico.

Democrats have attempted to forge closer connections to the Latino community earlier in the election cycle after President Joe Biden’s underperformance with the demographic in the 2020 presidential election, Politico reported. 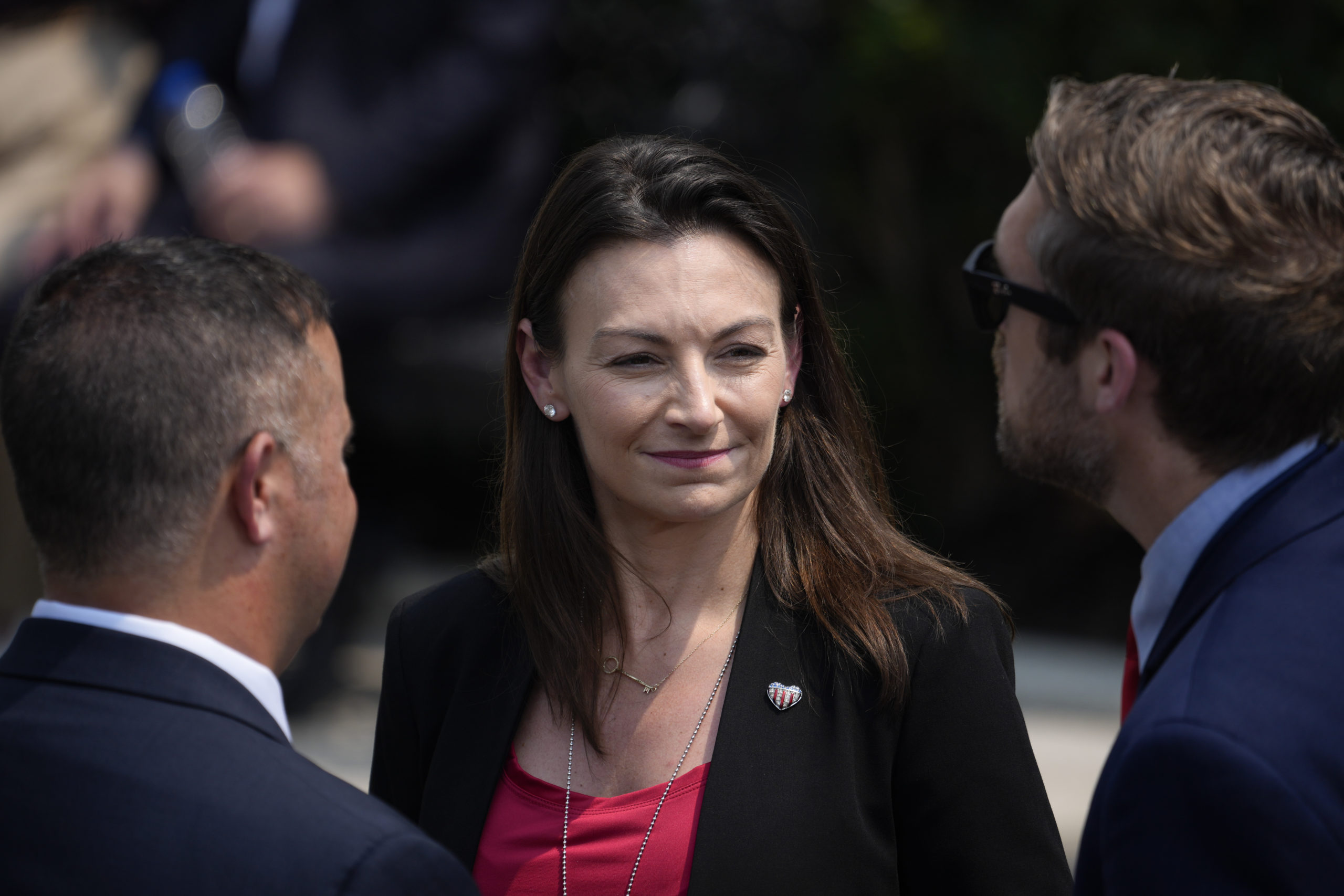 Nikki Fried, Florida Commissioner of Agriculture and a Democratic candidate for 2022 Florida gubernatorial race, arrives for a ceremony with U.S. President Joe Biden as he welcomes the 2021 NFL Super Bowl champion Tampa Bay Buccaneers to the South Lawn of the White House on July 20, 2021 in Washington, DC. (Photo by Drew Angerer/Getty Images)

Florida Agriculture Commissioner Nikki Fried, who is also running for governor, brought on longtime Democratic consultant and Spanish language “disinformation” expert Evelyn Pérez-Verdía early in her campaign, Politico reported. (RELATED: ‘They Don’t Buy Into That At All’: Are Far-Left Policies Behind Hispanic Voters’ Rightward Shift?)

However, Guillermo Grenier, a sociology professor at Florida International University who helps lead the university’s opinion polls on South Florida’s Cuban American population, told Politico he had yet to see any urgency from the Democratic party to reverse GOP gains and accused them of being “wrought with entitlement.”

“They want someone who says, ‘I’ve got the balls to fight for you.’ That’s basically all Trump did, and it worked,” he said.