He was long considered to be the frontrunner in the race, posting massive polling leads throughout the campaign.

Walker will face freshman incumbent Democratic Sen. Raphael Warnock, who won his seat in a 2020 special election, in November. Warnock is one of the first two Democratic senators to represent the state of Georgia in the Senate since 2005.

Georgia is considered to be a key battleground state in the midterms after President Joe Biden’s narrow victory in the 2020 presidential election. Its Senate race is rated as a “toss-up” by the Cook Political Report. 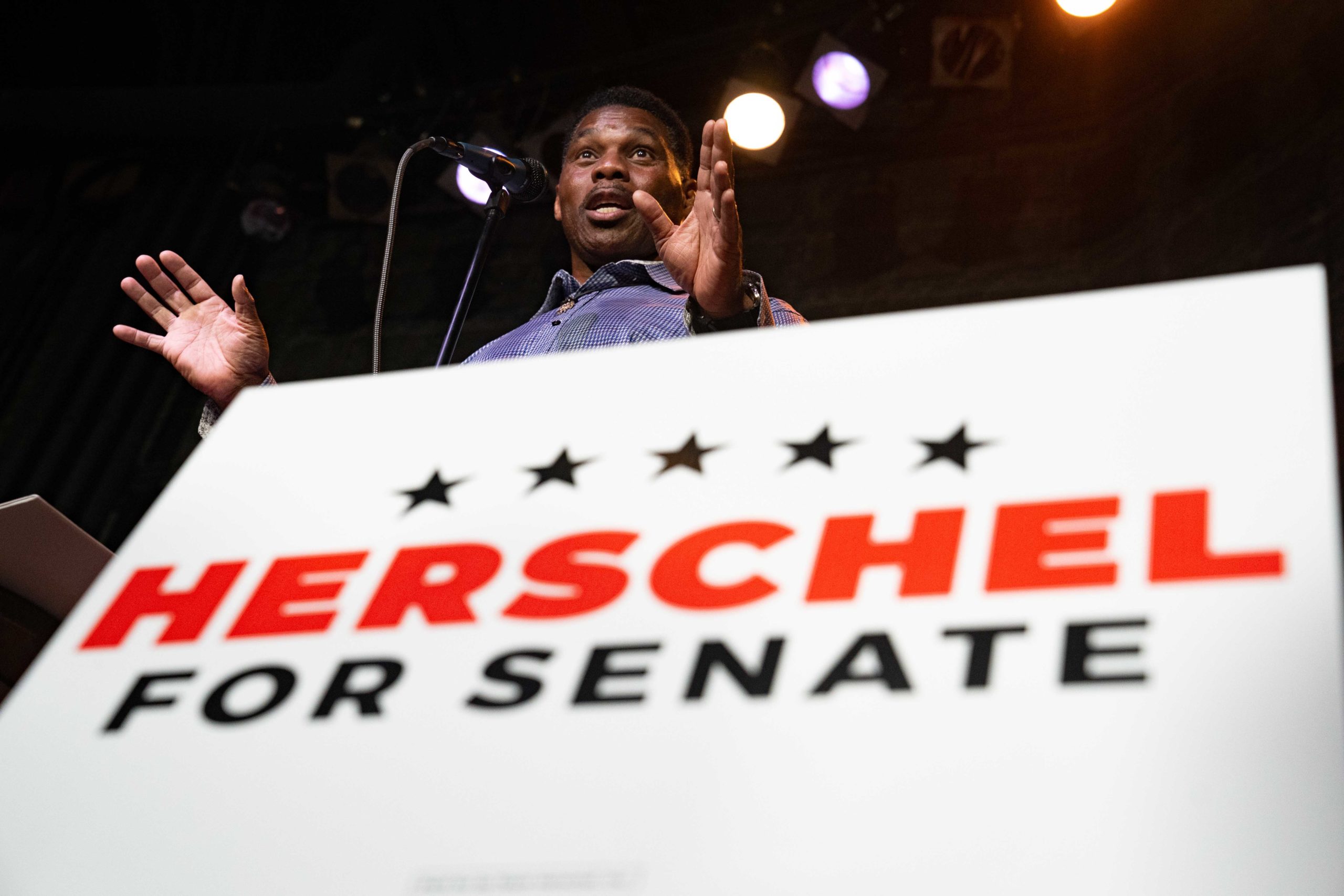 Heisman Trophy winner and Republican candidate for US Senate Herschel Walker speaks at a rally on May 23, 2022 in Athens, Georgia. (Photo by Megan Varner/Getty Images)

David Perdue, another Trump-endorsed candidate who lost to Democratic Sen. Jon Ossoff in 2020, fared far worse in polling as he struggled to mount a challenge against incumbent Georgia Republican Gov. Brian Kemp.

Lakshya Jain, an election analyst who writes for Split Ticket, told The Daily Caller News Foundation that Warnock is more likely to win in November than fellow Georgia Democrat Stacey Abrams, who is running for governor.

“Abrams under-runs Warnock in basically every single one of these suburbs and we see it in every single poll,” Jain told TheDCNF. “It has to do with the fact that he’s viewed as less extreme by the electorate.” (RELATED: Here Are The 12 Pivotal Primary Races Of 2022)

An Associated Press investigation of public records tied to Walker’s businesses and divorce found that he allegedly threatened his ex-wife’s life and displayed violent and abusive behavior towards her and himself, and that he exaggerated his entrepreneurial success.

Walker told Axios in December that he’s “accountable” for his previous violent behavior as he struggled with mental health, but that he is “better now than 99% of the people in America. … Just like I broke my leg; I put the cast on. It healed.”