Democratic Connecticut Sen. Chris Murphy wrote an op-ed for Fox News on Thursday calling for more gun control in the wake of the Uvalde mass shooting.

Murphy, who went viral for his impassioned speech on the Senate floor lambasting his colleague for doing “nothing” to stop mass shootings, wrote the op-ed to call for some sort of compromise on the issue. He acknowledged that “in order to find common ground, I will need to agree to a smaller set of reforms than I would prefer.”

“The changes I’m suggesting aren’t radical. Almost 90 percent of people – including Republicans and gun owners – support requiring background checks on all gun sales,” he wrote. “You’d be hard-pressed to find something more Americans can agree on – not even apple pie is that popular.” 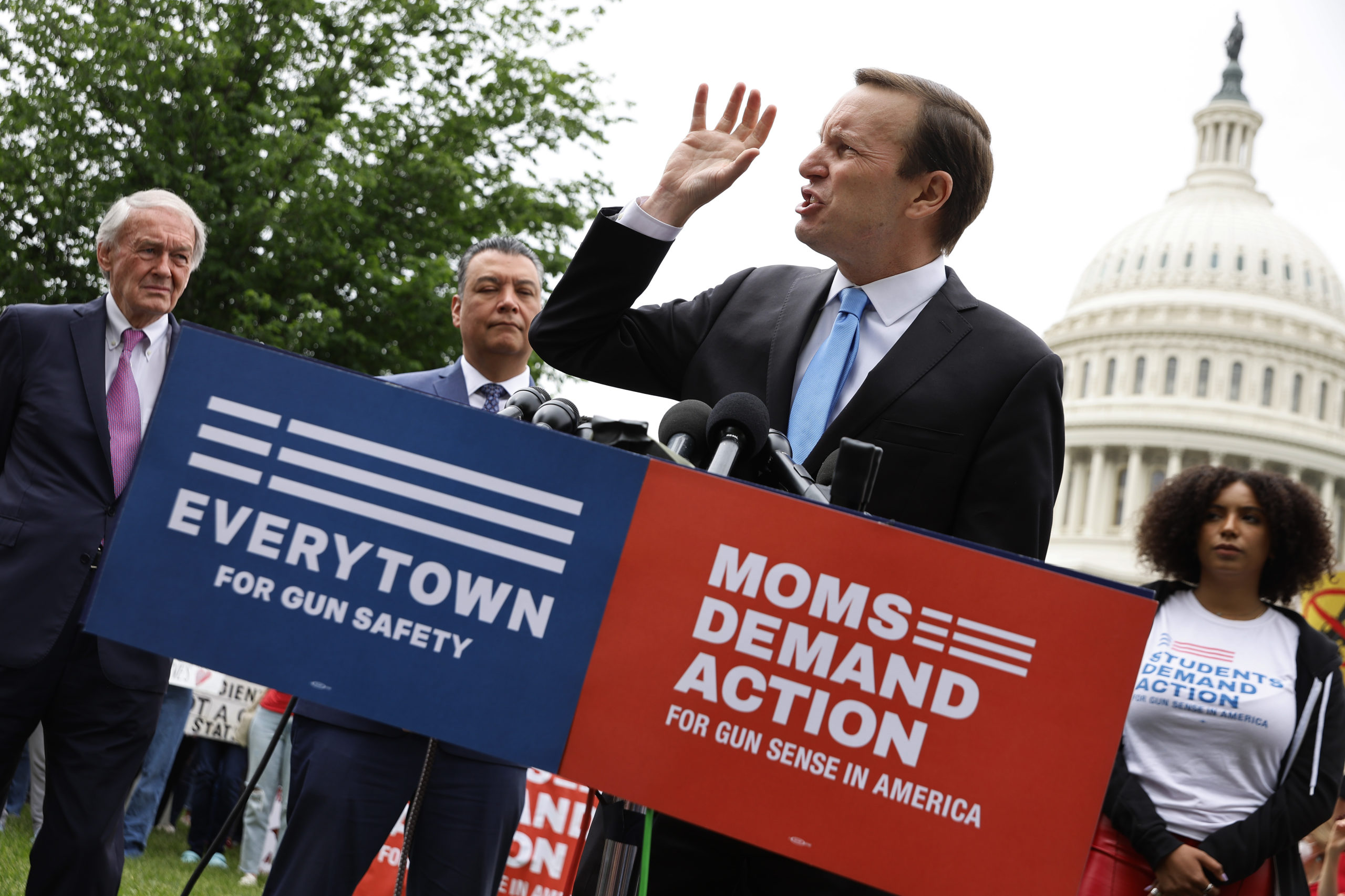 Sen. Chris Murphy (D-CT) addresses a rally with fellow Senate Democrats and gun control advocacy groups outside the U.S. Capitol on May 26, 2022 in Washington, DC. (Photo by Chip Somodevilla/Getty Images)

Murphy acknowledged in the op-ed that he does not know whether the reforms would have stopped the Uvalde shooting, but said the high level of gun violence in the U.S. requires change regardless.

“My desire is simple – to find a way for Republicans and Democrats to come together around a small but meaningful set of changes to our nation’s gun laws, along with major investments in mental health, that will make it less likely that another Sandy Hook or Uvalde ever happens again,” he wrote.

Murphy, alongside Democratic Sens. Elizabeth Warren and Tina Smith, introduced the Counseling Not Criminalization in Schools Act (CNCSA) in 2020, which would have prohibited federal funding from being used for police in schools.

The senator, however, said in the op-ed he was “very supportive” of “funding to pay for security upgrades at our schools” as part of a compromise bill.

Representatives for Murphy did not immediately respond to The Daily Caller News Foundation’s request for comment.