Former President Donald Trump is hoping to oust two South Carolina Republicans from the House on Tuesday, but experts told The Daily Caller News Foundation that only one is likely to get the boot.

Republican Reps. Tom Rice and Nancy Mace are both facing primary opponents endorsed by Trump after both were critical of the former president after the Jan. 6 riot at the Capitol. Trump, who turns 76 Tuesday, asked voters in June to give him “a beautiful, beautiful birthday present” by getting rid of both conservatives, NBC News reported.

Rice, who Trump has called a “backstabbing RINO,” voted to impeach Trump in the House, which is part of why he’s more likely to lose his race than Mace, experts told TheDCNF.

“Rice voted for impeachment, and that’s a much more easily identifiable thing of ‘get this guy out,’ than with Mace,” Lakshya Jain, an election analyst who writes for Split Ticket, told TheDCNF. (RELATED: What Does Brian Kemp’s Victory Mean For Ron DeSantis?)

Mace, who won her seat in 2020 from Democratic Rep. Joe Cunningham, condemned Trump after the Capitol riot, though she did not vote to impeach. Her criticism of Trump has waned since then, calling herself one of the former president’s “earliest supporters” in February. 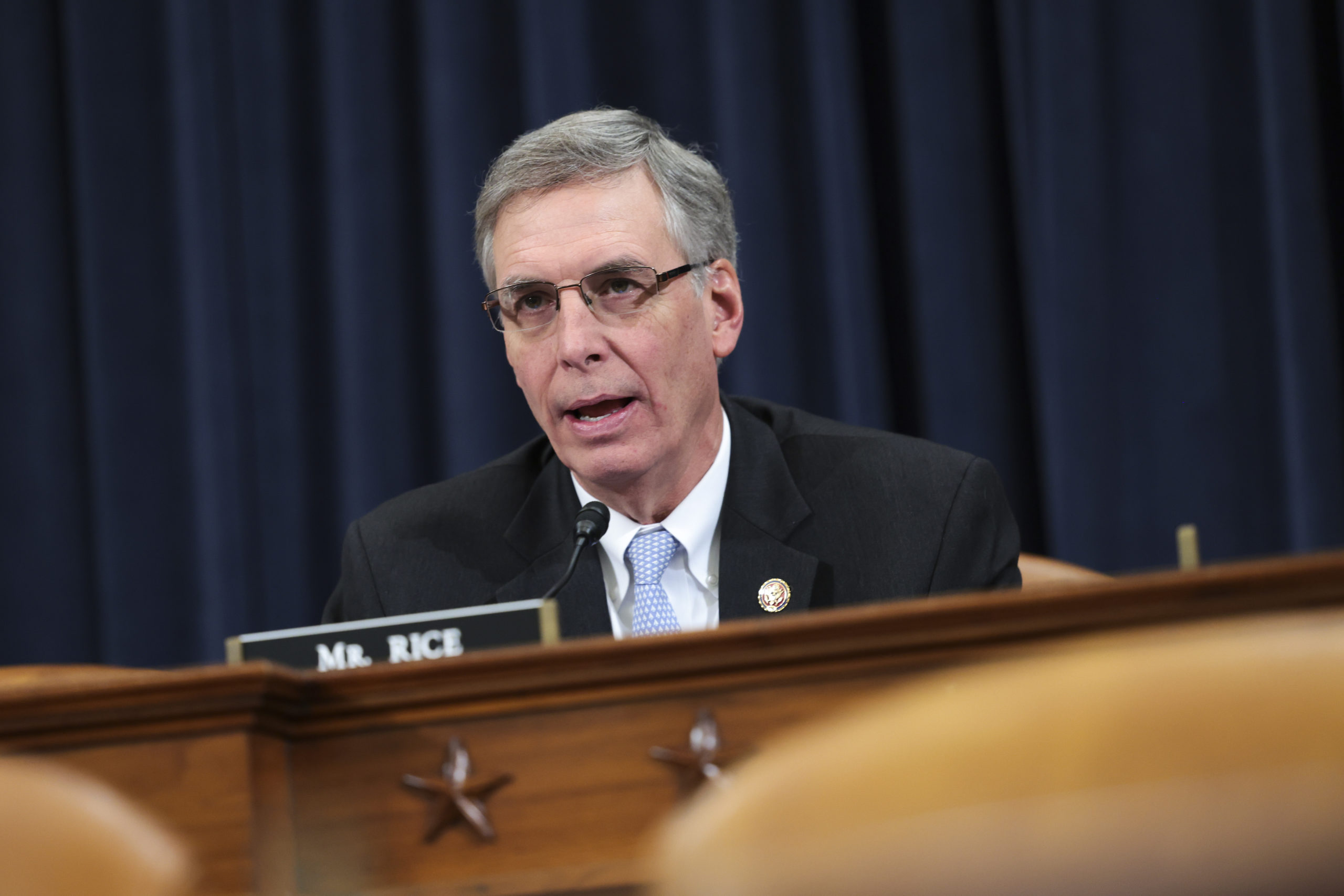 Trump endorsed Mace’s opponent Katie Arrington, who lost to Cunningham in 2018 while campaigning for the House.

A poll conducted between May 26-29 from Trafalgar Group gave Mace a 5-point lead among likely GOP primary voters with about 46% of the vote. It surveyed 556 respondents and had a margin of error of 4.1%.

“Arrington lost her last election to Cunningham … she’s been kind of out of politics since,” Jain said. “As a previous loser already, there’s … that pedigree that she’s already lost an election.”

“Despite Nancy’s sewer rat friends spending $2 million dollars of DC Dark money, they can’t hide that she has voted with AOC nearly 50% of the time,” Chris D’Anna, a spokesperson for Arrington, told TheDCNF in a statement.

Mace has voted with Democratic Rep. Alexandria Ocasio-Cortez of New York about 46% of the time since Jan. 2021, according to ProPublica. The aggregator includes votes on motions to suspend the rules, which allows bills to pass only if two-thirds or greater of members agree.

Mace was able to secure the backing of former U.N. Ambassador Nikki Haley and former White House Chief of Staff Mick Mulvaney, both of whom served in the Trump administration. (RELATED: Here Are The 12 Pivotal Primary Races Of 2022)

By the end of May, Mace had taken in more than $4.1 million in contributions, The Associated Press reported. Arrington trailed with approximately $909,000.

Another Tragalgar poll conducted over the same time period showed South Carolina state representative Russell Fry up by 17 points against Rice with 42% of the vote. It surveyed 572 likely GOP primary voters and had a margin of error of 4%.

“The thing is, everyone is lined up behind Russell Fry,” Jain said, noting the number of endorsements Fry has received in the race. While Rice is supported by some anti-Trump figures, such as Republican Rep. Liz Cheney of Wyoming, Fry has racked up a number of state representative endorsements.

If Rice loses, but Mace keeps her seat, the results would still be seen as a success for Trump and the power the former president continues to hold over the Republican Party, experts told TheDCNF.

“I think probably Trump, more than anything else, wants to settle a score with those 10 Republicans who voted for his impeachment,” Coleman told TheDCNF.

Representatives for Mace, Rice, Fry and Trump did not respond to TheDCNF’s request for comment.