European Union (EU) members agreed on a new emergency proposal Tuesday to cut gas usage over the next eight months amid a worsening energy crisis; however, the plan will limit cuts for certain nations as the continent prepares for winter and a potential cutoff of Russian natural gas deliveries.

The new plan includes important exemptions for nations that are less connected to European gas networks and those whose electrical grids are independent of the European grid system, according to an EU press release. Despite this, in accordance with the amount suggested by the European Commission last week, countries will still be asked to reduce their gas use by 15% starting in January due to Russia’s recent reduction in gas supplies ahead of winter. (RELATED: European Countries Push Back After EU Tells Them How Much Gas They Can Use)

Countries like Germany and Italy may be given weakened mandates to ration gas, reported Reuters. The nations may also be able to exempt vital businesses from gas rationing, such as energy-intensive steelmaking.

The EU is pushing its members to limit gas consumption and stockpile supplies in preparation for the winter as it is concerned that Russia will shut off natural gas flows in response to sanctions implemented following its invasion of Ukraine.

The rush to save gas comes after the Russian state-run gas giant Gazprom said that it would reduce supplies through the Nord Stream 1 pipeline to Germany to 2o% maximum capacity on Monday, blaming sanctions and technical issues with a gas turbine for the cutting of deliveries. 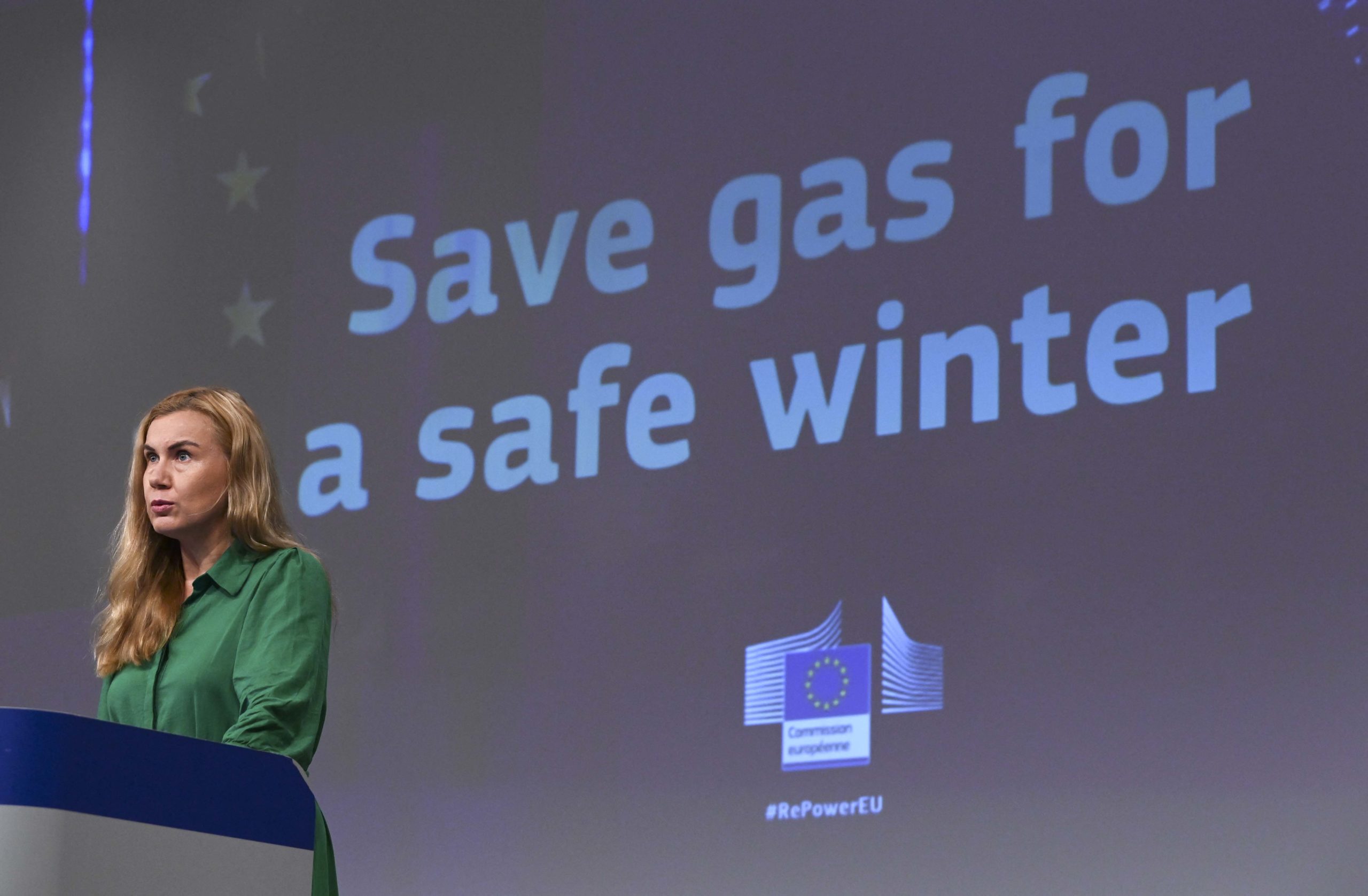 EU commissioner for Energy Estonia’s Kadri Simson talks during a press conference after the College meeting on the ‘Save gas for a safe winter’ package at the EU headquarters in Brussels on July 20, 2022. – The European Commission urged EU countries to reduce demand for natural gas by 15 percent over the coming months to secure winter stocks and defeat Russian “blackmail”. (Photo by JOHN THYS / AFP) (Photo by JOHN THYS/AFP via Getty Images)

EU energy chief Kadri Simson rejected Gazprom’s excuse, calling the disruption “politically motivated” in a press conference Tuesday. Russia previously supplied 40% of EU gas before the beginning of the war in Ukraine and promised on July 20 that it will continue to supply Europe with gas.

Fuel price hikes are driving inflation across the eurozone to all-time highs with the price of gas climbing 11% to nearly 200 euros or $203 per megawatt-hour, according to Trading Economics.

Hungary was the only nation that opposed the deal, two EU officials told Reuters.

The European Commission did not immediately respond to the Daily Caller News Foundation’s request for comment.