The U.S. Department of Education Office of Civil Rights (OCR) finalized its investigation into an Arizona school district, concluding that the district had ignored complaints of anti-semitic harassment, according to an Aug. 23 letter.

The OCR found that a Jewish student of Kyrene School District #28 in Tempe, Arizona, endured five months of anti-semitic harassment and despite being made aware of the harassment, the district failed to take action, according to a letter by the OCR. The school district has committed to a resolution agreement which includes training staff to handle complaints of discrimination and distributing a school climate survey. (RELATED: NYC’s Universities Allegedly Turned A Blind Eye To Antisemitism For Years, Complaint Says)

During the 2018-2019 school year, the student was called names on social media including, “stinky Jew” and “filthy Jew” and students saluted her like Nazi soldiers, the letter stated. Other students made Holocaust jokes in German accents directed at the student.

A video of students “saluting like Nazi soldiers, pretending to be Hitler” was included as evidence in the investigation, the letter showed. The student remained home because she became “frightened and concerned” to face her peers’ reactions after she complained to the principal.

“As a person of Jewish faith, I was deeply affected by this investigation,” said Kyrene School District Superintendent Toenjes in a press release shared with the Daily Caller News Foundation. “I will work very closely with our Board to ensure every student of every faith, every race, and every background feels safe, valued, and respected inside our schools.”

The principal said he offered counseling to the student and met with the educators involved, however they reported that they “did not see anything,” according to the letter. 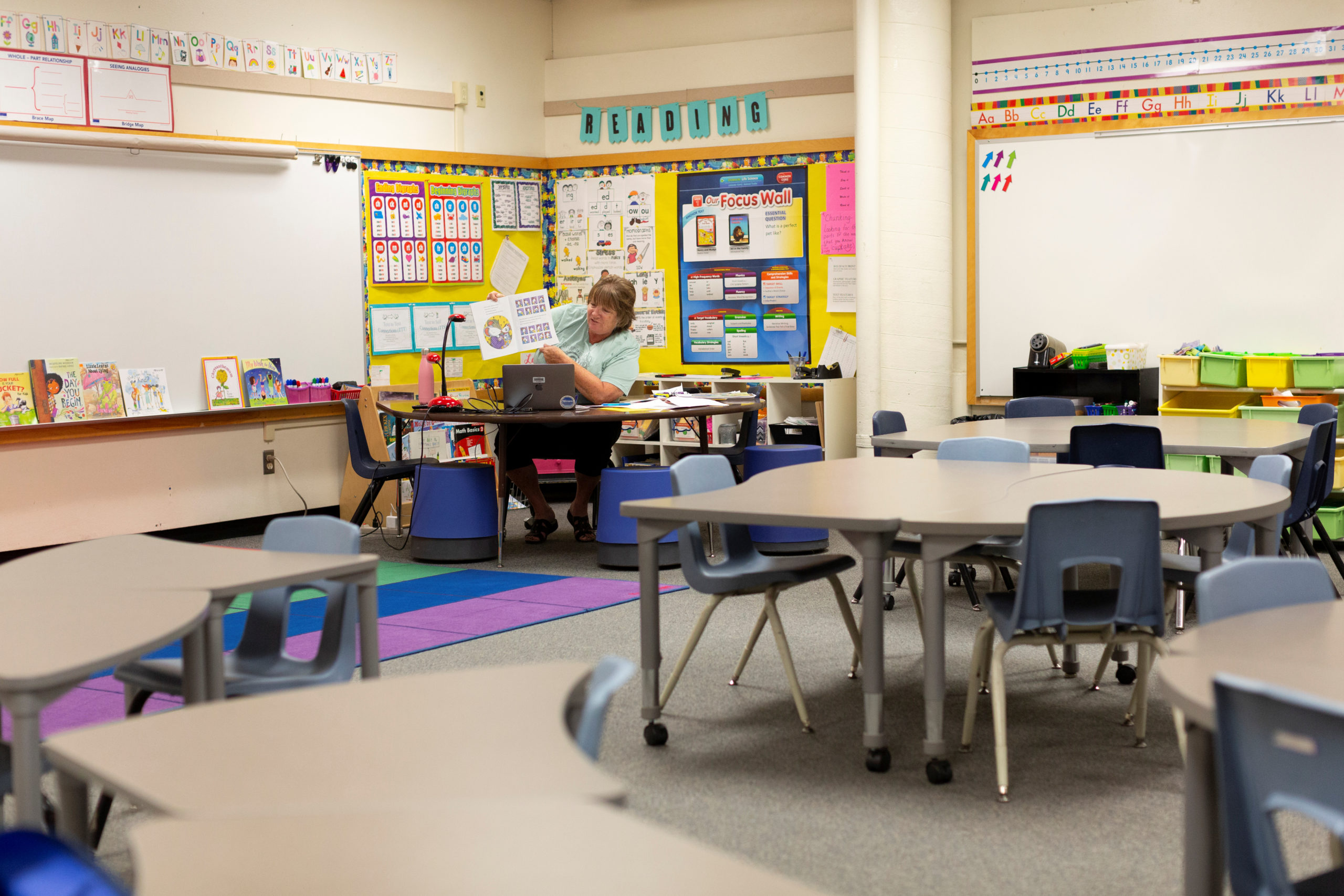 Ellen Phillips virtually teaches a second grade class for students who are either at home or in a separate classroom as in-person learning resumes with restrictions in place to prevent the spread of coronavirus disease (COVID-19) at Rover Elementary School in Tempe, Arizona, U.S., August 17, 2020. REUTERS/Cheney Orr

The school will address the students’ counseling and academic needs as a part of the resolution agreement. The district will also revise its policies to better address anti-semitic harassment.

“As we see a distressing rise in reports of anti-semitism on campuses across the country, I commend Kyrene School District #28 for committing today to take essential steps to ensure that no other students will have to suffer anti-semitic harassment or other harassment based on their shared ancestry,” Catherine E. Lhamon, assistant secretary for the OCR, said in a press release.

The OCR did not immediately respond to the Daily Caller News Foundation’s request for comment.