Democratic Massachusetts Sen. Elizabeth Warren kicked off her 2020 presidential campaign with a series of awkward gaffes and lingering questions about her alleged Native American ancestry.

The day Warren announced she was launching an exploratory committee for a 2020 bid, she appeared on Instagram Live with her husband, Bruce Mann. In the video, Warren attempts to appear folksy as she tells viewers, “Hold on a sec, I’m gonna get me, um, a beer.”

Warren returns to the frame with a bottled beer and then wraps her entire mouth around the bottle neck as she takes a sip. Her husband declines a beer for himself. (RELATED: Elizabeth Warren Drinks Beer, Cooks On Instagram Live)

While Warren may have been attempting to be relatable like her young Democratic colleagues — notably Congresswoman Alexandria Ocasio-Cortez and failed Senate candidate Beto O’Rourke — instead the moment lead to mockery and questions about Warren’s “likability.”

Warren immediately seized on the article as fodder for a fundraising email, suggesting that the piece was just “beard-stroking” sexism and “Republican propaganda.”

“We’re used to being compared to any woman who’s ever lost an election,” the email said.

Never mind the fact that Politico’s article was written by a woman, who spoke directly to current and former Warren staffers, and addressed the idea that the comparisons to Clinton could be considered sexist. 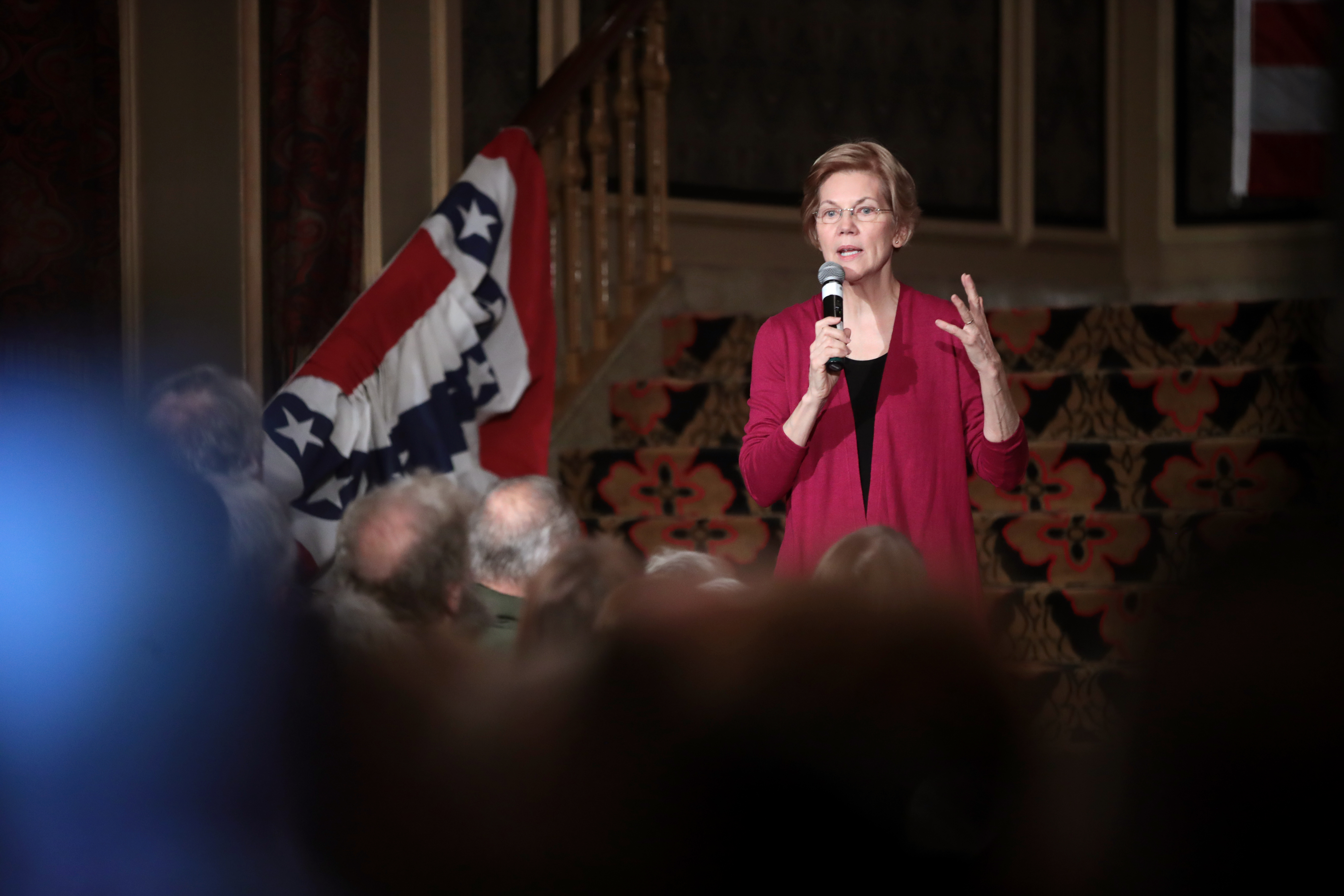 SIOUX CITY, IOWA – JANUARY 05: Sen. Elizabeth Warren (D-MA) speaks to guests during an organizing event at the Orpheum Theater on January 5, 2019 in Sioux City, Iowa. Warren announced on December 31 that she was forming an exploratory committee for the 2020 presidential race. (Photo by Scott Olson/Getty Images)

Warren’s first week on the campaign trail has also been plagued with fallout from her decision in October to release a DNA test showing she is somewhere between 1/64th and 1/1,024th Native American. The Cherokee Nation immediately slammed Warren for releasing the test, stating, “Using a DNA test to lay claim to any connection to the Cherokee Nation or any tribal nation, even vaguely, is inappropriate and wrong.”

The DNA test was supposed to put to rest the rumors that Warren had embellished her Native American ancestry or somehow used it to get ahead in her career. It was also meant to silence the president’s favorite nickname for the Harvard Law professor — “Pocahontas.” Instead, months later, Warren is still answering questions about her perceived connection to tribal ancestry.

Warren’s website for her exploratory committee addresses the controversy and compares questions about her ancestry to “birthers” who questioned whether President Barack Obama was born in the United States. (RELATED: Elizabeth Warren Compares Scrutiny Of Native American Heritage Claim To Obama Birtherism)

“Show us your papers. Release your birth certificate. It’s all part of the right’s disgusting effort to use race-baiting and fear-mongering to distract our country and divide our people while they rig the system for the rich and powerful,” the website claims.

Despite the website’s insistence that Warren’s claims to Native American ancestry are not problematic, the senator spent her first week on the campaign trail seemingly making amends to tribal nations. On Thursday night, Warren attended a special reception ceremony for the first Native American women to be elected to Congress.

On Friday night, Warren was speaking at an event in Sioux City, Iowa when an audience member forced her to address the DNA test again. Warren was careful to wrap the criticisms of the Cherokee Nation — primarily that DNA tests do not show tribal membership — in her answer.

“I’m not a person of color,” Warren told the audience. “I’m not a citizen of a tribe. Tribal Citizenship is very different from ancestry. Tribes and only tribes determine tribal citizenship and I respect that difference.”

Warren’s Native American ancestry claims weren’t the only struggle she faced on the stump in Iowa, one of the biggest presidential election battleground states. After just one day of campaigning, Warren had already lost her voice and had to address a group of supporters with a hoarse throat.

Her explanation came with a poorly-worded excuse: “Too much time with little people,” which a spokesperson says was in reference to Warren’s grandchildren.

Warren’s desire to be relatable came full circle during her trip to Iowa, in which she awkwardly “admitted” to purchasing things on Amazon when asked about internet regulation.

“I admit. I buy stuff on Amazon,” she reportedly said. “I buy things online.”

Warren asked about regulating the internet: “I admit. I buy stuff from Amazon. I buy things online.”

If her first campaign week is any indication, Warren could be in for a long and bumpy road ahead for 2020.