“We’re going to zero. … We expect all countries to abide by U.S. sanctions,” U.S. Department of State spokesperson Morgan Ortagus said during a Thursday press briefing, but she did not go into further detail. (RELATED: Was Iran’s Prisoner Release A Missed Opportunity For Better US Relations?)

Politico White House correspondent Eliana Johnson, however, reported earlier Thursday, “Senior administration officials are now in agreement that China defied U.S. sanctions when it imported more than a million barrels of crude oil from Iran earlier this month. They are now grappling with whether – and how – to hit back, according to three U.S. officials.” 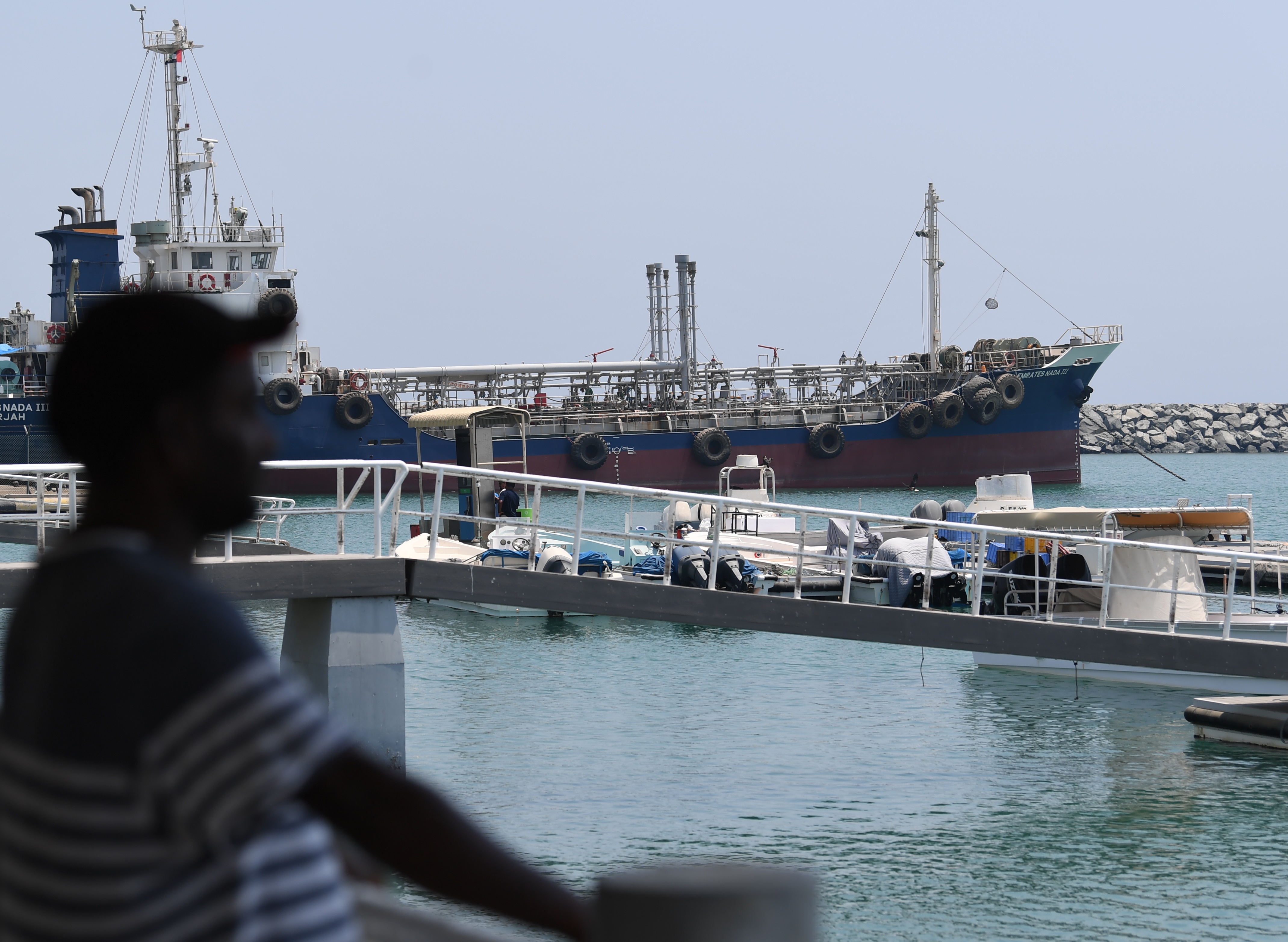 A man watches on July 2, 2019 the ships movement in the port of Fujairah in the east of the United Arab Emirates (UAE), where recent tensions spiraling between Iran and the United States have affected movement in the Gulf of Oman, near the strategic Strait of Hormuz. (Photo by KARIM SAHIB/AFP/Getty Images)

China imported more than 1 million barrels of oil from Iran on July 3, a week after Brian Hook, a U.S. special representative for Iran, warned that the U.S. “sanction any imports of Iranian crude oil,” Politico reported.

“China has said that it’s a matter of national energy security to keep those flows incoming and have also rejected the unilateral US sanctions,” Samir Madani, co-founder of TankTrackers.com, which tracks crude oil exports, told the Daily Caller News Foundation. “They continue to import Iranian oil to this day. Iran has no interest in closing shut the Strait of Hormuz for this reason.”

“As far as ‘exports to zero’ are concerned, May’s number of 500,000 barrels per day is as close as it came,” Madani continued. “Sanctions always work extremely well in the beginning, but then the country that is hit by sanctions finds a permanent backup plan which means that the U.S. needs to find another way to confine them.”

The New York Times published a story on July 2 about vanishing ships “going dark” after picking up Iranian imports in the Strait of Hormuz. (RELATED: Two Oil Tankers Attacked Near Strait Of Hormuz As US And Iranian Tensions Fray)

“They are hiding their activity,” Madani told the Times. “They don’t want to broadcast the fact that they have been in Iran, evading sanctions. It’s that simple.” 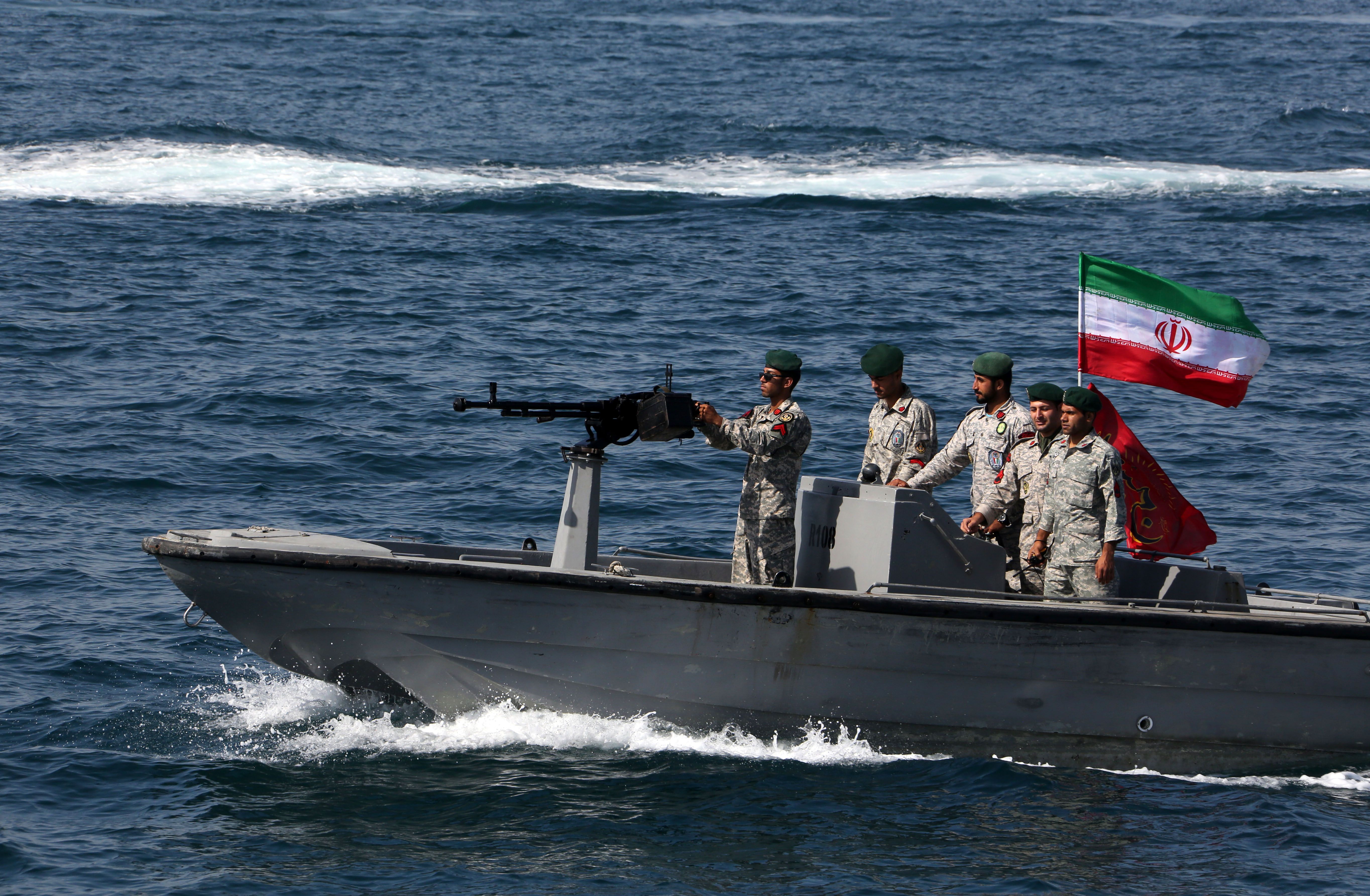 Iranian soldiers take part in the “National Persian Gulf day” in the Strait of Hormuz, on April 30, 2019. (Photo by ATTA KENARE/AFP/Getty Images)

The administration was also reportedly weighing a pass for China to allow the country to import Iranian oil as payment for investment in the Chinese oil company Sinopec. A source familiar with the plan told Politico on July 3 that official correspondence between the State Department and Sinopec discussed a waiver as payment for the oil.

Hook, however, told reporters on July 3 that “there are right now no oil waivers in place,” adding, “We will sanction any illicit purchases of Iranian crude oil.”

The U.S. raised tariffs on about $200 billion of Chinese goods and raised duties from 10% to 25% in May. In retaliation, Beijing raised its tariffs on $60 billion worth of U.S. goods three days later.

Trump also threatened to raise tariffs on $300 billion in Chinese goods before meeting with Chinese President Xi Jinping at the G-20 summit on June 28 if the two countries did not reach a trade agreement. While the countries have not yet made a deal, Trump also has not yet implemented additional sanctions.

A State Department official said the department does not preview sanctions. The White House did not respond for comment.