While waiting for the arrival of Egyptian President Abdel Fattah el-Sisi at the August G-7 summit in Biarritz, France, President Donald Trump reportedly called out, “Where’s my favorite dictator?”

Trump’s question left the rest of the world leaders either bemused or shocked as they said nothing, the Wall Street Journal reported Saturday. The president made the comment in a voice that was loud enough to be heard by all present, but it’s unclear if el-Sisi heard. 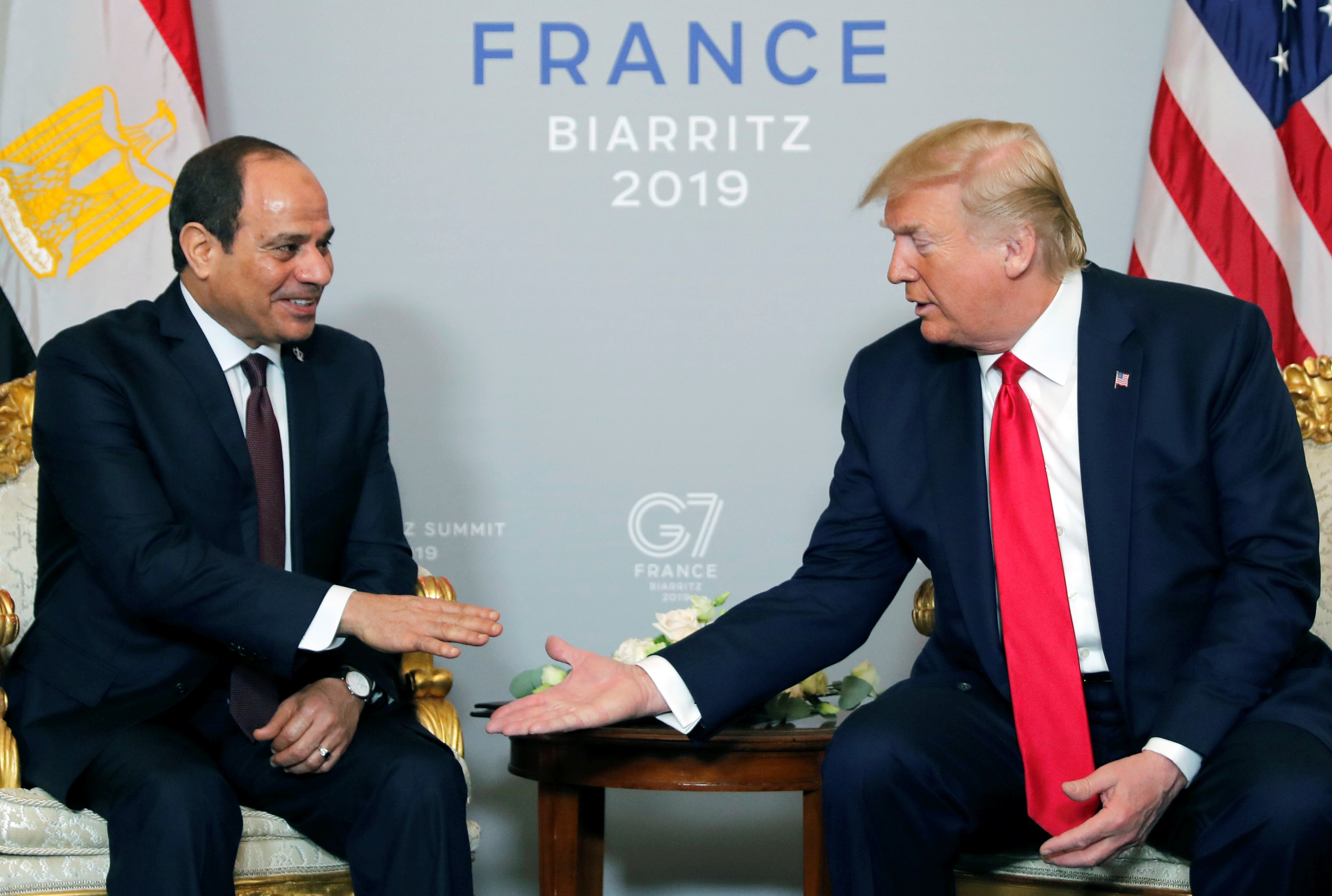 There has been no official comment from either the White House or the Egyptians.

El-Sisi seized control of Egypt in a 2013 coup d’état and it’s been reported his authoritarian rule has seen the jailing of opposition forces and the torture and murder of prisoners. (RELATED: Egyptian Police Allegedly Torture And Kill Italian Student They Thought Was A British Spy)

Apologists of the Egyptian government say that the el-Sisi has restored order in the country after the chaotic rule of the Muslim Brotherhood. The Trump administration has been reluctant to criticize el-Sisi for his actions and the president lauded Egypt in January upon the opening of the largest Christian church in the country. Former Egyptian President Mohammed Morsi died in June this year after collapsing in a courtroom.

Trump has never been adverse to proclaiming his ability to practice the art of the deal with political strongmen, from Russian President Vladimir Putin to North Koran dictator Kim Jong Un.

Trump’s remark was heard by 10 G-7 participants from the United States and three from Egypt, according to sources close to the Journal.

Whether el-Sisi heard the remark or not, he was soon chatting with Trump as reporters looked on. Trump told the group that he has enjoyed a good relationship with the Egyptian leader since his 2016 election victory. (RELATED: Egyptian President El-Sisi: I Have A Standing Invitation To Address Congress)

“We understood each other very well. He’s a very tough man, I will tell you that. But he’s also a good man, and he’s done a fantastic job in Egypt. Not easy,” said Trump, who hosted el-Sisi at the White House in 2017.

A press release issued after the meeting did not indicate any irritants between the two men.

“President Trump expressed his appreciation for Egypt and President El Sisi as well as the development that Egypt has witnessed to realize security and stability as well as growth, in spite of regional instability,” the Egyptian presidency’s office said in a statement afterward.