During Tuesday’s Democratic presidential debate, former Department of Housing and Urban Development (HUD) Julian Castro compared the release of ISIS prisoners to the “caging” of migrant children at the U.S.-Mexico border.

On the topic of President Donald Trump’s decision to withdraw U.S. troops from Syria, CNN debate moderator Anderson Cooper asked candidates how they could “convince the rest of the world that we can still be trusted.”

former HUD Secretary Julian Castro compared the situation to the U.S. southern border, after California Sen. Kamala Harris said Trump “sold out the Kurds” and gave thousands of ISIS prisoners a “get out of jail free card.

“You asked the question of ‘how are we going to get people to trust us again?’ The first thing is we got to boot Donald Trump out of the Oval Office so that people will trust us again. I also want people to think, the folks this week that saw those images of ISIS prisoners running free — to think about how absurd it is that this president is caging kids on the border and effectively letting ISIS prisoners run free,” Castro said Tuesday.

The comment was the first of the night about immigration, and followed Castro’s hyper focus on the issue since entering the Democratic presidential campaign. 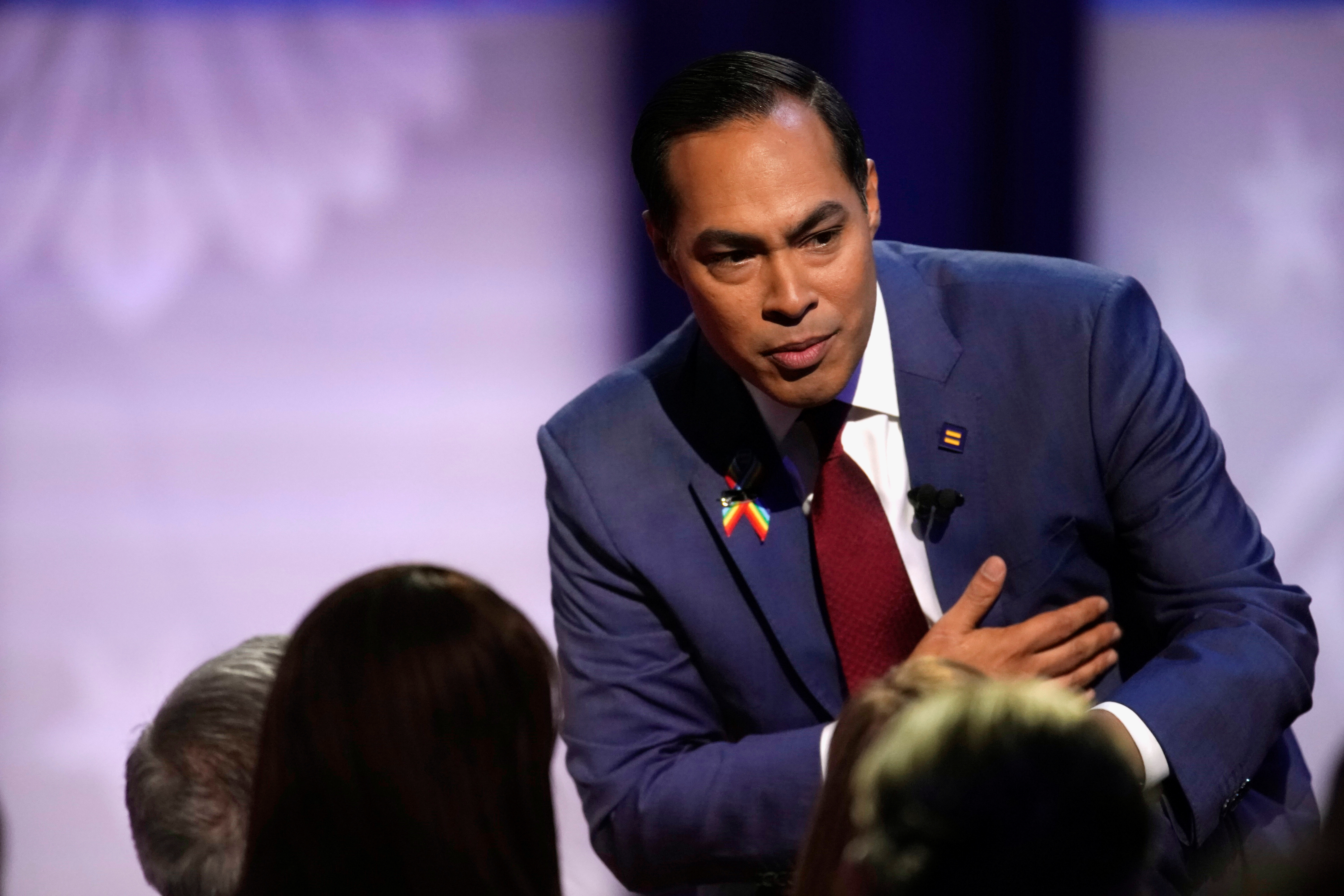 “He has made a tremendous mistake, a total disaster there in Syria. Just to connect the dots for a second, if you’re Kim Jong un, for instance, why in the world would you believe anything that this president says to contain your nuclear weapons program when he tore up an Iran nuclear agreement that we just signed four years ago, which was the strongest agreement to contain Iran’s nuclear weapons program, and now he’s abandoned the very people we gave our word to?” Castro continued.

Then-Attorney General Jeff Sessions announced a “zero tolerance” policy in April 2018 for migrants who enter the country illegally, which dramatically cracked down on the those who broke U.S. immigration law. However, there was immense pushback amid reports that migrant families were being separated upon detainment. Trump signed an executive order in June of that year ending family separation.

While the Trump administration is known for its crackdown on illegal immigration, and the programs that have come along with it, the Obama administration also implemented policies that targeted illegal immigrants — including the detainment of migrant children. Castro served as HUD secretary during Obama’s tenure.

Immigrant children were placed in cages during the Obama administration. Photos of caged kids from the Obama-era have continually resurfaced on the news as both Democrats and media outlets have erroneously tied the photos to the Trump administration. (RELATED: Warren Echoes Trump On Trade In Democratic Debate)

Castro has actually criticized Obama’s record on immigration before. When discussing the extraordinarily high rates of deportations under Obama during the July debate, former Vice President Joe Biden noted that Castro never mentioned his complaints when they worked together in the White House.