The Big Sky Conference named University of Montana runner June Eastwood, a biological male who identifies as a transgender woman, the cross-country female athlete of the week.

“June Eastwood finished second in a field of 204 runners at the Santa Clara Bronco Invitational,” helping “Montana place seventh as a team,” the conference noted in its announcement Tuesday. Eastwood previously competed on the University of Montana’s men’s team.

The University of Montana’s athletic director previously cited NCAA policy in explaining why Eastwood was competing on the women’s team. The NCAA allows male runners who identify as transgender women to compete in women’s athletics after suppressing testosterone levels for a full calendar year.

Scientific research indicates male athletes retain competitive advantages over female athletes, even after suppressing testosterone. (RELATED: We Spoke With This Former Olympian About Transgender Athletes. Here’s What She Said) 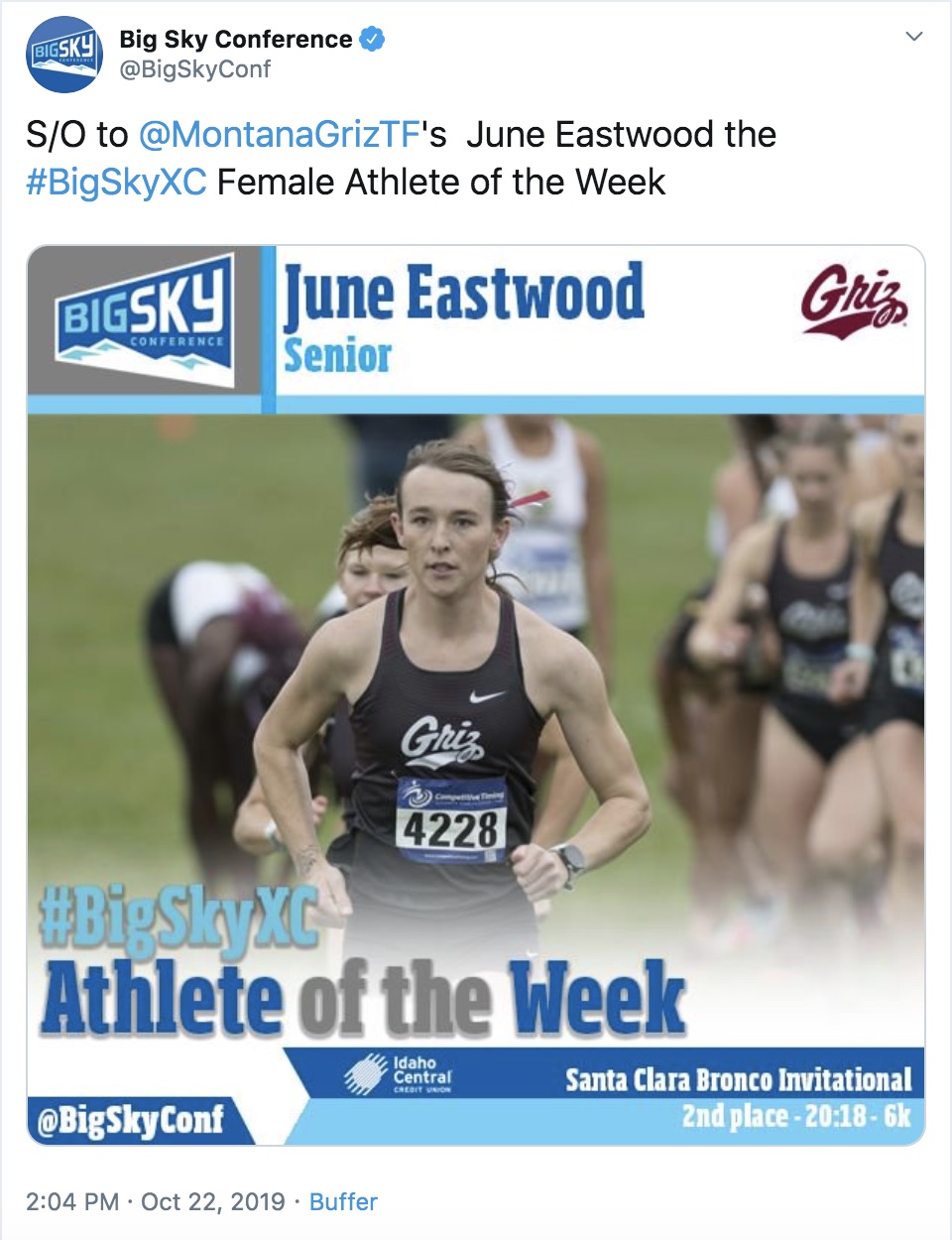 Eastwood, whose accomplishment was first flagged by The College Fix, isn’t alone in winning accolades in female athletics as a male athlete.

Biological male runner CeCe Telfer, who identifies as a transgender woman, won an NCAA DII national championship for Franklin Pierce University in May. Like Eastwood, Telfer competed on the university’s men’s team before later switching to the women’s team.

The House of Representatives voted in May to pass the Equality Act, which would require schools to allow male athletes who identify as transgender girls to compete on female sports teams. The bill had unanimous support among House Democrats and is supported by every Democratic presidential frontrunner. (RELATED: Female Lifters Speak In Support Of USA Powerlifting Transgender Rule)