“Glad to be back on Twitter after more than two months. For the backstory, stay tuned……..” Bolton said.

Glad to be back on Twitter after more than two months. For the backstory, stay tuned……..

The former ambassador’s intentions have come under scrutiny as many speculate that he could reveal damaging information about the Ukraine scandal were he to testify in the ongoing impeachment inquiry in Congress.

The Daily Caller reported this month that Bolton’s Super PAC recently released a 2020 campaign survey aimed at likely Republican voters asking for email addresses and phone numbers. Bolton’s PAC told the Caller that the group was focused only on congressional candidates, and that Bolton had no “intention” of running for office himself. 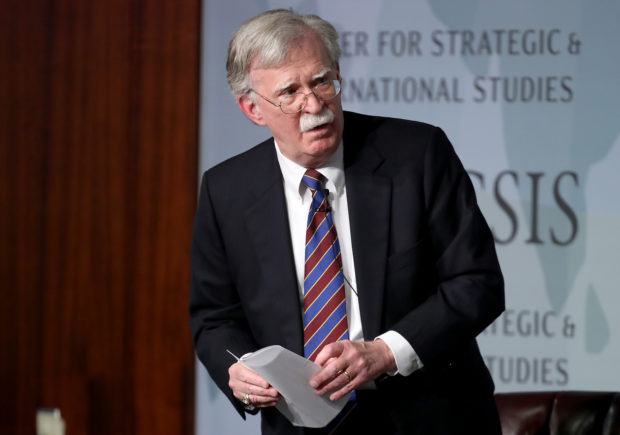 Bolton, a former U.N. ambassador, was hired in 2018 as national security adviser for President Donald Trump. (RELATED: Bolton Warns Iran: US Navy To Deploy Carrier And Bombers To Middle East)

He left the White House in September, with Trump saying that he “disagreed strongly with many of his suggestions.”

The ambassador is reportedly working on a book about his time in the Trump White House.