Seven candidates met for the 10th Democratic presidential primary Debate in South Carolina Tuesday Night, but the story of the night was candidates incessantly speaking over one another and moderators unwilling or unable to rein them in.

It was the first debate since Sanders cleaned house in the Nevada primary despite early opposition from critical union figures. On Saturday, South Carolina will be the final state to primary before super Tuesday, dolling out 54 delegates in total. Biden desperately needs the win to stay in the race, but despite being expected to win early on in the campaign trail, Sanders’ rise since Iowa and New Hampshire has threatened what was once a sure victory.

Candidates faced criticism in the 9th debate for overly focusing on Bloomberg, who surged in the polls initially but was still far behind Sanders.

This debate did follow the trend of being more combative than earlier on in the campaign, but candidates frequently spoke over one another to the point where it was difficult to follow what was being said.

Since the 9th debate, criticizing Sanders has become more popular, with opponents digging up his past praise for communist regimes and their dictators, as well as troubling writings about women.

This is off the rails.

O’Donnell opened the debate by questioning Sanders on the economy, and while the magnifying glass stayed on Sanders, the topic soon went off the rails.

Bloomberg made the opening salvo, perhaps trying to make up for his weak performance in the previous debate. Bloomberg pointed to recent reports that the Russian government has been meddling in U.S. affairs in favor

“Imagine spending the first half of 2020 watching Bernie Sanders versus Donald Trump,” Buttigieg said. “Imagine what that would do to our country.”

Biden joined in on the pile-on targeting Sanders on gun control, saying he voted five times against the Brady bill, which would require a waiting period for buying handguns.

“Progressive is getting things done, and that’s what we did,” Biden said to mass applause.

Sanders punched back, however, feeling comfortable to throw around his weight as the leader in the race.

“I’m hearing my name mentioned a lot tonight. I wonder why,” Sanders said in reference to his lead.

Biden argued he was still the leader in South Carolina by 15 points, saying he “worked like hell” to earn the support of the Black community.

Later on in the debate, Buttigieg and Biden joined up to attack Sanders on his gun control record. (RELATED: American Bar Association Expands Promotion Of Gun Control)

“These aren’t old votes that happened a long time ago,” Buttigieg said, “This is a current bad position that Bernie Sanders holds. We’re in South Carolina. How are we gonna deliver a revolution if you won’t even support a rule change?”

Sanders stuck to his guns, arguing that he had supported a ban on assault weapons “30 years ago,” and that his more recent opposition to gun control legislation was less relevant. Sanders also repeatedly touted his “D-” rating from the National Rifle Association.

Sanders defended himself by condemning China as a dictatorship, but tripling down on his defense of Cuba, arguing that Obama had made many of the same statements, and that his policies were not that radical.

“Is medicare for all, universal healthcare, some kind of communist radical agenda?” he asked. (RELATED: Bernie Sanders Won’t Reveal How Much His Medicare-For-All Plan Costs)

Buttigieg then jumped in and the two talked over one another indecipherably for nearly a minute.

Who Is The Most Not-Racist? 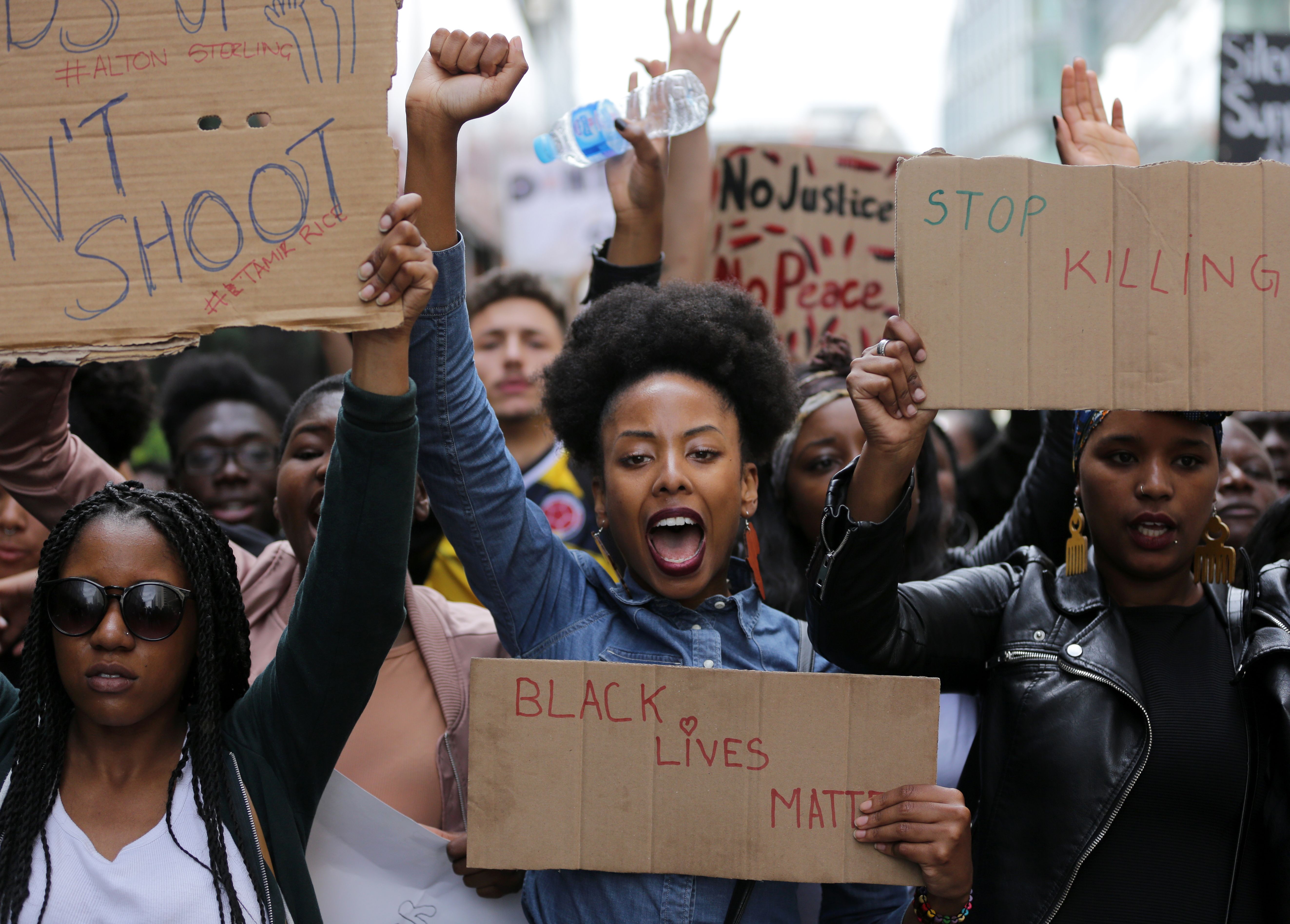 Moderators soon turned the conversation toward racial issues, calling on Bloomberg to defend his past endorsement of stop-and-frisk policing in New York City.

When asked, both Buttigieg and Klobuchar called Bloomberg’s implementation of stop-and-frisk racist.

Despite racial controversies in both Klobuchar’s and Buttigieg’s careers, moderators left the the issues alone.

Later on, candidates universally argued that housing was a deeply racist issue in the U.S. Warren opened the conversation by bringing up redlining–the issue of people being denied services based on where they live–but Steyer soon took over by claiming he was the only candidate on the stage who supported reparations.

Buttigieg disagreed, however, saying his campaign had supported a form of reparations since the beginning, going on to say that his plan on race issues would protect black Americans from alleged voter suppression. 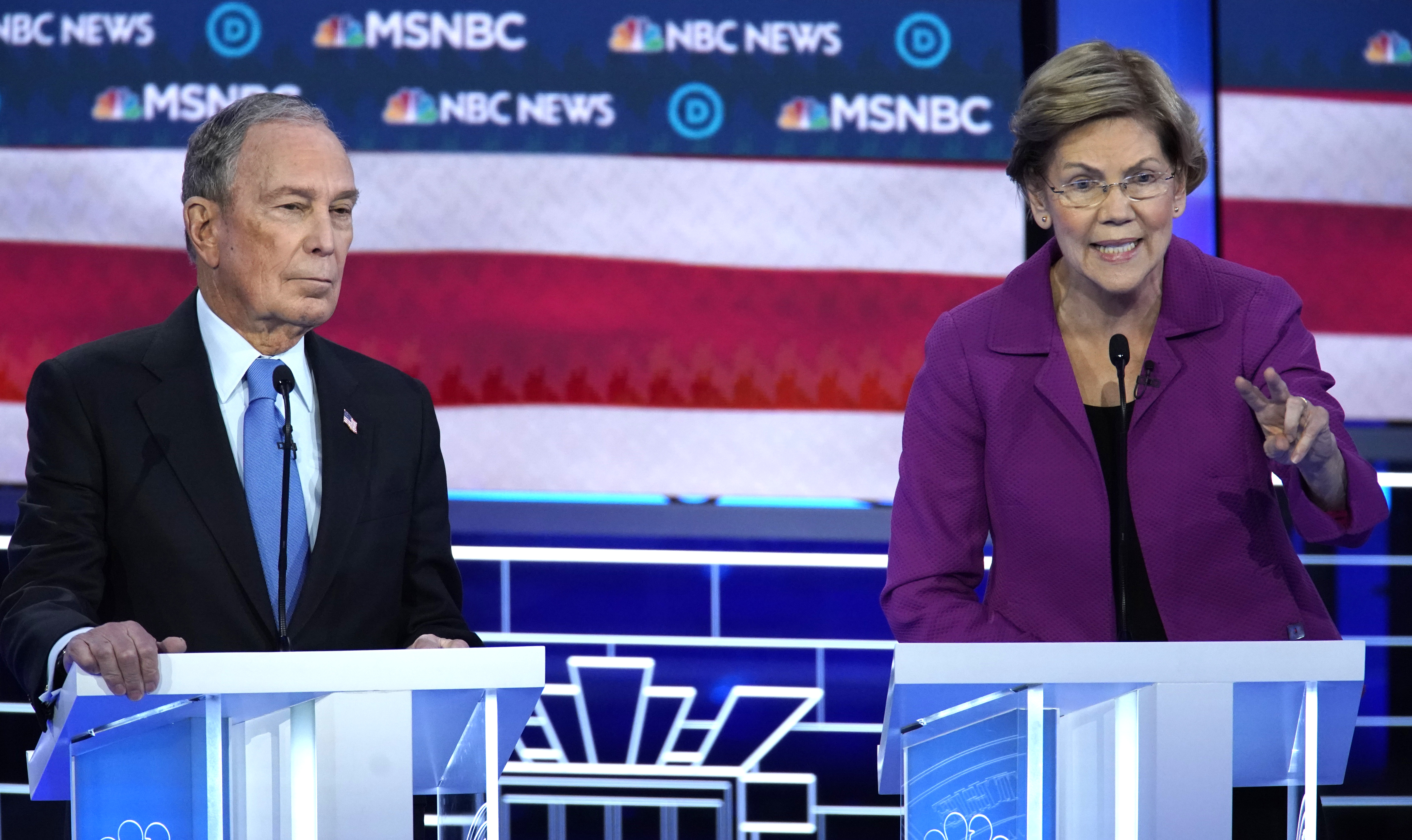 Warren then turned the conversation toward Bloomberg, reigniting an issue that brought her huge praise in the 9th debate: his history with women.

Referencing her story of becoming pregnant as a teacher, she called out Bloomberg for allegations that he had told one of his pregnant female employees to “kill it,” in reference to the baby.

Bloomberg flatly denied the allegation, saying “we couldn’t figure out what [the woman] was talking about,” before apologizing if somehow his words had been misconstrued.

He pointed out that since the 9th debate, he did what Warren asked and released women from their non-disclosure agreements.

Warren pressed on, however, arguing that the former mayor hadn’t released all of the agreements. But like so many other conversations throughout the night, the argument was lost in squabbling as other candidates tried to join in.

Bloomberg was the first candidate to bring up the coronavirus, which has spread from China across the world since late 2019. Bloomberg accused Trump of defunding critical disease-management programs.

Department of Health and Human Services secretary Alex Azar warned earlier Tuesday that while the disease is currently contained here, outbreaks in other countries could still transfer to the U.S. He said Americans may face changes to their day-to-day life, such as when the government cancelled school briefly in 2009 for the Swine Flu epidemic.

The press briefing came hours after the Centers for Disease Control and Prevention advised Americans to prepare for potential outbreaks in their communities.

Moderators asked whether the candidates would close the borders to prevent the spread of the coronavirus. Klobuchar dodged the question, shifting — along with her fellow candidates — to attacking president Trump for cutting funds to disease prevention.

The Centers for Disease Control announced Tuesday that a loss of containment was not a question of “if,” but “when.”

Moderators returned from the second break to turn to foreign policy, questioning each candidate on their positions on pulling troops out of the Middle East.

Each of the candidates criticized the war in the Middle East, but none called for a whole-sale withdrawal.

The conversation soon turned toward China, with moderators pointing out that Bloomberg has argued that China’s leader Xi Jinping is not a dictator. Bloomberg defended himself by arguing that the U.S. needed to cultivate relations with China to survive.

Biden took him to task on the issue, pointing out that he was the only person on the stage who had actually met Xi. He called out the dictator’s concentration camps for Uighur Muslims in Xinjiang, saying that any defense of a part of a regime like communist China’s was indefensible. (RELATED: Everything You Missed In The 9th Democratic Debate)

Later on, moderators brought up the issue of Israel, asking candidates whether they believed in a two-state solution for Palestinians and Israel and whether the U.S. should move its embassy back to Tel Aviv from Jerusalem.

None of the candidates committed to moving the embassy back, but all supported a two-state solution. Bloomberg made a flub, however, in claiming that the conflict between the Jewish people and Palestine only went back less than a century.

Steyer described drawing a cross on his hand every morning to remind himself to do what’s right.

Klobuchar said many voters seemed to think she was boring, even though she isn’t, saying her life motto was that politics is about improving people’s lives.

Biden closed with his patented humility, saying his motto was that “No one’s better than me and I’m not better than anyone else,” and that the misconception was that people tended to think he had no hair.

Sanders argued that most voters thought his policies were radical, when he says they’re aren’t radical at all. His motto was from Nelson Mandela: “Everything is impossible until it happens.”