For the second straight week, roughly 6.6 million Americans filed for unemployment benefits, according to new data released Thursday by the U.S. Department of Labor.

In three weeks, nearly 17 million people have lost their jobs, more than the total number of jobs lost in the 2008 recession. Economists predict that unemployment may reach 15% by the end of April, five times higher than the lows recorded by the Trump administration prior to the coronavirus pandemic. Prior to the past few weeks, the highest weekly total for jobs lost occurred during the 1982 recession (695,000). 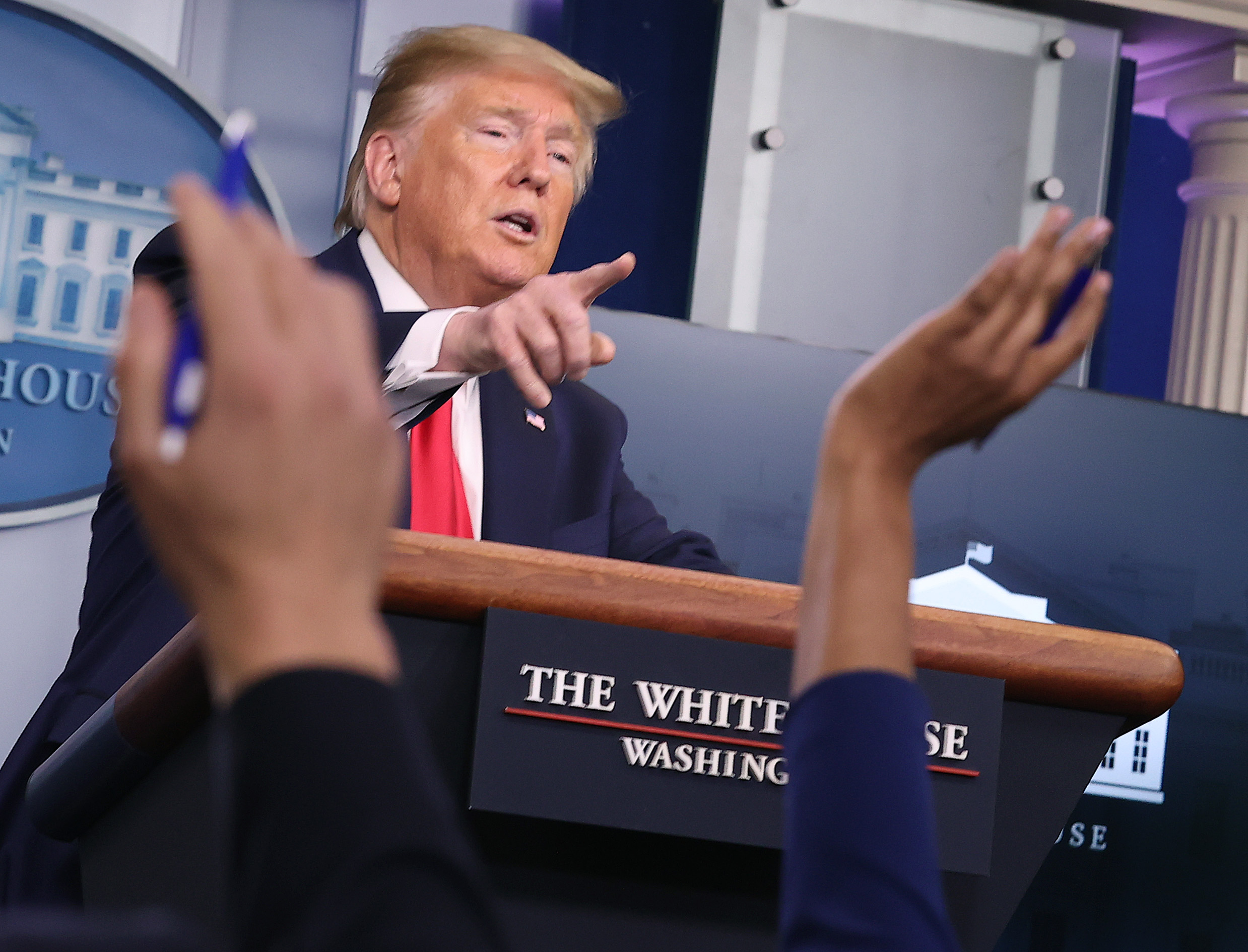 WASHINGTON, DC – APRIL 08: U.S. President Donald Trump speaks during his coronavirus task force briefing in the Brady Press Briefing Room at the White House on April 08, 2020 in Washington, DC. Trump vowed to hold back funding for the World Health Organization at the briefing, accusing the organization of having not been aggressive enough in confronting the virus, but later denied saying the funding would be withheld, according to published reports. (Photo by Chip Somodevilla/Getty Images)

The Federal Reserve announced new details on several new measures, including its new Main Street lending program, Thursday morning that will inject $2.3 trillion back into the economy.

“Our country’s highest priority must be to address this public health crisis, providing care for the ill and limiting the further spread of the virus,” Federal Reserve Board Chair Jerome H. Powell said in a statement accompanying the announcement. “The Fed’s role is to provide as much relief and stability as we can during this period of constrained economic activity, and our actions today will help ensure that the eventual recovery is as vigorous as possible.”

The news comes as President Donald Trump and Congress prepare yet another economic stimulus package. Trump signaled earlier in the week that he is open to another wave of direct payments for all Americans. The president has also specifically stated that he wants to include a massive infrastructure push that will help create millions of jobs in the next wave of coronavirus legislation. (RELATED: McConnell Pledges To Add Funding To Coronavirus Paycheck Fund On Thursday)

“This is the time to do our decades long awaited Infrastructure Bill,” he tweeted March 31. “It should be VERY BIG & BOLD, Two Trillion Dollars, and be focused solely on jobs and rebuilding the once great infrastructure of our Country!”

The previous stimulus legislation, worth upwards of $2 trillion, was the largest piece of financial legislation to be signed into law in modern history.