During a campaign stop Monday afternoon, Perdue reportedly said the New York Democrat was going to be down in Georgia, saying he wants her to come down to the state and that he will buy her ticket, according to NBC News Senior Digital Politics Reporter Alex Seitz-Wald.

“She’s going go be down here. I’m going to buy her a ticket! I want her to come down to Georgia. We’ll have that debate,” Perdue reportedly said about Ocasio-Cortez. 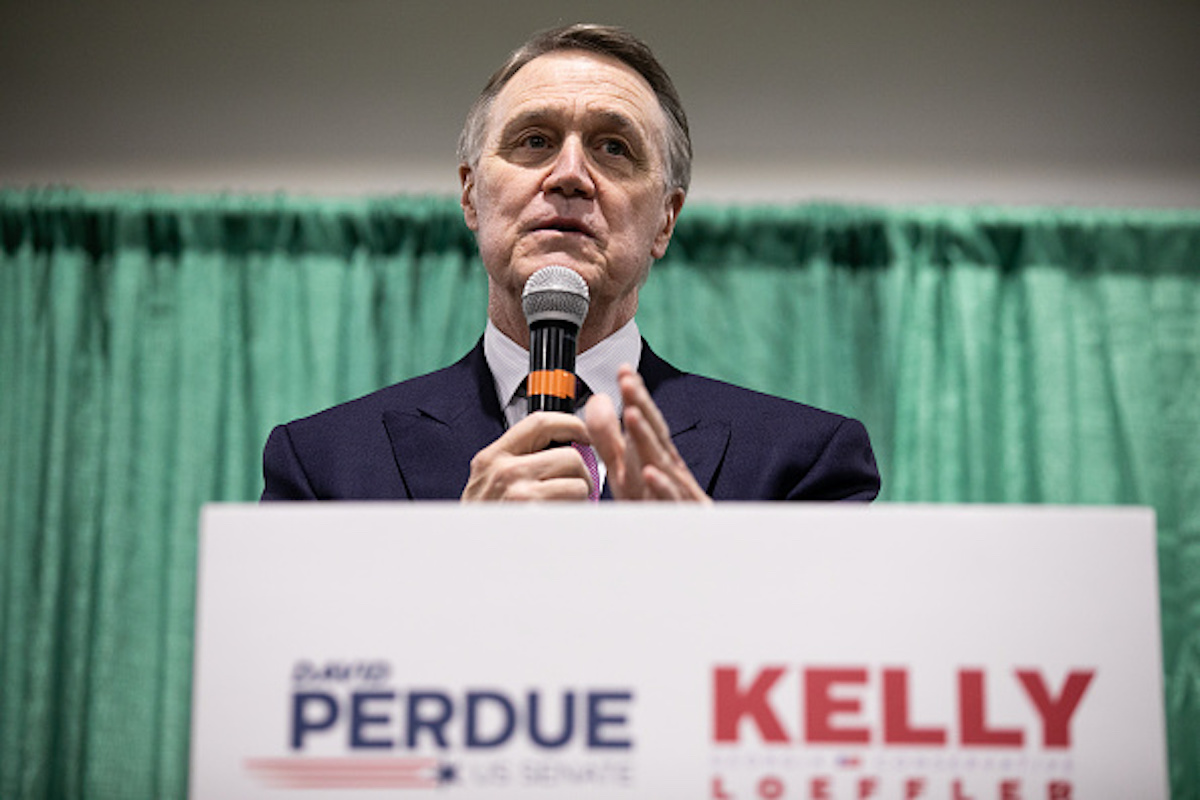 Sen. David Purdue (R-GA) speaks to the crowd of supporters during a “Defend the Majority” rally at the Georgia National Fairgrounds and Agriculture Center on November 19, 2020 in Perry, Georgia. (Photo by Jessica McGowan/Getty Images)

It is likely that a number of Senators or well-known politicians on both sides will help campaign in the state and donate money from their own campaigns to help the two candidates win their runoff races in January, as they are expected to be the most expensive Senate races in history. Republican Georgia Sen. Kelly Loeffler is running against Democratic challenger Raphael Warnock in her runoff. (RELATED: Sen. John Kennedy Lists Who Will Be Negatively Impacted If Democrats Win Georgia Senate Races)

Loeffler’s campaign said Monday that she tested negative for COVID-19 after one came back inconclusive. Loeffler will continue to be tested.