Thousands of complaints from New York City residents about the homeless population have gone unanswered since local officials slashed the police department budget by $1 billion, according to the New York Post.

Prior to the department’s defunding, 79 complaints went unanswered in June, according to the Post. In July that number skyrocketed to 437, and numbers reached an all-time high in August when 681 calls were not followed through with, the New York outlet reported.

“It was getting better but now it’s getting worse,” a 90-year-old resident told the Post about the homeless problem in her neighborhood. “The police do not come around anymore.” 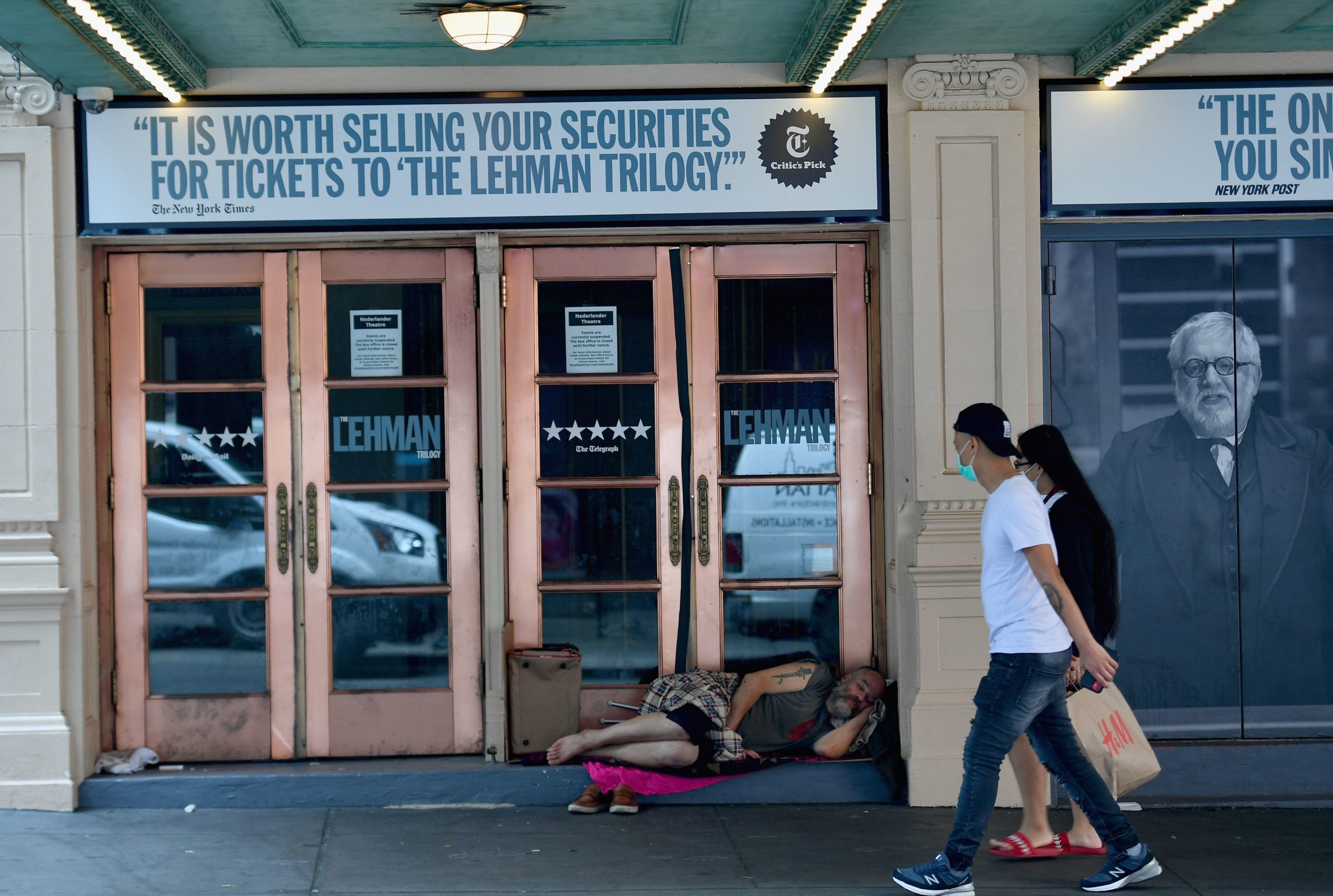 A homeless person sleeps in front of a closed broadway theater on 42nd Street near Time Square on September 28, 2020 in New York City.(ANGELA WEISS/AFP via Getty Images)

Another city-dweller told the outlet, “Nobody is doing anything. It’s just a deterioration of the neighborhood.”

The calls, which are placed to 311 in New York City, include complaints about vagrants causing problems in addition to welfare checks on homeless people that might be in danger, according to the Post.

“Like so many other issues, homeless outreach landed in cops’ laps because the politicians had no other plan to solve the problem,” Police Benevolent Association president Patrick Lynch told the Post. “Now they’re taking responsibilities and resources away from the NYPD, but they still don’t have a plan.”

De Blasio came under fire after his administration housed homeless people, some of whom were reported to be convicted sex offenders, in luxury hotels throughout the city amid the coronavirus pandemic in August, according to a separate Post story. Upscale neighborhoods said vagrants were urinating, doing drugs and harassing women, the report read. (RELATED: ‘You Want To Buy Crack?’: NYC Homeless Staying In Luxury Hotels Urinating In Public, Harassing Residents)