Every member of the progressive Democratic group known as “The Squad” voted for Nancy Pelosi as House Speaker during a Sunday vote for the new 117th Congress.

Rep. Alexandria Ocasio-Cortez was asked about her vote afterward on Capitol Hill, to which she told reporters that she did not want to risk giving Republicans the speakership due to the slim majority. There were only five Democrats who did not vote for Pelosi, none of which are in “The Squad.”

“Well, you know, I think when you look at the razor-thin margin … We are just an extremely slim amount of votes away from risking the speakership to the Republican party and this is, it’s, it’s bigger than any one of us and that is consequential. But I also think it’s important that we realize that what kind of communities, which communities and all of the communities that, that creates Democratic power, power,” Ocasio-Cortez told reporters on the Hill. 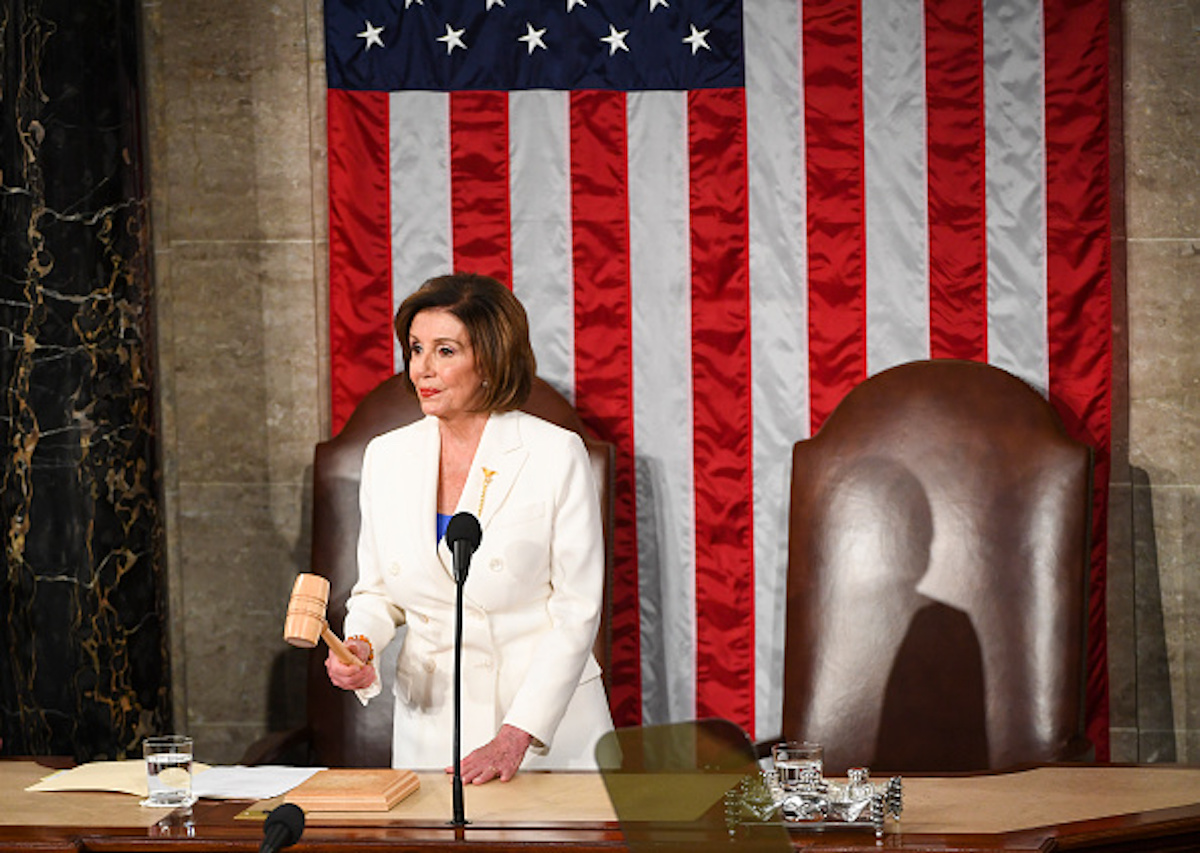 House Speaker Nancy Pelosi (D-Calif.) strikes the gavel ahead of President Donald J. Trump’s State of the Union address before members of Congress in the House chamber of the U.S. Capitol February 4, 2020 in Washington, DC. (Photo by Jonathan Newton/The Washington Post via Getty Images)

HERE IS HOW THE DEMOCRATS WHO OPPOSED PELOSI IN 2019 VOTED:

Pelosi was reelected on a 216-209 vote. Pelosi launched her bid on Nov. 6 in a letter to her Democratic colleagues, congratulating them on maintaining a majority in the House. The vote was closer than expected due to the Democrats’ small majority as well as members being out due to positive COVID-19 tests. (RELATED: Pelosi Reelected As Speaker As Congress Begins New Session)

After the November elections, Pelosi told Democrats that their party had “a mandate.” Democrats in the House reportedly voiced their concerns about the future of the party with Pelosi in a caucus call, as the party did not expand their majority but instead lost several seats. Virginia Democratic Rep. Abigail Spanberger was reportedly the most vocal, causing Pelosi to fire back saying Democrats have a “mandate.” (RELATED: ‘F*cking Torn Apart Again In 2022’ — Virginia Democrat Allegedly Lights Up Caucus Call On Election Performance)

Before Pelosi was reelected as Speaker in 2018, House Democrats and Pelosi agreed to term limits for the top three Democratic leaders in the House, which Pelosi agreed would stop her from another run at speaker in 2022, Roll Call reported. As House Democrats have retained their majority in the House, Pelosi had already asked her Democratic colleagues to support her as Speaker for another term. (RELATED: This Could Be Pelosi’s Last Term As Speaker If Elected, Due To 2018 Agreement)