China’s campaign to grow its presence in Latin America has brought the country’s influence dangerously close to the U.S., but experts told the Daily Caller News Foundation that America’s efforts to combat it fall short.

The communist goliath has become the number one trading partner for several countries in the region, with Cuba becoming the latest country to sign onto Xi Jinping’s Belt And Road Initiative (BRI), a massive global project launched in 2013, in October.

“It goes in and just buys and corrupts elites like it does everywhere,” Gordon G. Chang, author of “The Coming Collapse of China,” told the DCNF.

“There’s a lot of infrastructure that Beijing is building,” Chang said. “It makes those countries dependent on China and we should be making sure that the debt trap traps not the debtor but the creditor.” (RELATED: Fugitive Chinese Businessman Arrested In US For Alleged Visa Fraud)

“The United States is not doing anything to counter it, to be honest with you. At all,” Mario Duarte, president for Latin America for Stryk Global Diplomacy and former secretary of strategic intelligence of Guatemala, told the DCNF.

He lamented how U.S. embassies “never did anything” to try to negate Chinese influence during his time as chief of intelligence. “Not a single diplomat in the region ever approached the governments here in trying to push back on China,” he said. 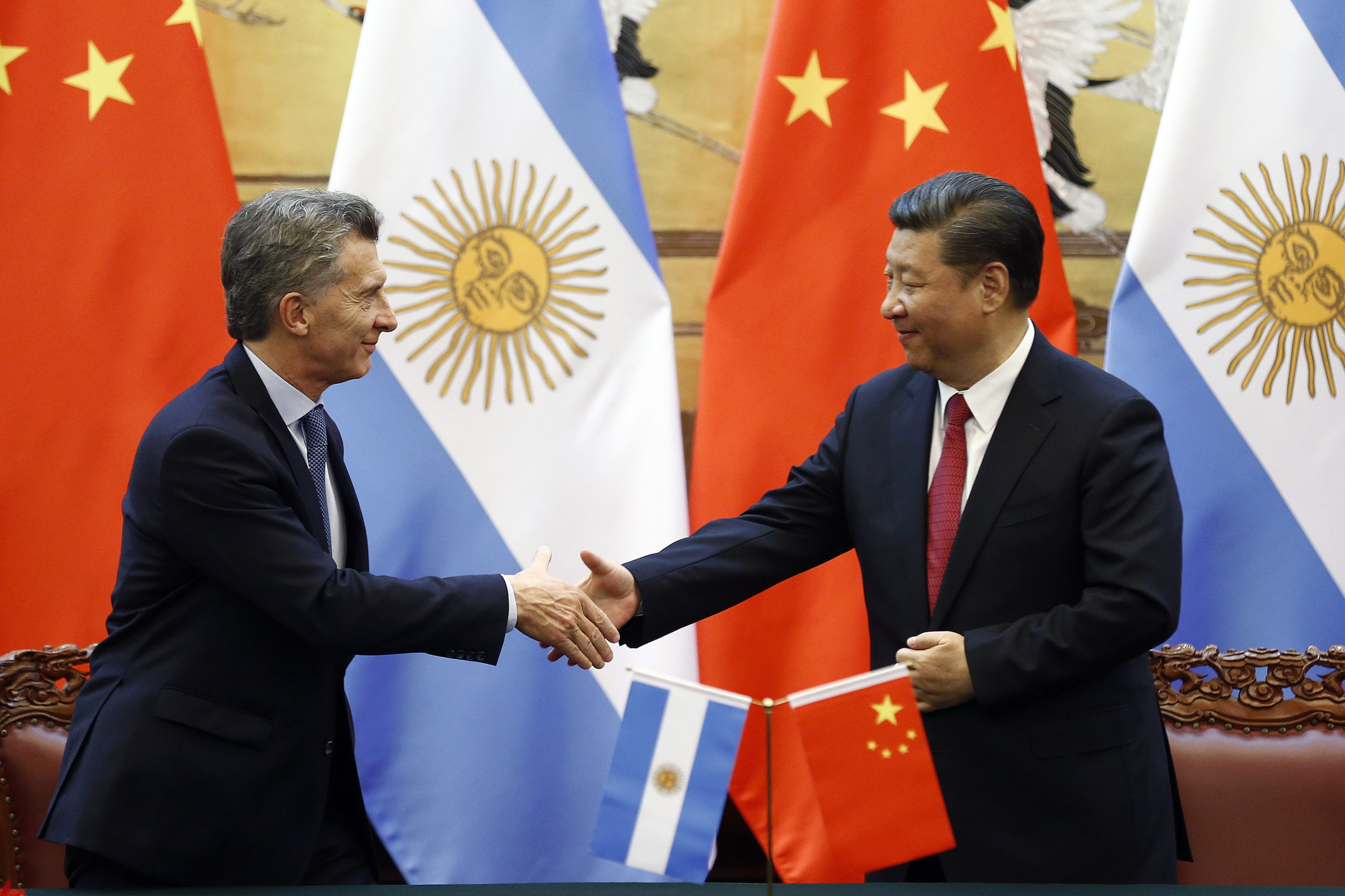 Chinese President Xi Jinping and Argentina’s President Mauricio Macri attend a signing ceremony at the Great Hall of the People on May 17, 2017 in Beijing, China. (Photo by Damir Sagolj/Pool/Getty Images)

‘This is not a good story for us’

Chang argued China’s success in the region has less to do with the determination of the Communist Party and more to do with American neglect.

“People have known about the problem of China’s penetration of a number of these countries and for a very long time we paid more attention to the Middle East or Asia or even Europe and we’ve neglected, traditionally, not only Latin America but also the Caribbean,” he said.

“This is not a good story for us,” Chang added. “It just seems to me we’ve had a failure of leadership across the board and that’s Republicans and Democrats, liberals and conservatives. It’s just a failure to understand what’s going on and to defend the American republic.”

Joseph Humire, a global security expert for the Center for a Secure Free Society, told the DCNF that the U.S. was late to realize the extent of China’s campaign in Latin America, only being a “topic of discussion” through the Bush and Obama administrations.

However, he said the country’s approach to China began to drastically change with the Trump administration, where there was a “conscious effort” globally to reduce the country’s influence. (RELATED: Harvard Trained The People Overseeing China’s Genocide Camps)

“There was efforts, I think, to start challenging China in Latin America on specific sectors, mainly in telecommunications, as China was beginning to lobby to have its 5G companies become basically the preferred providers in strategic countries in Latin America,” Humire said.

Space was another sector the U.S. began to push back against China on, signing agreements with countries in the region because Beijing was “encroaching on the space domain in Latin America” under the false pretense of deep space exploration, Humire explained.

“When you have low flying, hypersonic missiles that are going to low orbit around the Earth, you kind of wonder if those satellite stations are being used for something else,” Humire said. “It was more, in a sense of, I think talking about it and making it known that this is a concern of the United States that would allow that to become a policy conversation in these countries.” 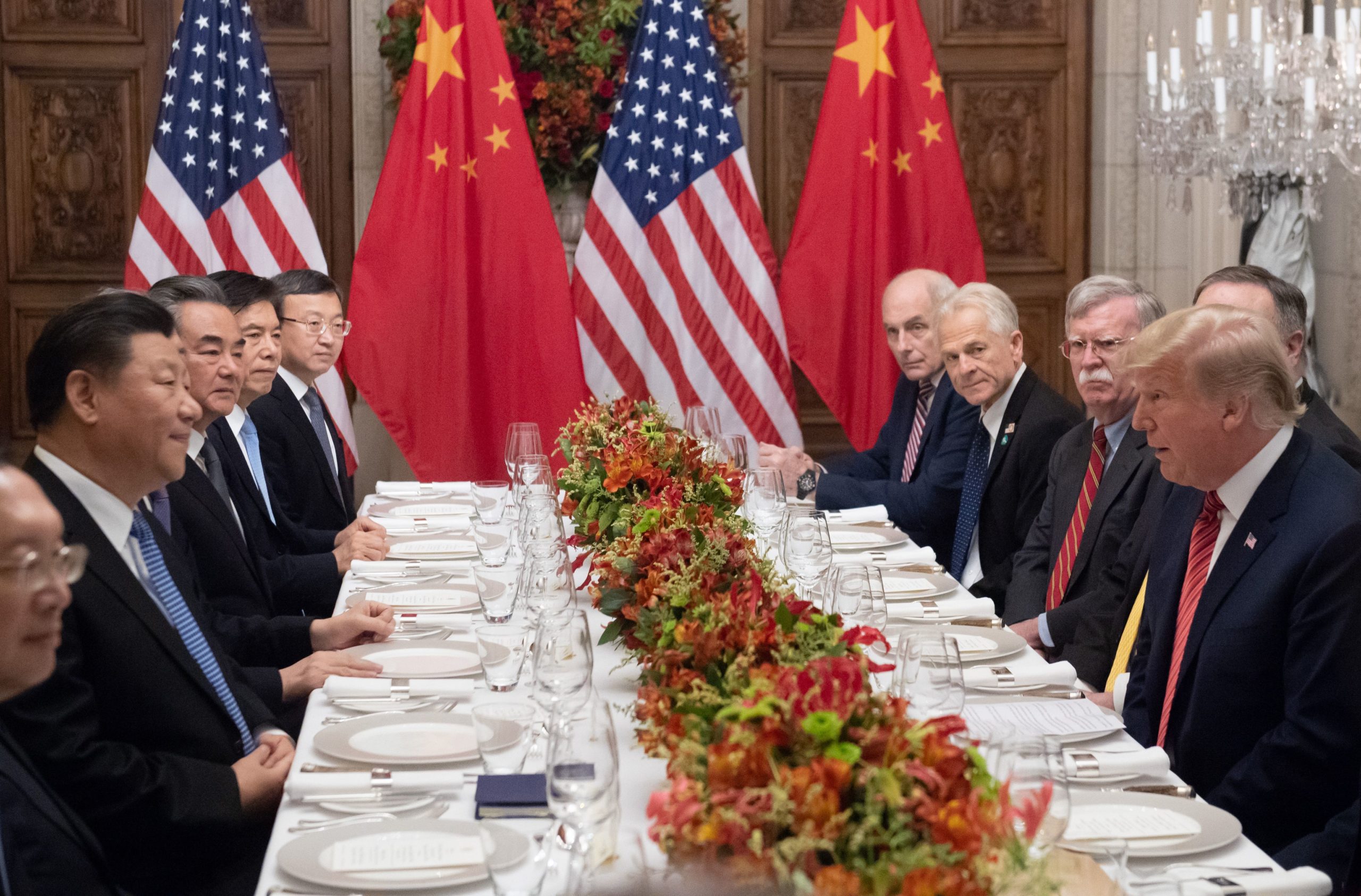 U.S. President Donald Trump and China’s President Xi Jinping along with members of their delegations, hold a dinner meeting at the end of the G20 Leaders’ Summit in Buenos Aires, on December 01, 2018. (Photo by SAUL LOEB/AFP via Getty Images)

Chang agreed that former President Donald Trump had taken stronger steps towards fighting Chinese influence in the region than his predecessors, such as hosting five Caribbean leaders in 2019 to discuss investments in their countries, as he believed China’s projects in the Caribbean should worry the U.S.

“We have the Chinese building a container port … in the Bahamas, a $3 billion project, which seems to me to be much too large to be justified as an economic measure,” he said. “You got to believe that the Chinese are building … a container port which they intend to seize … which means that we’ll have a Chinese naval base 87 miles east of Palm Beach.”

What does Biden need to do?

Humire told the DCNF it remained unclear whether the Biden administration would maintain pressure on China, but that he hadn’t “seen anything significant” from it thus far. He said the U.S. needed to develop better messaging in the region to truly stem the power China has there.

“President Biden must not underestimate President Xi’s desire to replace the United States as the world’s superpower,” former Ambassador to the U.N. Nikki Haley told the DCNF in a statement. “China is threatening us on our own doorstep. Now is the time to double down and make sure our Latin American allies know we have their backs.”

Humire argued the U.S. needed to have a “profound understanding” of what makes its cooperation with Latin America “powerful.” This lack of understanding is prominent in the Biden administration’s anti-corruption efforts in Latin America, he said.

He argued U.S. efforts in this area don’t “get to the heart” of why China can outsmart America. There needs to be “a level of mutual respect” when it comes to fighting corruption, with the U.S. adhering to Latin America’s “sovereign nation boundaries.”

China portrays itself as humbler than the U.S. in this aspect, selling itself as a “reliable friend” that doesn’t “bounce out” like Americans once their needs are fulfilled, he said. “They’re conquering Latin America with a smile … and Latin Americans are buying it up.” (RELATED: China Tells VP Kamala Harris US Has No Credibility After Afghanistan)

“The United States’ strong, historic ties to the people and governments of the hemisphere emphasize common values and priorities, including shared democratic aspirations,” a State Department spokesperson told the DCNF in a statement. “We respect the sovereign right of each nation to make choices about their domestic plans.”

“Well-established evidence ties PRC-linked firms to infrastructure projects with inadequate labor and environmental standards, which undermine workers’ rights under domestic law and, more generally, international labor standards,” the spokesperson added. “We distinguish ourselves from the PRC’s approach to development, including the BRI, by building social and economic safeguards into the projects we support.”

Chang argued encouraging manufacturing in Latin America would “solve a number of problems” in regards to the countries’ reliance on China, as well as stop caravans of migrants from fleeing their borders.

“The reason why those societies can’t keep their people is because they were destabilized when China joined the World Trade Organization,” he said. “Factories not only left North America, they also left Central America for China.”

Additional steps include guaranteeing “countries negotiate hard deals with China” and making “life as miserable as possible for Venezuela,” which China still has a lot of money invested in, Chang said. “We should be making sure that the debt trap traps not the debtor but the creditor.” 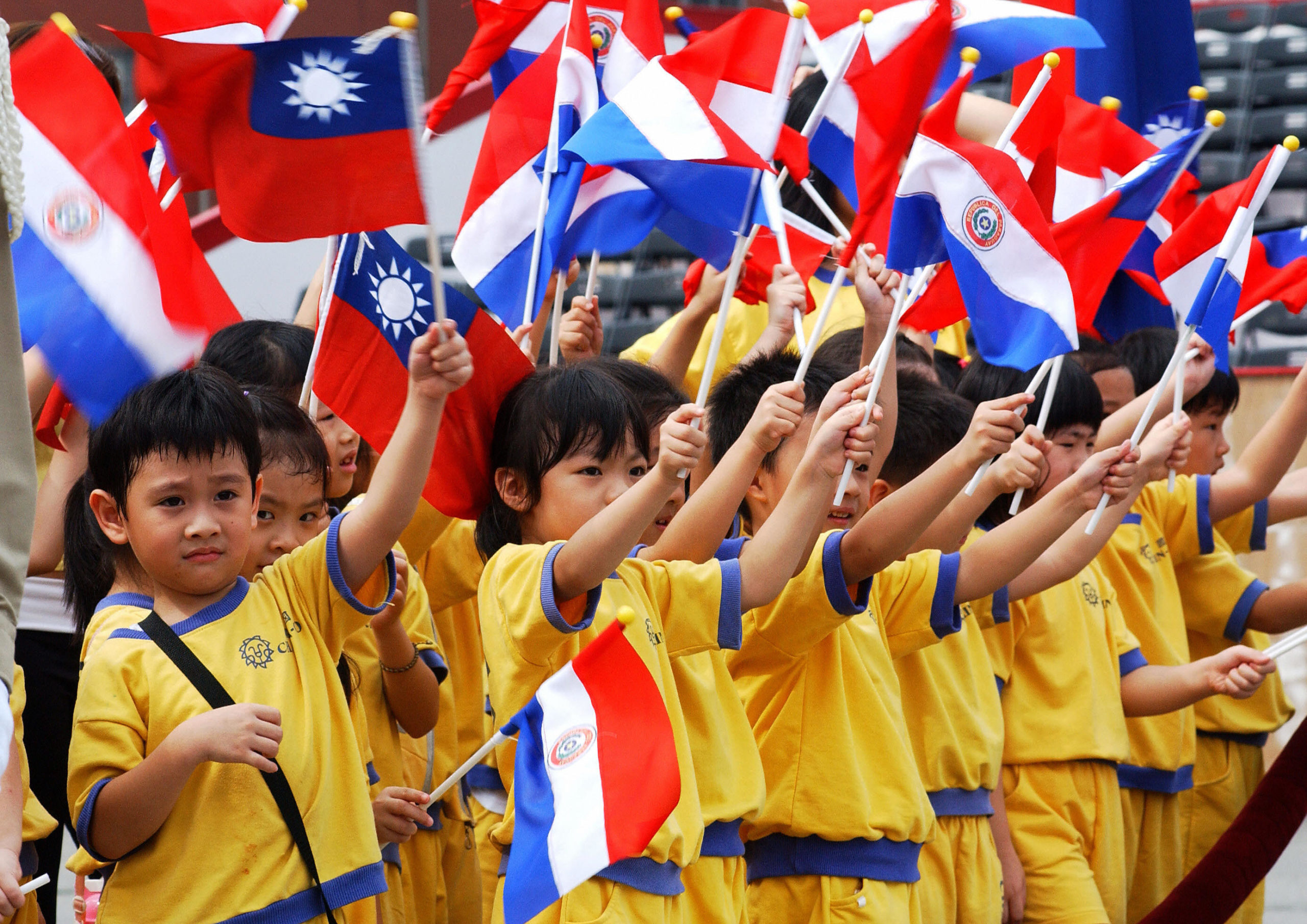 The role of Taiwan

“Taiwan has been a very good friend of Guatemala,” Duarte said. “They have always been very respectful and they have talked to the different countries here eye to eye.”

“In the case of Paraguay, Taiwan helped that country actually build its national congress,” Humire added.

Humire said Latin America is a good “temperature check” for when China will invade Taiwan, as it will “make sure they broke relations with Latin America” before launching an attack. Taiwan was dealt a blow when El Salvador severed diplomatic ties with it in 2018 in favor of China, The New York Times reported, while Humire noted the upcoming elections in Honduras could also lead it to turn its back on the island.

Despite Beijing’s close relationships with many Latin American governments, the experts the DCNF spoke to said its people appear to be less sold on the communist country, with Duarte noting citizens blame China for the COVID-19 pandemic.

A 2019 Pew Research Center survey showed 51 percent of Brazilians, 50 percent of Mexicans, and 47 percent of Argentines view China favorably. However, negative sentiment towards China began to erupt on social media after the pandemic started to impact the continent, The Diplomat reported.

“China’s never really hit a significant note of being like a popular partner for the people in Latin America,” Humire told the DCNF, arguing Latin Americans are more “ambivalent” towards the nation. (RELATED: Taiwan Confirms US Troops Are On The Island, China Responds In Anger)

China’s early distribution of its COVID-19 vaccines to the continent also caused public opinion to sour, due to their low effectiveness and the coercive deals that came with them, Chang said. “We being a democracy, of course we’re going to reserve vaccines for our own people and that was the right decision, but now that we can make a lot of this stuff, I think the Biden administration has done pretty well in terms of distributing vaccines around the world.”

“Ironically, I think it worked out in our favor,” Humire added. “We gave it enough time so that China and Russia seemed like they were inefficient and then when their vaccines weren’t working and these countries were pretty much desperate, we came in.”