Tesla CEO Elon Musk said he “strongly believe[s]” in the Second Amendment when pressed by CNBC about his thoughts on guns after Tuesday’s deadly massacre at a Texas elementary school.

“I strongly believe that the right to bear arms is an important safeguard against potential tyranny of government. Historically, maintaining their power over the people is why those in power did not allow public ownership guns,” Musk reportedly said Wednesday in an email to CNBC.

Musk also said he supports “tight background checks” for all gun sales and thinks assault weapons should be limited to individuals in certain circumstances, like gun range owners and those who live in a “high risk location, like gang warfare,” according to CNBC. It is unclear what CNBC means by “assault weapon.”

He blamed the media in part for giving killers attention as well, according to the report. (RELATED: ‘It’s Time To Die’: Fourth Grader Says Texas Gunman Fatally Shot Girl Who Screamed ‘Help’)

“Regarding recent events, the shooters are obviously doing this to generate the most amount of attention possible,” he reportedly said. “Why is the media doing exactly what the mass murderers want?” 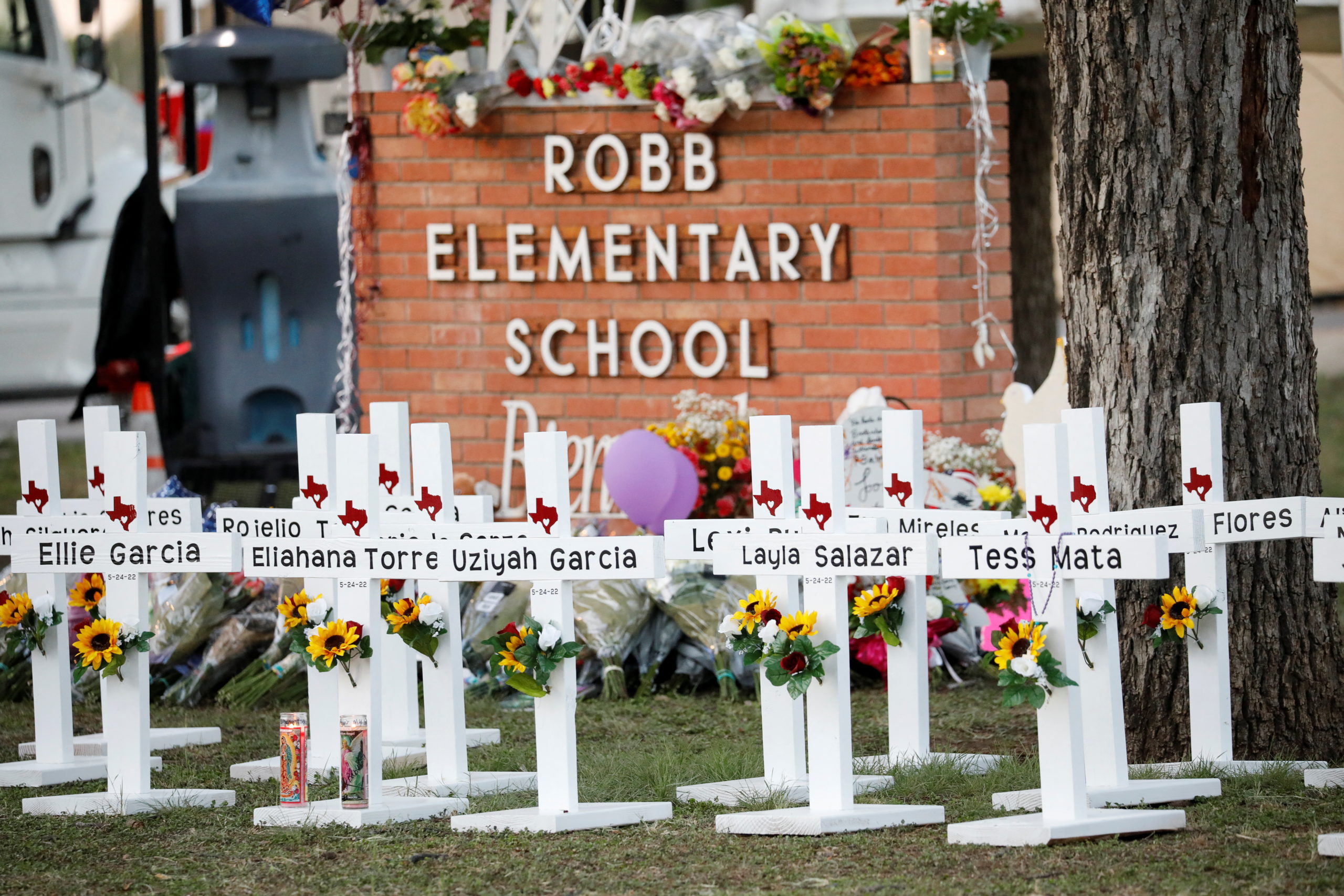 Crosses with the names of victims of a school shooting, are pictured at a memorial outside Robb Elementary school, after a gunman killed nineteen children and two teachers, in Uvalde, Texas, U.S. May 26, 2022. REUTERS/Marco Bello

Republican Texas Gov. Greg Abbott said Wednesday that Ramos warned about his plans on Facebook just prior to the shooting. Abbott said Ramos posted roughly 30 minutes before going to the school that “I’m going to shoot my grandmother.”

He then posted “I shot my grandmother” before posting “I’m going to shoot an elementary school” just 15 minutes before carrying out the deadly attack, according to Abbott.

Meta spokesperson Andy Stone said the messages described by Abbott “were private one-to-one text messages that were discovered after the terrible tragedy occurred.”

The messages Gov. Abbott described were private one-to-one text messages that were discovered after the terrible tragedy occurred. We are closely cooperating with law enforcement in their ongoing investigation.

“We are closely cooperating with law enforcement in their ongoing investigation,” Stone added.