West posted a series of messages to his account, some within mere minutes of one another. “Don’t let Kris make you do playboy like she made Kyle and Kim do,”  West said. “Hollywood is a giant brothel,” he said. “Pornography destroyed my family I deal with the addiction instagram promotes it Not gonna let it happen to Northy and Chicago,” West wrote on Instagram.

West’s posts seemingly took aim at Kris Jenner for supporting and promoting Kim Kardashian and Kylie Jenner’s participation in Playboy magazine. West also named Hillary Clinton and Mark Zuckerberg in his social media rant when he taunted them by writing “Hi Hilary Hi Mark You gonna take me off instagram :)” He also dragged Charlamagne tha God in his one-sided conversation.

“My kids going to Donda They not going to Sierra Canyon Charlemagne the God and Kris Get your motherf*cking popcorn,” West wrote. This was an apparent reference to his disagreement with his ex-wife when she reportedly chose to send their children to Sierra Canyon school in California, according to

West proceeded to share a screenshot of a message that appeared to be from his ex-wife, in which she asks him “to stop” but he persists by writing; “No we need to talk in person you don’t have a say so of where the kids go to school Why you get say say Cause you half white?”

West had a few choice words to share with those that might mistake his rant for an emotional breakdown. “Anybody that says I’m spiraling when I express the undeniable truths is a sheep. STFU and worry about you’re own kids,” West declared.

“I obviously am dealing with wars at the highest levels of control and discrimination based on the level that I’m operating at,” he said before drawing a comparison between himself and an orchestra director. “A conductor gotta turn they back to the audience to direct the orchestra,” West added. (RELATED: ‘You Need To Own Up To Your Sh*t’: Kid Cudi Says Kanye West Acted Like A Baby Over Kim Kardashian Break-Up)

“Oh Ye crazy Is basic as f*ck at this point I’m simply right I know girls who sell p*ssy that don’t agree with how my daughters are displayed,” West wrote in one post. 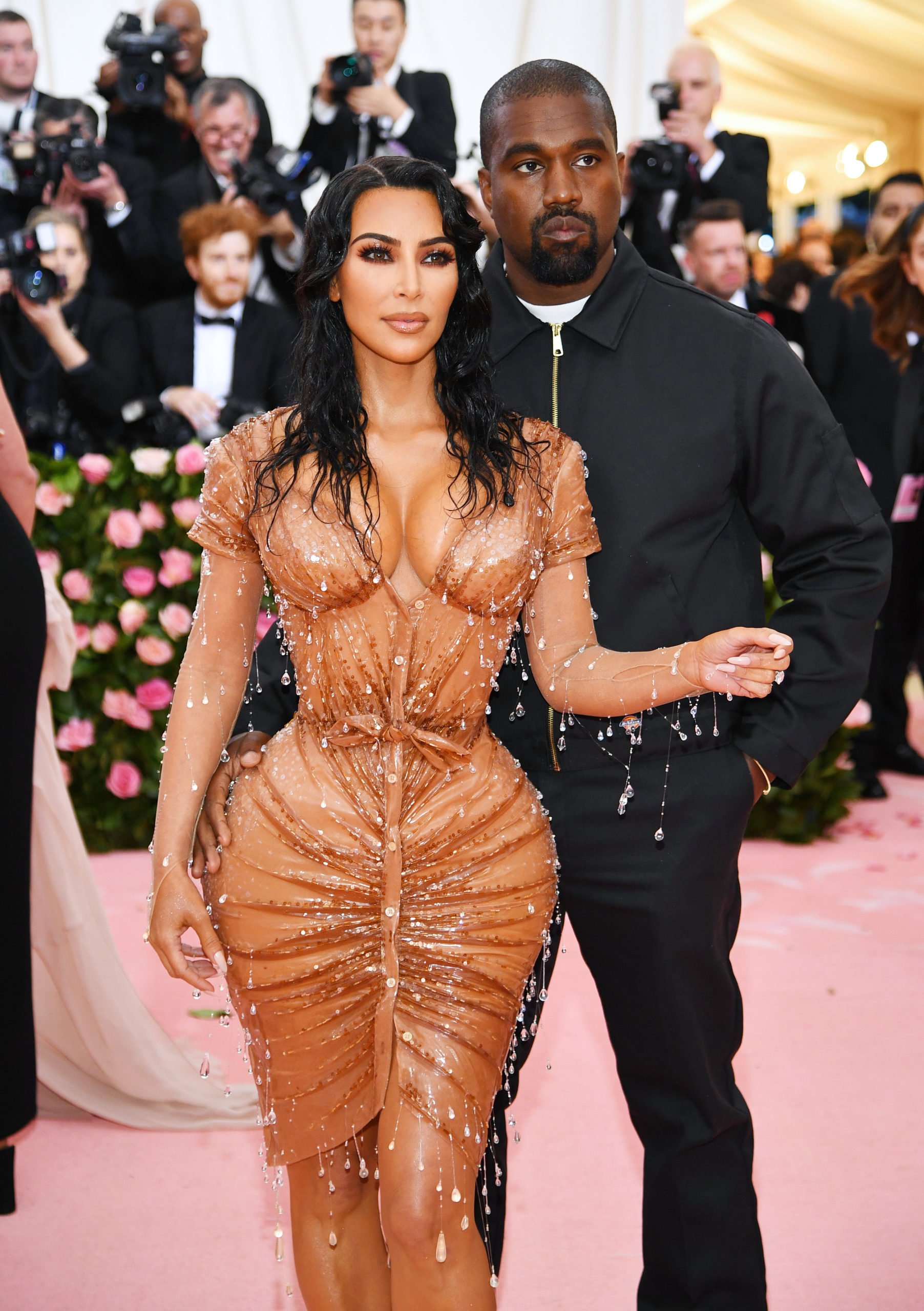 NEW YORK, NEW YORK – MAY 06: Kim Kardashian West and Kanye West attend The 2019 Met Gala Celebrating Camp: Notes on Fashion at Metropolitan Museum of Art on May 06, 2019 in New York City. (Photo by Dimitrios Kambouris/Getty Images for The Met Museum/Vogue)

His tenth message within a 3-hour time frame read, “I was driven crazy before I’m not going crazy no more It’s not up to Calabasas or Hulu where my kids go to school I’m not the crazy one here.” West continued by saying “It’s up I won’t stop until I have a say so on my kids no matter what it legally takes,” and captioned that message with the words, “Come and get me I’m a man of God The fathers job is to be the bad guy some times So Trevor Noah come speak on my family so I can be the bad guy.”