John Kerry reiterated his concerns Thursday that the Russian invasion of Ukraine would distract the world from the pressing need to address climate change before it’s too late.

“What’s happened in Ukraine has not helped to concentrate people on reducing [emissions],” Kerry, President Joe Biden’s climate envoy, told The Washington Post. “It’s concentrated people on trying to find substitutes for Russian gas and to meet higher levels of production because of low supply.”

“But it obviously does interrupt the momentum that we had created coming out of Glasgow,” he added, referencing the United Nations climate summit in Scotland in November. (RELATED: Democrats Send Flurry Of Mixed Messages On Oil, Gas Production In Just 24 Hours)

Kerry previously warned that Russia’s aggression in Ukraine would cause people to lose “focus” on climate change days before Russian President Vladimir Putin ordered troops into the neighboring nation in February. The State Department explained the comments were made before the attack and that Kerry condemned the invasion.

“Secretary Kerry strongly condemns the unprovoked and unjustified attack by Russian military forces,” a State Department spokesperson told the Daily Caller News Foundation at the time. “On Monday prior to the attack, he was asked about the climate implications of a potential future conflict.” 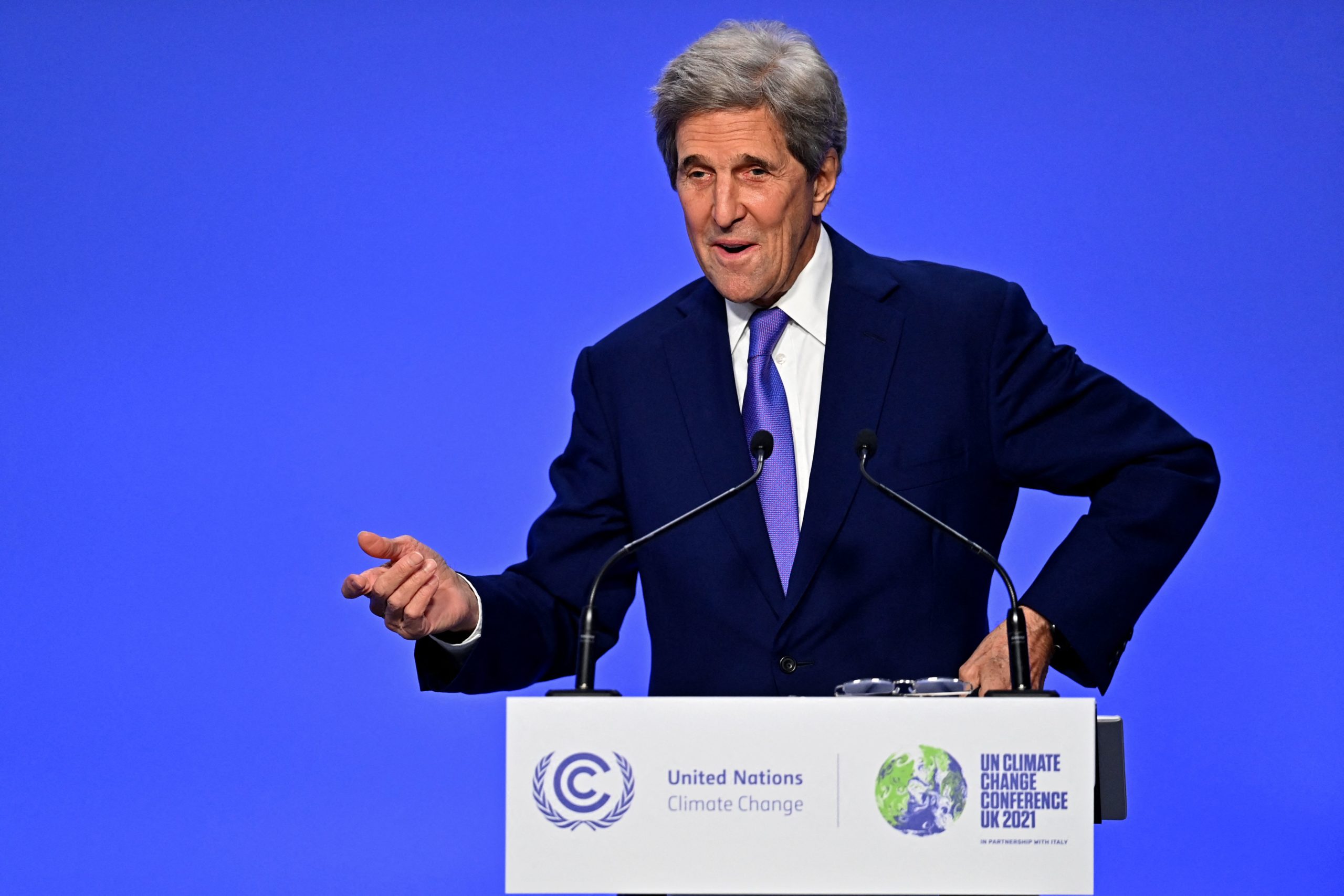 The invasion has severely disrupted the global natural gas and crude oil market, causing high energy and gasoline prices in both the U.S. and Europe. In response, Biden has announced two massive releases of oil from the Strategic Petroleum Reserve, encouraged oil companies to drill on unused leases, agreed to send more natural gas supply to Europe and reopened oil and gas drilling on a more limited basis.

Biden even touted his actions on energy during his State of the Union address before Congress in March. However, left-wing lawmakers pushed back and said the U.S. should seek to cut itself off from fossil fuels altogether.

“When we talk about releasing strategic reserves, these are short-term solutions in order to prevent price shocks,” Democratic New York Rep. Alexandria Ocasio-Cortez, a member of the “Squad,” told MSNBC following Biden’s speech. “We shouldn’t be relying on fossil fuels to begin with.”

In addition, Democratic Rhode Island Sen. Sheldon Whitehouse said that switching to renewables would lower costs and “insulate consumers from price spikes” while Democratic California Rep. Ro Khanna added that the U.S. must launch a “moonshot to invest in renewable energy” to lower energy prices long-term.

The Department of State didn’t immediately respond to a request for comment from the DCNF.