The Republican National Committee (RNC) is blasting President Joe Biden and senior members of his administration as “working for the wealthy,” citing their mocking of issues like inflation while promoting policies that would primarily benefit upper-class individuals.

Gas prices reached $5 per gallon for the first time in U.S. history in early June, while the Consumer Price Index has increased 9.1% over the twelve-month period between August 2021 and July 2022. The RNC noted that top officials like Chief of Staff Ron Klain and Energy Secretary Jennifer Granholm have responded dismissively to price increases. Klain promoted the claim that inflation is a “high class problem,” while Granholm joked about having a “magic wand” to lower gas prices.

“Biden’s out-of-touch agenda is subsidizing the affluent while leaving hardworking Americans behind. The Biden administration has repeatedly dismissed, mocked, and laughed at the struggles of American families,” the RNC said in a Friday release.

The release cites the Biden administration’s promotion of policies like tax credits for electric vehicles and student loan forgiveness as evidence for its claim. The RNC labels the loan forgiveness plan “welfare for the bourgeoisie.” (RELATED: Democrats Are Pushing For Student Loan Forgiveness. Who Would It Benefit?) 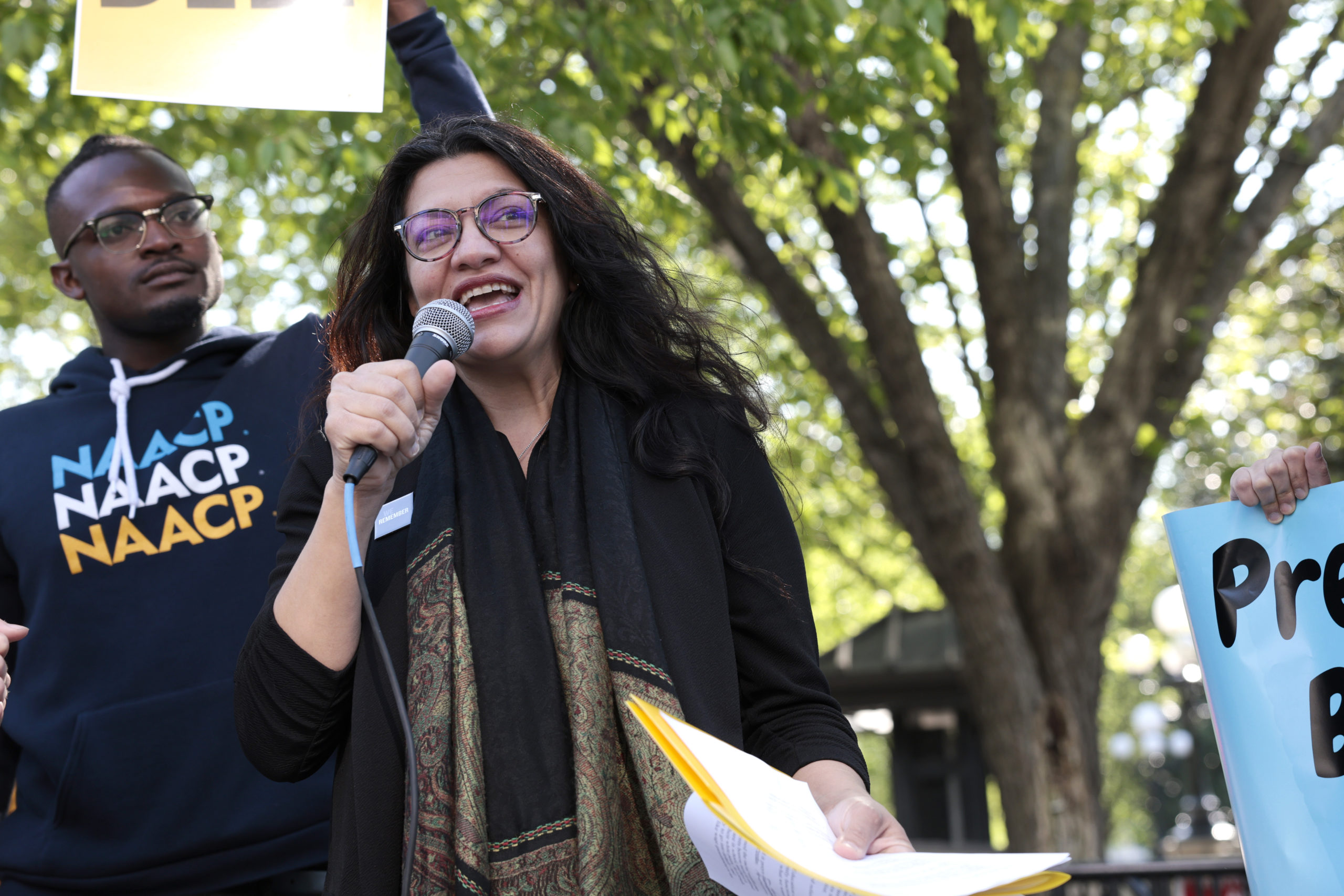 WASHINGTON, DC – APRIL 27: Rep. Rashida Tlaib (D-MI) speaks at a Student Loan Forgiveness rally on Pennsylvania Avenue and 17th street near the White House on April 27, 2022 in Washington, DC. Student loan activists including college students held the rally to celebrate U.S. President Joe Biden’s extension of the pause on student loans and also urge him to sign an executive order that would fully cancel all student debt. (Photo by Anna Moneymaker/Getty Images)

In some cases, elected Democrats themselves would benefit from the policies they seek to implement. Thirteen of the most prominent supporters of student loan debt forgiveness owe up to $1.5 million in student loan debt themselves. New York Rep. Alexandria Ocasio-Cortez owes up to $50,000, while the husband of fellow New York Rep. Grace Meng owes up to $250,000, financial disclosure forms show. More than half of all student loan debt nationwide is held by individuals with graduate degrees, even though graduate degree holders constitute only one-fourth of borrowers.

An electric vehicle tax credit, which some left-wing representatives pushed during reconciliation negotiations, would also benefit upper-class Americans. According to a 2019 Fuel Institute survey, “the average EV owner continues to be male, aged 40-55 years old, with an annual household income of more than $100,000.” Ocasio-Cortez famously drives a Tesla.

Top Republicans have called on their party to emphasize a working-class message ahead of the 2022 midterms. Indiana Rep. Jim Banks, the chairman of the Republican Study Committee, urged the GOP to embrace being “the Party of the Working Class” in March 2021, while senators like Marco Rubio of Florida and Mitt Romney of Utah have proposed reforming the child tax credit.