Democratic California Sen. Kamala Harris is widely considered a favorite to be presumptive Democratic presidential nominee Joe Biden’s running mate, but an old line of attack could prevent her from getting the nod.

Prominent oddsmaker US Bookies currently lists Harris as the overwhelming favorite to be on the ticket, with 5/4 odds. However, Harris’ history as a prosecutor could prevent that from happening, especially amid widespread bipartisan calls for criminal justice reform, following the death of George Floyd. (RELATED: ‘A Good Thing’: Van Jones Praises Trump’s Executive Order On Police Reform)

People join with the group Strategy for Black Lives to protest at Trump Tower demanding police reform and the support of Black Womxn’s Empowerment on June 12, 2020, in New York City. (Photo by David Dee Delgado/Getty Images)

Harris’ record as a prosecutor in San Francisco was heavily scrutinized throughout her presidential campaign. Her decision as District Attorney (DA) to aggressively prosecute parents for truancy entered the spotlight after a 2010 video surfaced showing Harris bragging about the success of those prosecutions. (RELATED: Kamala Harris Appears To Blame Racism, Sexism For Struggling Campaign)

“By shining this infrared spotlight of public safety on the fact that her children aren’t in school … the attendance of her children improved. We dismissed the charges against her, and overall, we’ve improved attendance for this population in San Francisco by 20 percent over the last two years,” she said in the video.

Harris was the star of the first Democratic presidential debate in June 2019, when she lambasted Biden for his past opposition to integrating school busing. Following that debate, oddsmakers made Harris the favorite in the Democratic presidential race, but at a debate the next month, Hawaii Rep. Tulsi Gabbard brought up Harris’ prosecutorial record, and her campaign never recovered. 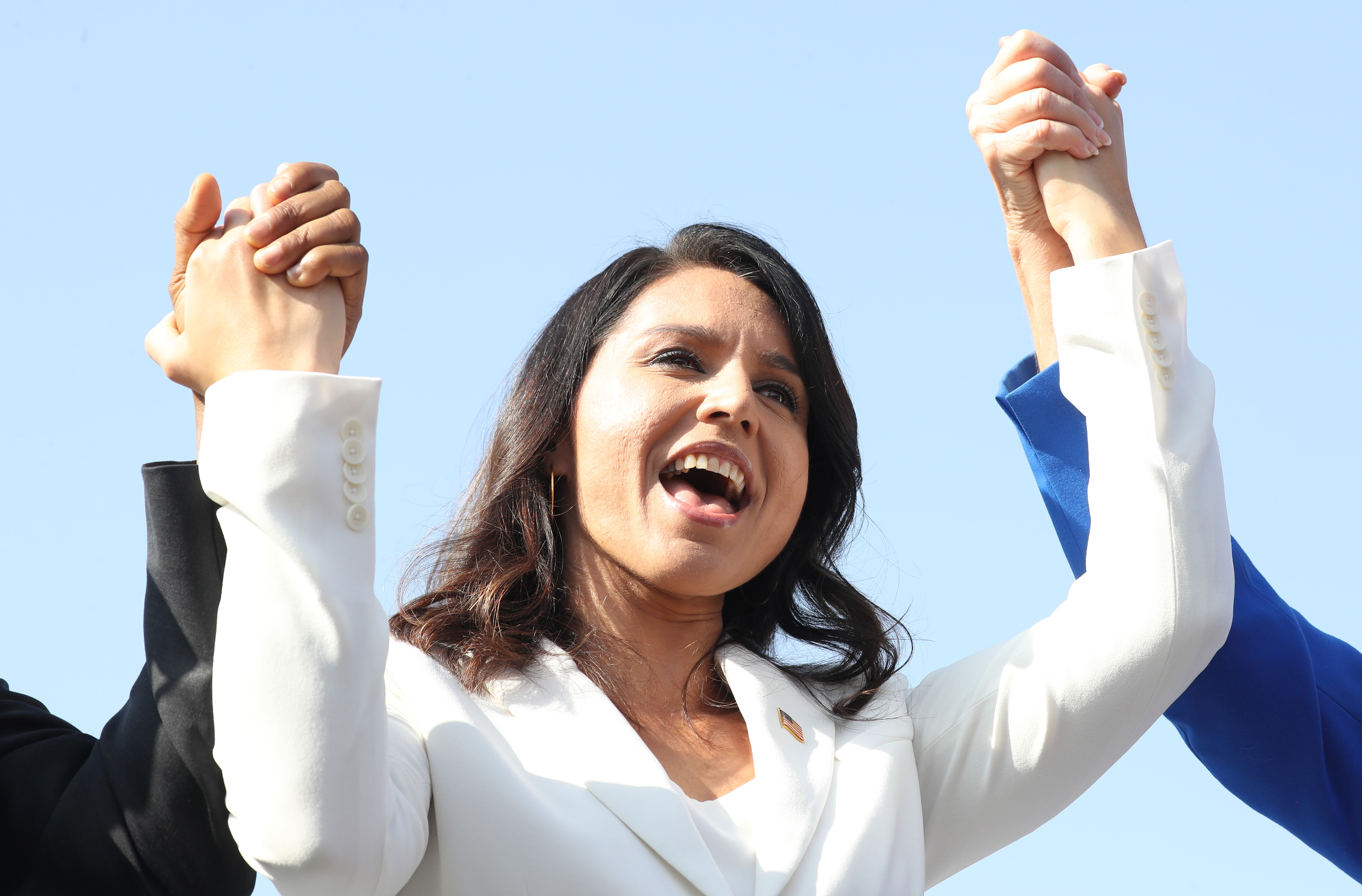 “I want to bring the conversation back to the criminal justice system that is disproportionately, negatively affecting black and brown people today,” Gabbard said during that debate. “Senator Harris says she’s proud of her record as a prosecutor and that she’ll be a prosecutor president, but I’m deeply concerned about this record of Senator Harris.”

Gabbard also called on Harris to apologize to the “people who suffered under [her] reign as prosecutor.”

“She put over 1,500 people in jail for marijuana violations and then laughed about it when she was asked if she ever smoked marijuana,” Gabbard continued. “She blocked evidence that would have freed an innocent man from death row until courts forced her to do so. She kept people in prison beyond their sentences to use them as cheap labor for the state of California.”